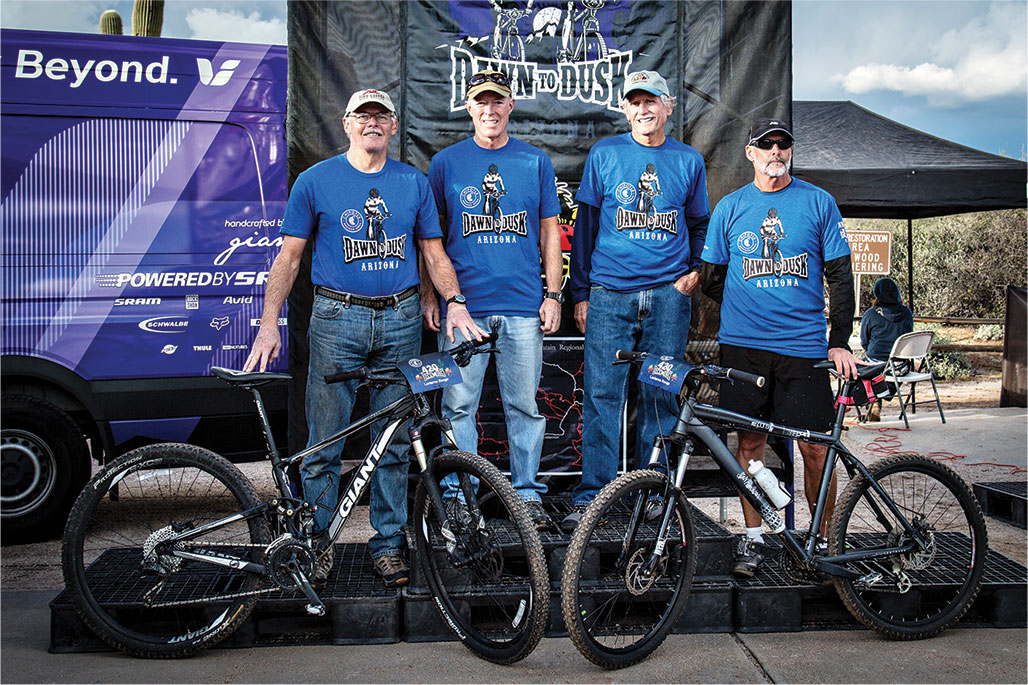 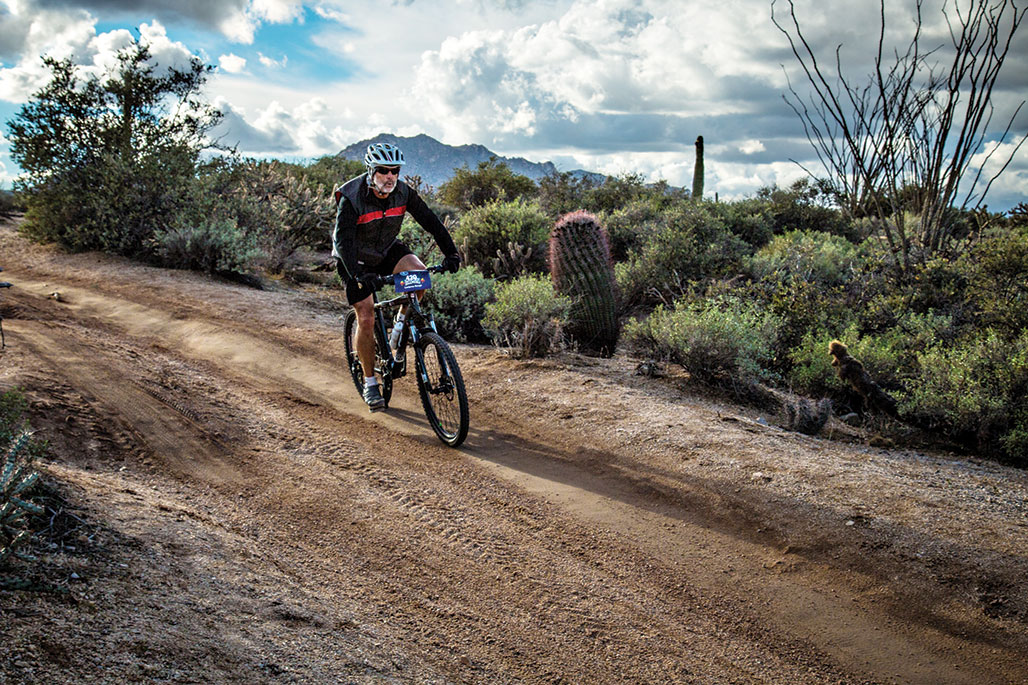 On Saturday, December 13, 2014, four SaddleBrooke mountain bikers competed as a team in the Dawn to Dusk mountain bike race at McDowell Mountain Regional Park in Fountain Hills, Arizona (northeast of Scottsdale). The park is an excellent place to camp, hike, ride bikes or horses and enjoy the beautiful vistas. As the race name implies, riders start at dawn and continue until dusk, attempting to complete as many laps of the bike course as possible. The course is a 16 mile loop through the desert on single track trails with technical turns, some rocky climbs and descents and sandy washes. Riders can compete as solo riders, two or four person teams, with team members switching after each lap. The race has been held annually for several years and is very popular with several hundred avid mountain bikers competing.

The SaddleBrooke four member team was comprised of Mike Buckley, Jack Allison, Bob Shea and Rodger Bivens. Each team had a name—with the SaddleBrooke team carrying the name of Lanterne Rouge (the name of a special award given in the Le Tour de France race; we won’t say what for!). The team assembled (with our lone cheerleader/supporter, Peggy Shea) on Friday in the campsite at McDowell Park and prepared for the start of the race the following morning.

Unfortunately, Friday night the storms came and brought plenty of rain which lasted until the early morning. It was necessary to alter the race course to protect an environmentally sensitive part of the park. But the rain had stopped and the race was still on—so at 7:22 a.m. the bullhorn sounded for the start. The start commenced on the paved road for close to two miles, allowing the riders to spread out before hitting the trail. The first lap completed by the riders (Mike Buckley in our case) was especially muddy with riders and their bikes ending up caked in mud at the end of the first loop. But as the day progressed, the weather turned nicer and the course became drier and faster.

The main sponsor of the race was Chipotle Mexican Grill and, later in the afternoon, servers provided gigantic burritos for the competitors to eat. The Lanterne Rouge team rode steadily with each member riding at least one loop—and Mike Buckley and Jack Allison riding two. Our team appeared to be the oldest group competing as later was reflected in the results which proved that our team name was a deserving one! But the race venue was exciting with all of us having great fun. A sense of achieving a solid accomplishment prevailed as we enjoyed our beers that evening.