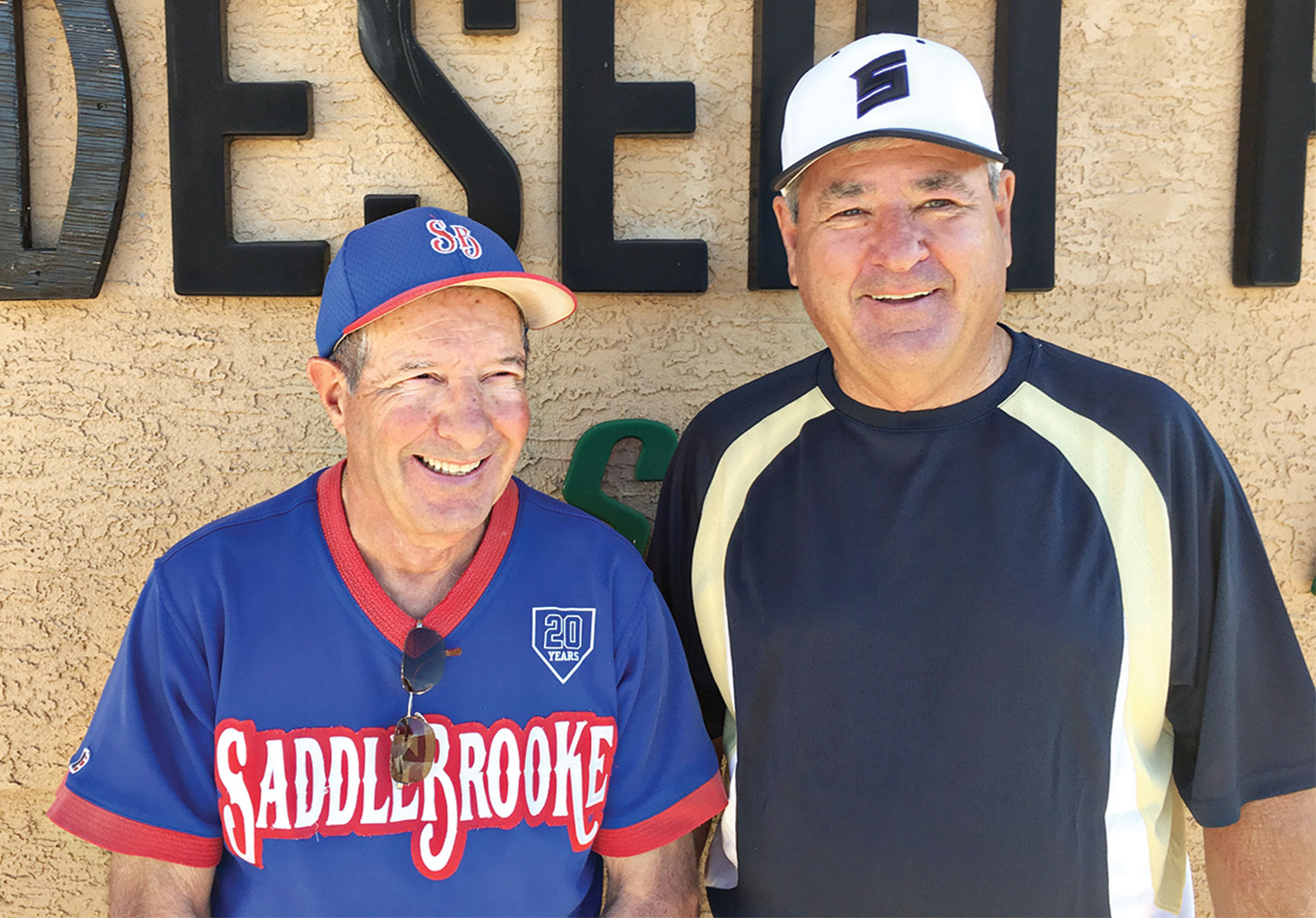 SaddleBrooke Softball stretches beyond our retirement community. We have a number of current players who reside here who have stamped their softball skills on teams outside of SaddleBrooke. Currently, nine of our residents play on an over 65 league in downtown Tucson for the Copper Health sponsored team. That roster includes Paul Auster, David Bohlman, Bob Chiarello, David Fuller, Len Gann, Mark Hojnacki, Stu Kraft, Lynn Laureys and Peter Romeo. The team is managed by Terry McNellis and is currently in second place with a 28-8 won/loss record with three weeks left in the six-month Thursday season.

Ron Quarantino and Len Gann have played on tournament teams for years, each participating on teams which have won World Championships. “Q” is currently playing on an 80-year-old AAA team out of California and has four WC rings. Len Gann played with the powerhouse Ruth Realty team out of Seattle and sports two WC rings, in addition to being named on the All World team three times. Since arriving in SaddleBrooke in 2015, Len has been the best hitter in the Competitive League for both average and power. As for current tournament play, Len played the last few years with the Arizona Scorpions 60 Majors and will still play with the over 70 Tucson Old Pueblo with SSSA regulars Rick Keagy and Ed Clark in 2019. Clark also plays with the Scrap Iron 70 Major team out of Denver, the POW’s in the Sunday Tucson league and The Insurance Center in Green Valley. Other current residents with a World Championship but no longer on tourney teams are Bill Spevak, Paul Auster, Jon Arem and former resident Steve Garceau.

Lynn Laureys played with an Illinois team which won the Winter World 70 AAA title last year in Las Vegas. Mark Adolph plays for the Arizona Ballers 60 AAA team and has been a great addition to our league since his arrival in SaddleBrooke. Oro Valley resident and SSSA player Bob “Kenny” Chesney just returned from the Tournament of Champions event in Florida playing for the Los Vatos 60 AA team. Kenny will be playing for the Denver based 65 Major Scrap Iron High Octane team this year as will SSSA President Mark Hojnacki.

Last by not least, our brightest and best female player in SaddleBrooke, Debbie Sequin, plays three days a week in our leagues, Sunday TSSL and in Green Valley. If that’s not enough, she then travels and plays tournament ball with the Twisted 55 team out of Glendale and the Sho-Me 55’s from Missouri. So, who says retirement is all about relaxing? Staying active in golf, softball or whatever outlet you enjoy keeps us all feeling young and fit.

SaddleBrooke softball is played every weekday at the facility off of Oakwood Drive. Come down and watch some of these talented players or join us at one of our practice sessions and get involved. If interested, contact Mark Hojnacki at [email protected]