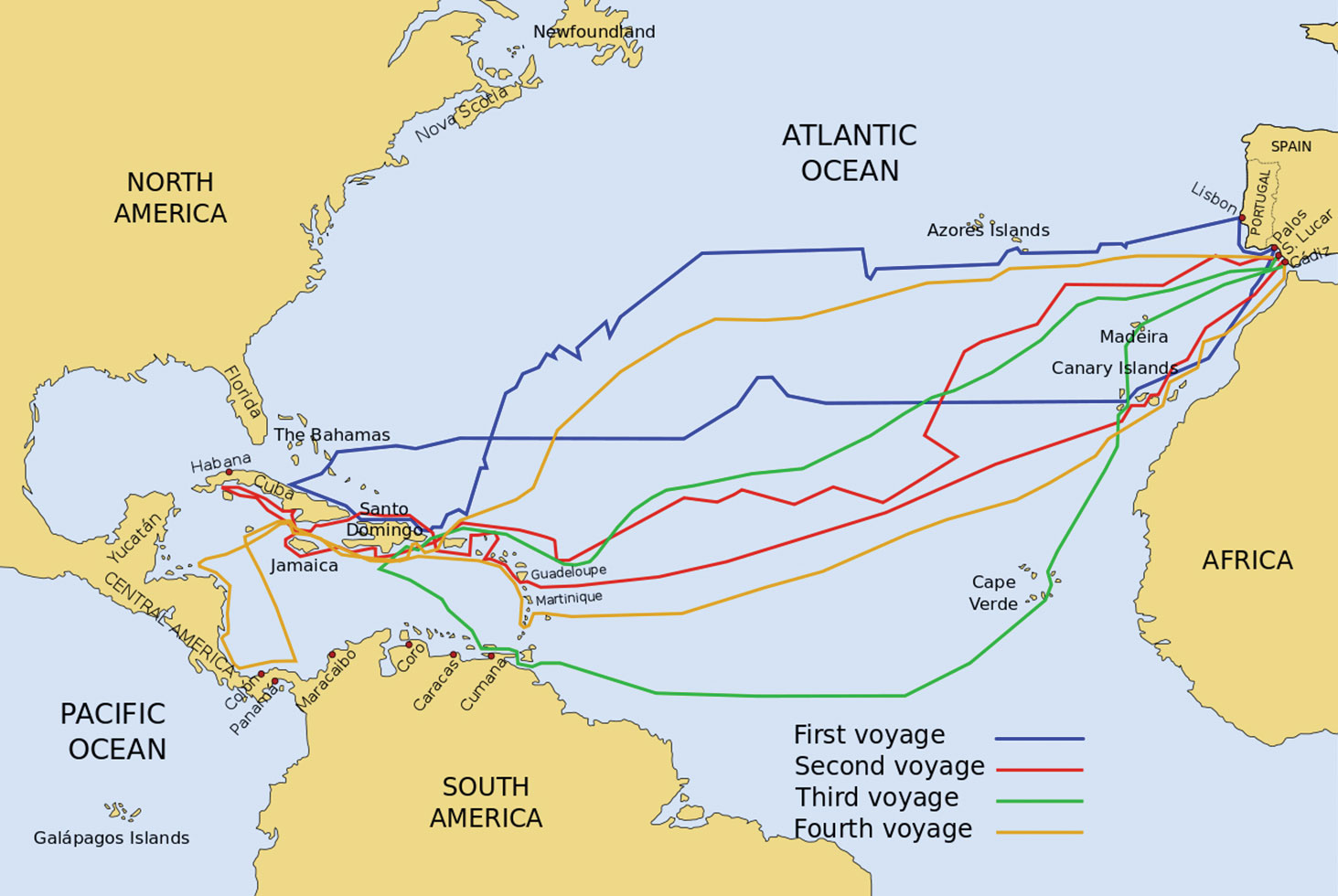 How Chris did it

How Christopher Columbus and his contemporaries navigated the oft angry and unknown oceans has long been debated. Like a chef who hides a few tidbits from a renowned recipe, great navigators kept relevant secrets of their navigation prowess close to their chest. Some assumed that Columbus ignored the celestial sphere and used a rudimentary and errant compass to bravely explore the unknown. But evidence, including Columbus’ sailing logs, navigation experts and early charts, support Columbus’ reliance on fixed latitude, using the culminations of circumpolar stars for guidance. Latitude Sailing Exploration (LS) consisted of sailing roughly north or south to a known reference, say an island, turning right or left, and while attempting to maintain that relative latitude, sail on the parallel until you hit something big, like another continent! Rudimentary tools for LS were the “kamal,” “latitude hook” and the “mariner’s quadrant.” The kamal consisted of a piece of string with judiciously placed knots along its length, passing through a small card. Hold one end of the string in your teeth, place the lower edge of the card on the horizon, the upper edge on a star and count the number of knots. Amazingly, relative latitude measurements to about a degree, or around a 90 mile error, could be achieved. The mariner’s quadrant was a bit more sophisticated, consisting of a plumb-bob mounted against an arc on a plate graduated in degrees. A sighting on Polaris could provide relative measurements within a degree when sighting from a non-pitching ship.

Longitude measurements were attempted similarly using a “cross-staff.” However, obtaining accurate measurement of small angles was difficult, and coupled with the lack of reliable ephemeris corrections, resulted in longitude prediction errors of 1500 miles or more. Best to expect a continent or some large landmass lay off the bow!

The accompanying composite rendition of Columbus’ four voyages depict a very cautious mariner on his first voyage (blue), adhering to LS for extended distances both on outbound and inbound legs. But on subsequent voyages, since he now had his target latitude, he could simply dead reckon for extended distances, using star observations to keep his voyage within desired latitude limits. Gutsy, definitely! Lucky, certainly! However, on his fourth voyage, Columbus did encounter hurricane weather resulting in damage to several ships.

So treat yourself to a Google, type in Columbus and enjoy a wealth of information on the history and adventures of ‘ol Chris: oftentimes factual, many times deductive, some pure blarney and yes, some despicable.