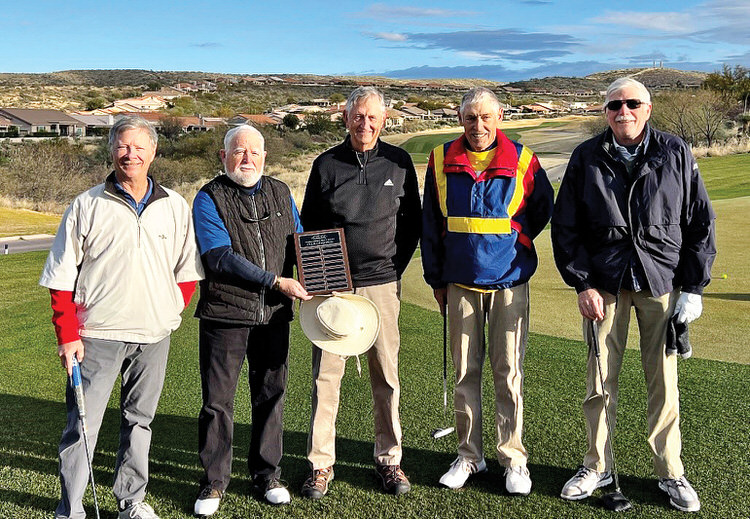 This is the first SaddleBrooke Men’s Niners Club Championship tournament after more than 12 years of the club’s existence. The event was very well attended, with more members participating most days than an 18-hole group put on the SaddleBrooke courses! This will be an annual event going forward, joining our other planned activities.

The Club Championship format consists of three tournaments played on three consecutive Wednesdays simultaneously with normal Niners tournament play. Flights were determined on the Monday before the first day of activity. Club membership and playing in all three weekly games was required by the rules. No additional fee was required to play beyond the weekly tournament and normal green fees. Prizes were completely funded by the SaddleBrooke Men’s Niners Club. Full listing of the score sheets can be found on the Niners’ website. Tournament play was completed on Jan. 26.

Congratulations to the winners!