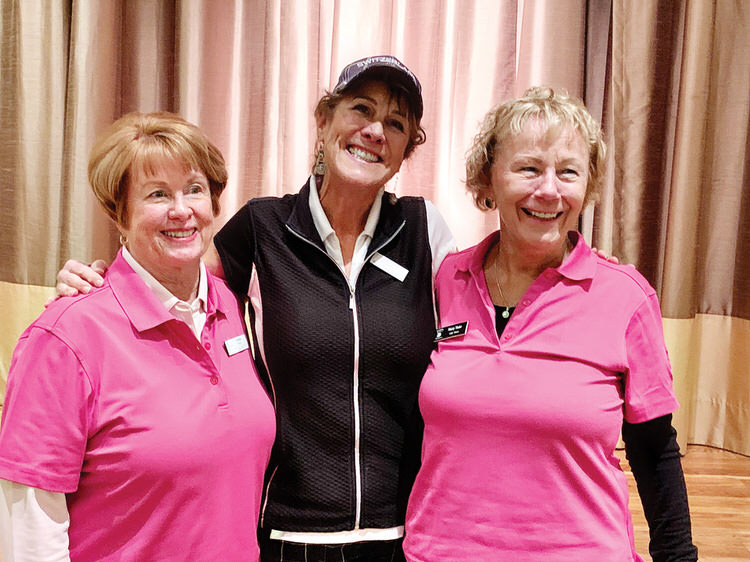 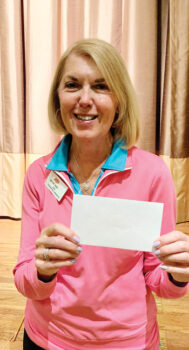 Closest to the pin, Bonnie Wertz 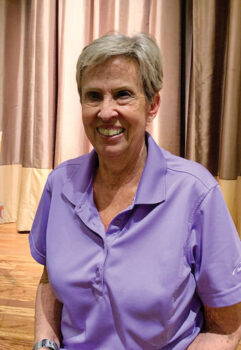 The Crossing the Brooke fun day of golf is when SaddleBrooke TWO Niners and SaddleBrooke One Niners invite each other to this annual, reciprocal event. This golf day was held Feb. 8 at the MountainView Golf Club. Co-Chairs Joyce Sutay and Suzan Carter worked hard to make this event a great success.

A fun game called Go Fish was explained to golfers before play began, and mulligans and bunker escapes sold for $1 each.

After each hole is completed, golfers total their gross scores. A fishing pole outside each green revealed which golfer’s scores would be counted as the team score. There was team money won and individually awarded money for closest to the hole and closest to the squiggly line.

Raffle ticket sales culminated with a donation to Women Warriors of Tucson. Foundations for Women Warriors is a unique support organization created for the women veteran community. Half of the money collected was awarded to golfers by a raffle ticket pull.

The luncheon was held in the MountainView Ballroom, where golf pro Matt Hudson created a winners list and announced the winners.

Thank you to the SaddleBrooke One volunteers who helped make this event a success.