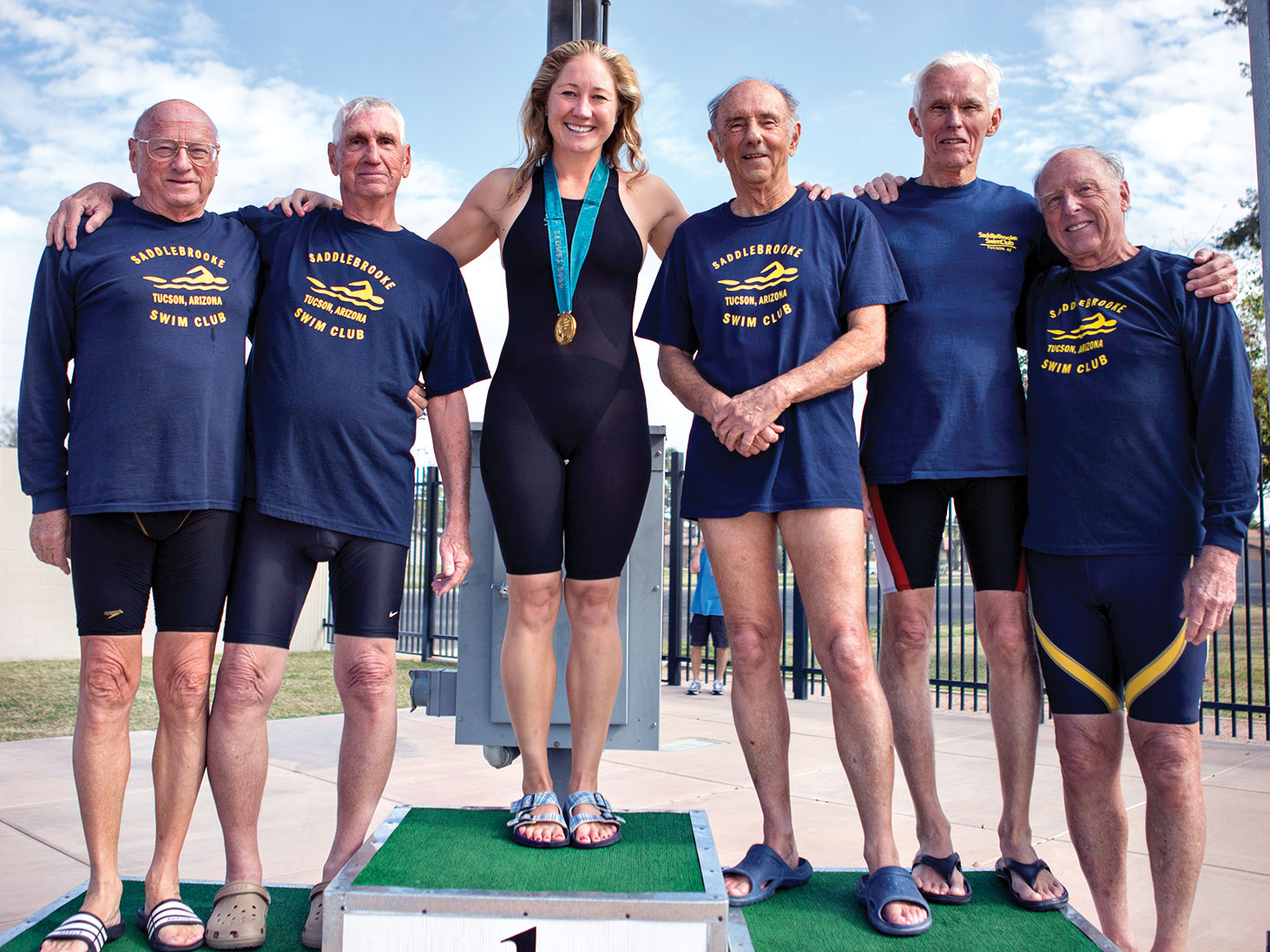 At a time in their lives when many health professionals might recommend a more sedentary lifestyle, five SaddleBrooke Swim Club swimmers received the ultimate honor from U.S. Masters Swimming (USMS): 2014 All American. This very prestigious award is only awarded to those swimmers who achieve the nation’s fastest time for an individual or relay event in their particular age class for the entire year.

By winning two Arizona State Championships (both Short Course Yards and Short Course Meters), 2014 was the most successful year in SaddleBrooke Swim Club’s history. The All American awards received by these swimmers (as well as the four women swimmers mentioned in the companion article) were like icing on the cake. They also received special recognition from Misty Hyman, a 2000 U.S. Olympic Gold Medalist.

The five All Americans for 2014 are Harold Peter, Walt Howland, Glenn Tewksbury, Al Worth and Jack Fritz for the 200 Meter Medley Relay and the 200 Meter Freestyle Relay.

Harold Peter: Harold, the team’s Breaststroke specialist, was the owner of a successful Paint Manufacturer in the Midwest. He also has a world renowned stamp collection that is exhibited world-wide.

Walt Howland: Walt, a former tax accountant for a multi-national corporation, swims Freestyle and Butterfly (but only under protest) and is the self-appointed Czar of the Slacker Lane (aka Lane 6) at the DesertView pool.

Glenn Tewksbury: Glenn swims Backstroke on the medley relay team and is also a very accomplished freestyler. He is probably SaddleBrooke’s premier Globe Trekker, having travelled most of the world’s obscure places with little more than a toothbrush!

Al Worth: Al also received an Individual All American award for the fastest National 500 Yard Freestyle time. A former Safeway executive, he still enjoys the occasional phone call from Safeway when they run into problems!

Jack Fritz: Jack fulfills the team’s need for a swimmer of the toughest stroke, Butterfly. When asked what he did before retirement, he invariably answers, “Everything!”

These swimmers’ accomplishments and subsequent national recognition in 2014 were truly astonishing. Their results did not come easy; each swimmer swims 2000 to 3000 yards three to six days per week. SaddleBrooke Swim Club could not be any prouder of these five great guys for their well-deserved honor and recognition.