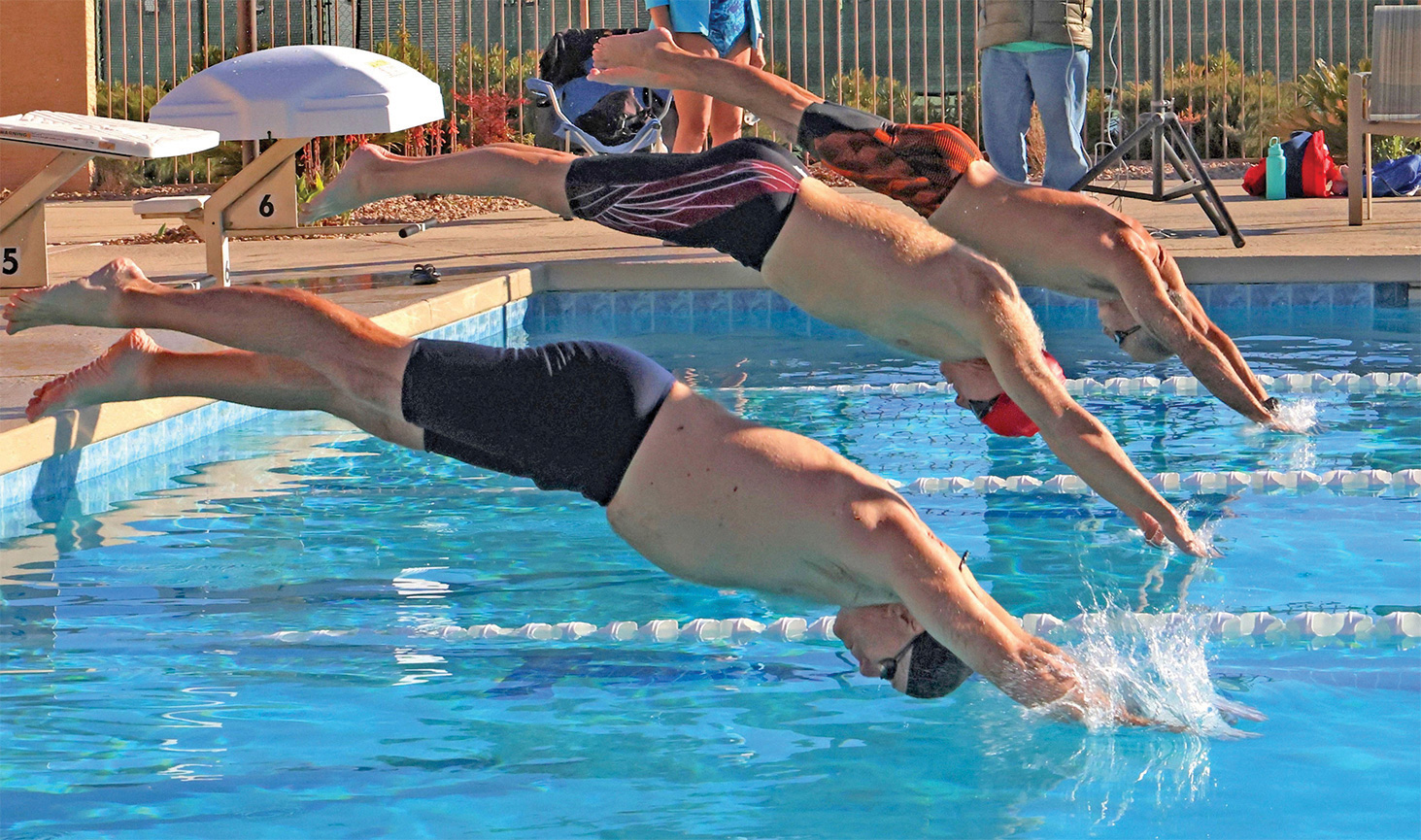 SaddleBrooke Swim Club hosted its first official meet since COVID at our DesertView pool for SaddleBrooke team members only on April 17. There were 15 different events, ranging all the way from the 200 free relay to the 800 free relay and the 200 medley relay to the 400 medley relay. The different age groups in each heat were broken into groups as follows: 55+, 65+, 75+, and 85+. Thirty-eight swimmers participated, with ages ranging from 58 to 90.

All swimmers and officials submitted two forms before entry—one form for COVID-19 and the other a liability release form, and temperatures were taken. No spectators or family members were permitted on the decks. Masks were worn between swimming events. The pool was open at 6:30 a.m.; the women warmed up from 7 to 7:15 a.m., and the men warmed up from 7:15 to 7:30 a.m. Competition began at 7:30 a.m. The meet was finished in three hours, as the meet ran so smoothly and efficiently.

Judy Gillies was the meet referee, and Doug Springer was the meet director. Two timers were assigned to each of the four lanes. The starter was Jay Selknik, the head timer was Mark Randall, and the deck timer was Lyn Moreno.

The meet was very enjoyable for all swimmers. Even though our coaches thought some of the relays probably earned All-American status (first in the nation for this year), we won’t know the outcome until the end of the year when all the nationwide results are submitted.