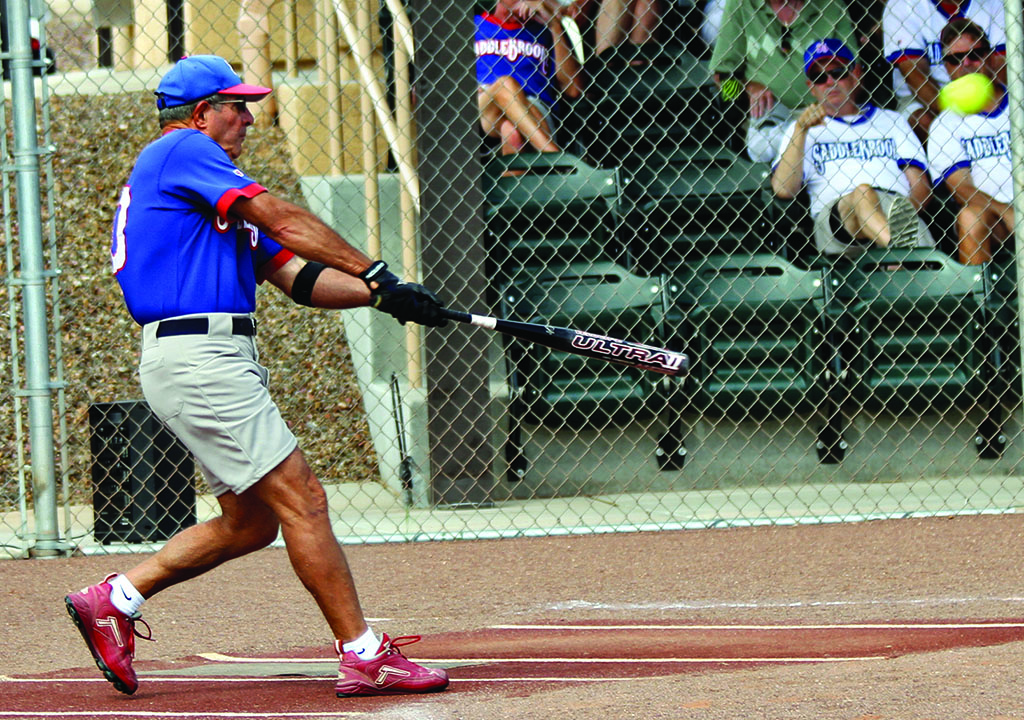 The men and women of SaddleBrooke Senior Softball Association completed the summer season on September 28. Records for our seven leagues are now in the books. Let’s see how your friends and neighbors did.

Tuesday Competitive League – Harold Weinenger led his team, sponsored by Merrill Lynch Jeff Johnson to a solid championship season record of seven wins, only two losses. Bob Chiarello managed Lexus of Tucson at the Automall to two wins and seven losses. Merrill Lynch – Jeff Johnson had 45 more runs than Lexus of Tucson at the Automall over the nine games.

Tuesday Community League – Players Pub, Jerry Cowart as skipper, had a strong season and became champs with their 7 wins and 2 losses. Vern Boothby was the manager of Patrick Shaffer, DDS players who finished second with two wins and seven losses.

Thursday Coyote League – These teams were very close, only eight runs separated them over the season. The first place award goes to Orbitel Communications, led by manager Jack Graef, finishing with six wins and five losses. In close second place, Ed Cussick was in charge of the Off the Wall Furniture Solutions team, who got five wins, six losses on the season.

Friday Community League – We have a tie. Both teams finished with five wins, five losses. Darrell Sabers was manager for the Robson Communities Team, and Mark Forsch was skipper of the Ridgeback Ranch players. Only seven runs separated these teams.

Our leagues are divided by skill level. (Ladies, don’t be afraid to give playing softball a try!) All are welcome to visit our field and check out the action. Fall season has started and games are played every day starting at 8:30 a.m. (except on Wednesdays when we have practice). If you have questions about softball, please contact Ed Cussick at [email protected]