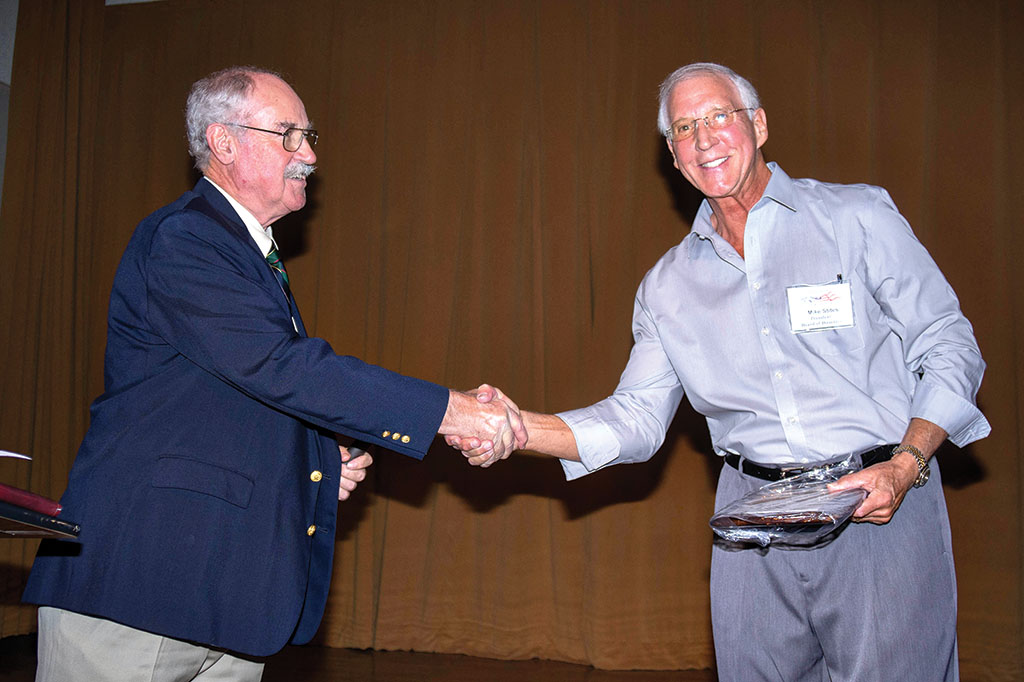 The SaddleBrooke Republican Club opened its general membership meeting at 4.00 p.m. on November 11. The meeting started with a vote by the membership in attendance to vote and accept the following new officers as Board members of the club. Jo Ann Livingston was voted in as the new Events Director. Linda Schuttler was voted to the position of Membership Director and Neil Macdonald was voted in as the new President of the SaddleBrooke Republican Club. Two new members of the Nominating Committee were also voted in; they are Kenneth Schuttler and Bill George. Anita Woodbury and her Nominating Committee did sterling service in interviewing all of the new candidates for their new office. The membership then gave a hearty round of applause for the departing Board members, Mike Stites as retiring President, Roger Woodbury as retiring Membership Director and Wayne Larroque retiring from the position of Program Director.

Our first speaker of the afternoon was Quang Nguyen who immigrated to the United States after the communist takeover of the Republic of South Vietnam in April of 1975. Quang came to America with an older brother at the age of 12. He came without his parents and four other siblings. Quang’s family served proudly with the ARVN (Army of the Republic of Vietnam). The father joined the ARVN in 1955 to fight against communism until his retirement in 1973. Quang’s oldest brother served with the Vietnamese army Second Airborne from 1968-1975. His other brother served as an Army medic from 1973-1975. Quang now resides in Prescott Valley, Arizona, with his wife Mai and children Casey and Sarah. Quang now travels throughout the United States meeting with and thanking Vietnam veterans.

Our second speaker was Dr. Kelli Ward; she is also Senator Kelli Ward and she wears both hats skillfully and with full confidence in her abilities. She earned her BS in psychology from Duke University, her Doctor of Osteopathic Medicine from West Virginia School of Osteopathic Medicine and her Master’s degree in public health from A.T. Still University. She lives in Lake Havasu City with her husband and fellow doctor, Mike Ward, along with their three children. As an Arizona State Senator, Dr. Ward, one of the most committed conservatives in the legislature, introduced the Arizona Fourth Amendment Protection Act, which would “ban the state from engaging in activities which help NSA carry out their warrant less data-collection programs, or even make use of the information on a local level.” Dr. Ward is smart, determined, energetic, personable and dedicated to service to the citizens of Arizona. There is little question that Dr. Kelli Ward is definitely the right medicine to cure Arizona’s ills. She will make a difference and lead the way in 2016 as a valuable voice for Arizona and the nation.