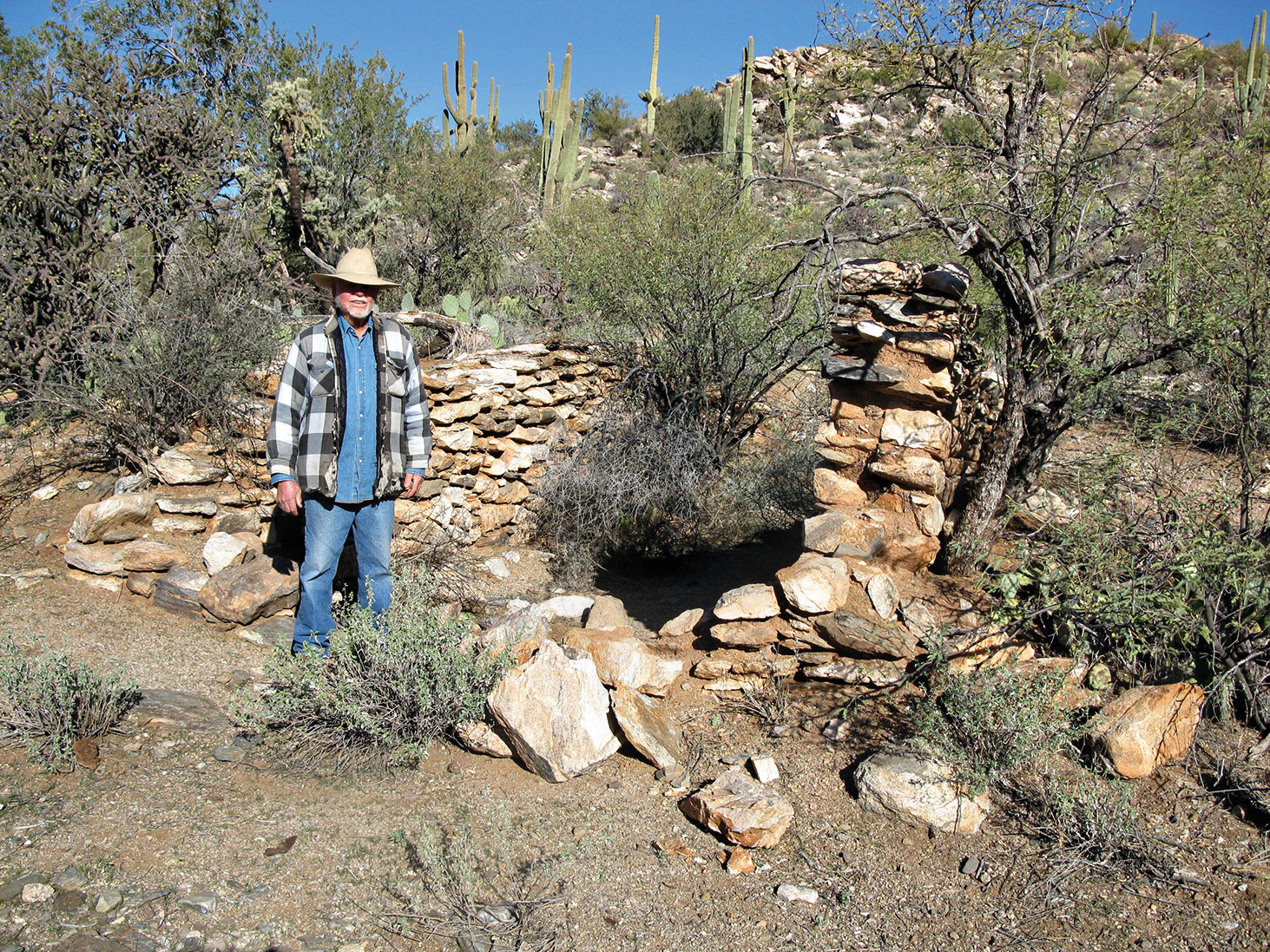 Joe’s obituary provides an account of how he went on from his first lease from George Pusch to finally acquiring ranches from Redington to Winkleman, Willow Springs to Mammoth and a series of ranches near his father’s home place along the Florence Highway — today Route 79. [http://www.legacy.com/obituaries/tucson/obituary.aspx?pid=173809856]

Bill Montgomery, his long-time friend, told me that Joe wanted no memorial service but only that his cremated remains be scattered on Lone Hill, east of his ranch house, where those of his mother and father have reposed for many years. When he died, still living in his father’s home place, Joe’s ranching operations were among the largest in Southern Arizona. I cannot know how many friends he acquired along the way, but his obituary links to a Guest Book where many friends have posted messages about and to Joe. The affection and respect he enjoyed is abundantly evident in these messages.

“Joe, I know you liked this one from James McAfee of Casa Grande.”

“May your pastures always be green and your tanks full, your horse never stumble and your dally never slip.”

Author’s Note: The following was written while Joe was living and the present tense has been retained.

Joe Goff utilizes the U.S. Forest Service Samaniego Grazing Lease where a popular hiking destination, Deer Camp, is located. The lease extends south as far as Cargodera Canyon. He keeps about 102 cows, plus a couple of bulls, on the lease and gets a calf crop of 75 to 80% each year — after allowing for mortality. Here, on the flanks of the Catalina Mountains where rainfall is higher, the Forest Service allows him to graze 10 cows per section (640 acres). On his desert lands (e.g., near his home ranch), he is permitted only six to seven cows per section.

In some areas one of his biggest problems is packs of domestic dogs which revert to pack behavior and kill calves after the mother cow becomes exhausted defending against them. Other calf losses are due to mountain lions, coyotes and lightning strikes.

Joe and Charley own a number of cattle brands. From Rulon Goodman, who ranched the land Eagle Crest now occupies, they obtained the 33 Brand. To obtain the Samaniego lease, Joe acquired the Rail N Brand in 1996 from Paul Beer of the Catalina Cattle Company who had sub-leased from Lloyd Golder, Jr. The first year Joe branded calves with that brand; however, in 1961 he had acquired the 49 Brand from J.E. Thomason. Today all Joe’s cows bear the 49 Brand on the left hip, a branded number on the left shoulder indicating the year of birth, a notched left ear and an ear tag with other identifying information.