We accept obituaries and photos for publication in the “In Passing” column. Please limit the obituary to 300 words or less and submit it and a photo (if you have one)

by email to: [email protected]

or by mail to: Robson Publishing, attention Editorial 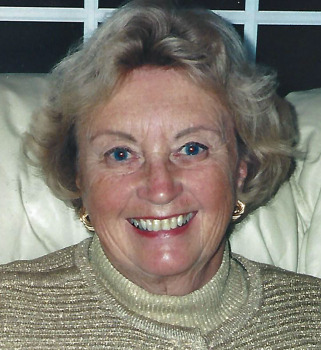 Carol O’Neill, age 84, former longtime resident of SaddleBrooke passed away September 19 in Mentor, Ohio. She was born in Berea, Ohio, the only child of Allan and Agnes Lang.

Carol was an avid golfer, bridge player and world traveler. Her greatest joy was spending time with her family.

A celebration of Carol’s life was held at Mentor United Methodist Church in Ohio on October 28. The family requests that donations may be made to Hospice of Western Reserve, 17876 St. Clair Avenue in Cleveland, Ohio 44110. 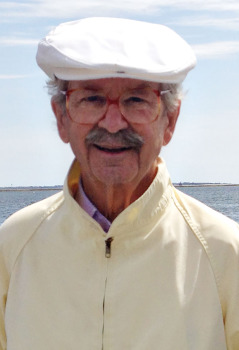 Donald Howard Ennis (a.k.a. Skinny) died peacefully in his home on November 16, 2014, in Charleston, South Carolina, at the age of 87. Donald was born on July 12, 1927, to Claire and Howard Ennis in Rochester, New York; he joined the Navy in 1947 and he attended the University Of Notre Dame Law School and the University of Michigan. Donald had a 26 year career at Goldman, Sachs and Company. He was a consummate sportsman who played handball, sailed in races on Lake Michigan and skied for many years at Aspen, Vail, Sun Valley and Lake Tahoe. In his later years he played golf and attended the USGA-PGA Rules School for three years; in addition to officiating tournaments, he was President of the Sun Valley (ID) Junior Golf Association. Donald particularly enjoyed his participation in the senior choir at St. Thomas Church in Tucson. He was a devoted father, husband and grandfather and a friend who touched many through Catholic charitable causes. His wife, Patricia, whom he loved dearly and to whom he was married for 67 years, predeceased him by only four days. He is survived by his sister Barb (and Hap) Ottenwess, beloved children, Ellen (and Dennie) Dearing, Connie (and Paul) Shapiro, Richard (and Cindy Husted) Ennis, Nancy (and Tom) Tierney, and Andrew Ennis and grandchildren Lucas and Mathew. He lived a full life surrounded by a family and friends who will sorely miss him. 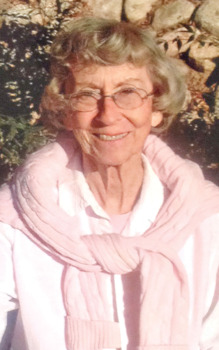 Patricia Anne Ennis died peacefully in her home on November 12, 2014, in Charleston, South Carolina, at the age of 87. Patricia grew up in Grand Rapids, Michigan; she attended Michigan State University where she became a journalist who wrote for the Grand Rapids Press. In addition to raising a wonderful family, Patricia devoted much of her life to charitable causes, sharing her love for life and her generous spirit with others. Patricia was a devoted mother, wife and grandmother and a friend who touched many with her sunny disposition for which she will always be remembered. Patricia was born September 1, 1927, in Grand Rapids, Michigan, to Otto and Fairy Hess. She was briefly survived by her husband of 67 years, Donald H. Ennis, who she loved dearly, and who died four days later, on November 16, 2014. She is survived by her beloved children Ellen (and Dennie) Dearing, Connie (and Paul) Shapiro, Richard (and Cindy Husted) Ennis, Nancy (and Tom) Tierney and Andrew Ennis and grandmother of Lucas and Matthew. Some of Pat’s fondest memories were of her tennis friends at SaddleBrooke. Patricia was also deeply loved by her family and she will be dearly missed.