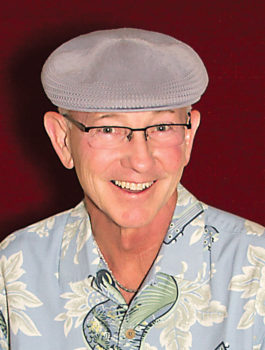 No stranger to SaddleBrooke, Mark Freshwater will be performing at the Oracle Center for the Arts (OrCA) on November 18 at 4:00 p.m. Mark has performed in and around SaddleBrooke, AZ for over 15 years including solo engagements over the last eight years. Mark performs at country clubs, retirement communities, art galleries and private parties and creates his original music in two studios, one here in SaddleBrooke and one at his summer home in Ohio. Mark has produced seven instrumental CDs of original piano music. His stylings which are unique fall somewhere between George Winston and Jim Brickman and fall into the easy listening and new age categories. Mark’s music is being played on over 180 radio stations (FM and Internet) throughout the U.S. and internationally on Jango radio. All his music can be streamed on Spotify.

Earlier this year, his Songbook CD (released 2017) ranked in the top 20 of New Age Music listeners four months consecutively. Mark was honored to have one of his songs selected for the New Age Music Circle’s compilation project Sounds from the Circle X which was released in July 2018.

His upcoming performance will include a blend of his instrumental originals from his sixth album project The Songbook as well as songs of the ’70s, and will include vocal and flute accompaniment. CDs and sheet music will be available for purchase. All ticket sales from this community concert to benefit the Oracle Piano Society. Oracle Center for the Arts is located at 700 E Kingston Street, Oracle, AZ 85623. Complimentary refreshments will be provided. All tickets are $20 (students free with ID). For advance ticket purchase contact Mark Freshwater at [email protected] or phone 614-202-0842. A complete schedule of all OrCA concerts (and advance ticket purchase) can be found at www.oraclepianosociety.org and click on “events.”