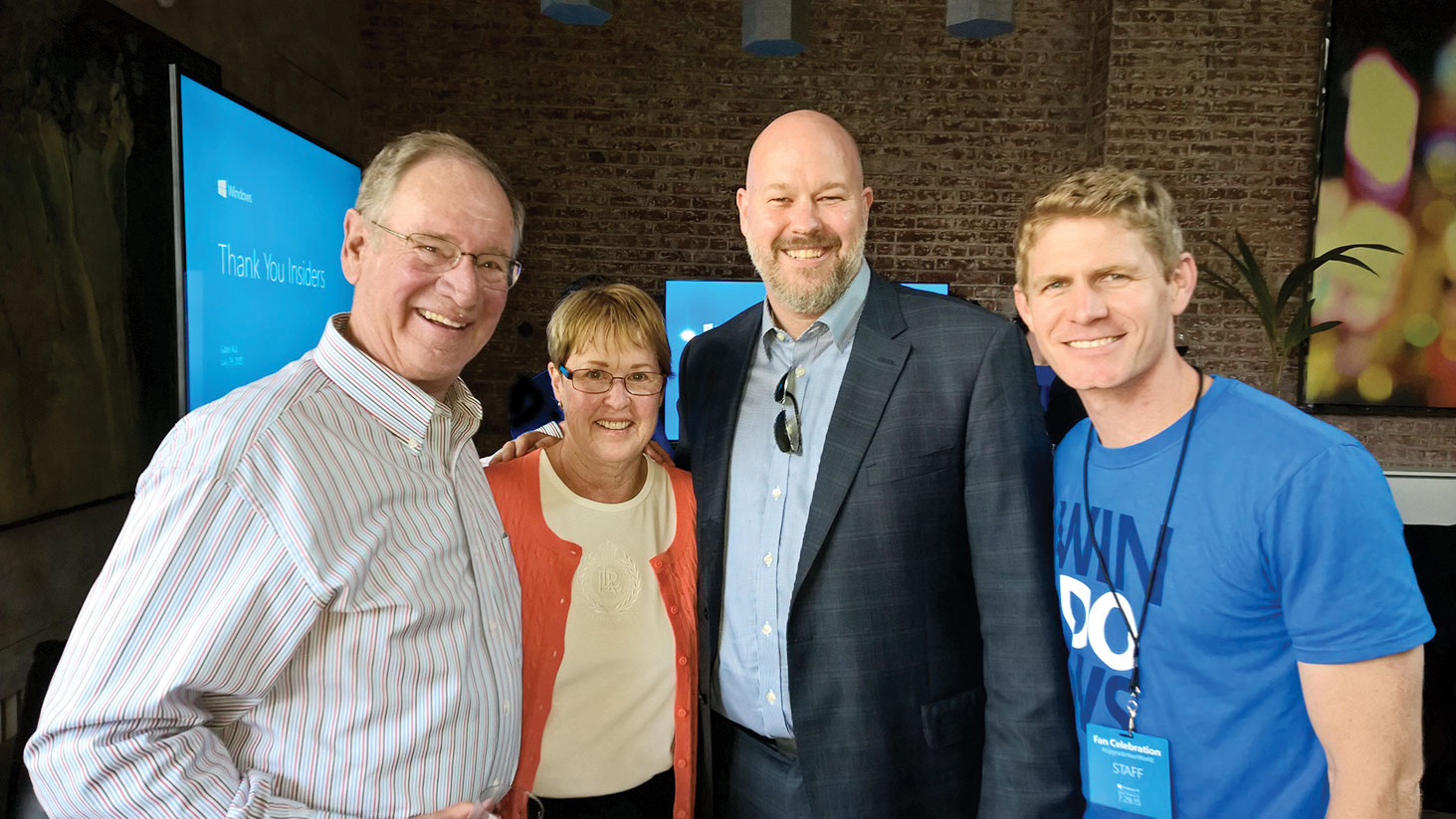 When Jenny Rink was chosen as one of the 10 winners of Microsoft’s International Windows 10 Insider contest in late April, she spent three days at the international headquarters of Microsoft in Redmond, Washington. After meeting with senior Windows leaders and touring the Microsoft campus, Jenny and the other winners kept in close contact through Facebook in the following months. Microsoft said to “keep the July 29 date open” – the date of the Windows 10 launch. In early July, the winners were awarded all-expense paid trips to the Windows 10 Launch Celebration in a location nearest their homes. There were 13 launch parties throughout the world including Sydney, Tokyo, Singapore, Beijing, New Delhi, Dubai, Nairobi, Berlin, Johannesburg, Madrid, London, Sao Paolo and New York City. Since there were only two winners from the United States (from Phoenix and Tucson), they were invited to the New York City launch party along with one guest. It was a wonderful occasion shared with her husband, Joe, who was finally able to meet many of the Microsoft executives that Jenny had come to know while visiting the Redmond campus.