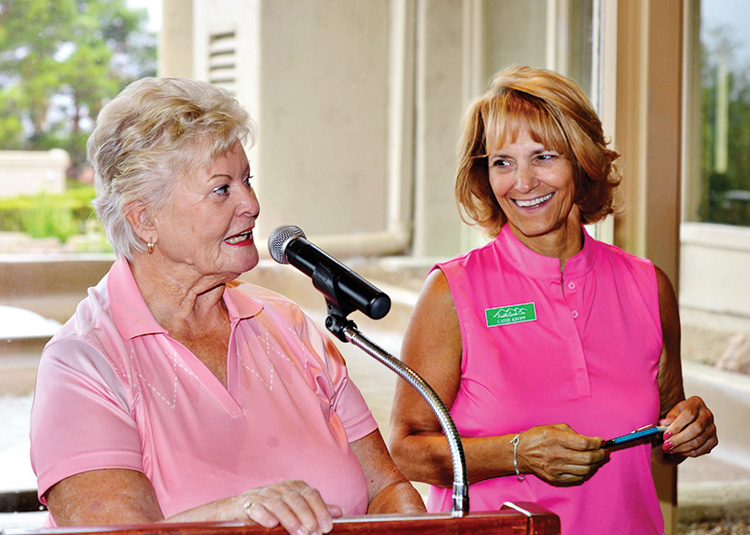 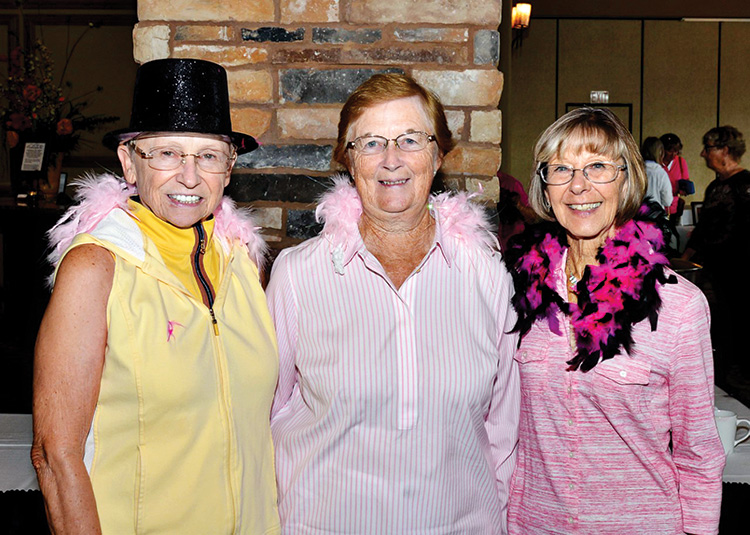 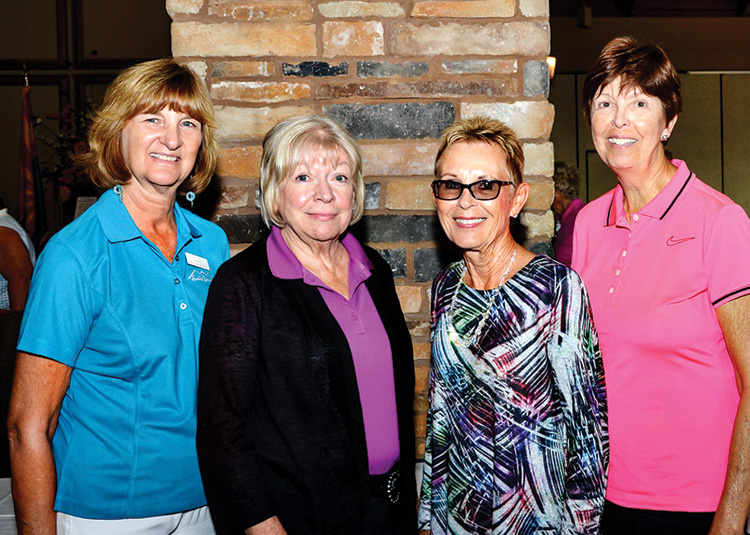 With the beginning of fall, the snowbirds begin their migration to the south. This phenomenon was noticeable as witnessed by the great attendance for the LAGOS Tournament. The annual Ladies’ Amalgamated Golf of SaddleBrooke (LAGOS) tournament, a joint tournament for the Niners and 18ers, was held on Sept. 24. Both leagues alternate hosting this event, and this year the Niners hosted. The theme was Diamonds are a Girl’s Best Friend. Suggested attire for participants was anything pink and sparkly.

Lunch was delicious as usual and thanks to Dr. Todd Haft, DDS each participant was given a “diamond” keychain. The only glitch in the proceedings was that rain caused the course to be closed for the day. However, our inventive tournament chairmen, Robbie Summers and Cathe Kropp, came up with a trivia competition hosted by Hedy Gryszan. Golf trivia questions were posed and the winning teams from the SaddleBrooke and Catalina nines were awarded pro shop credit. Troy announced a 25% discount for the day in the pro shop, and a cash raffle added to the fun with over $300 donated to First Tee of Tucson. Joint competitions between the two ladies golf leagues is always fun for all. Thanks to all who volunteered and attended to make this tournament a real success. Next year’s tournament will be hosted by the SaddleBrooke 18ers.