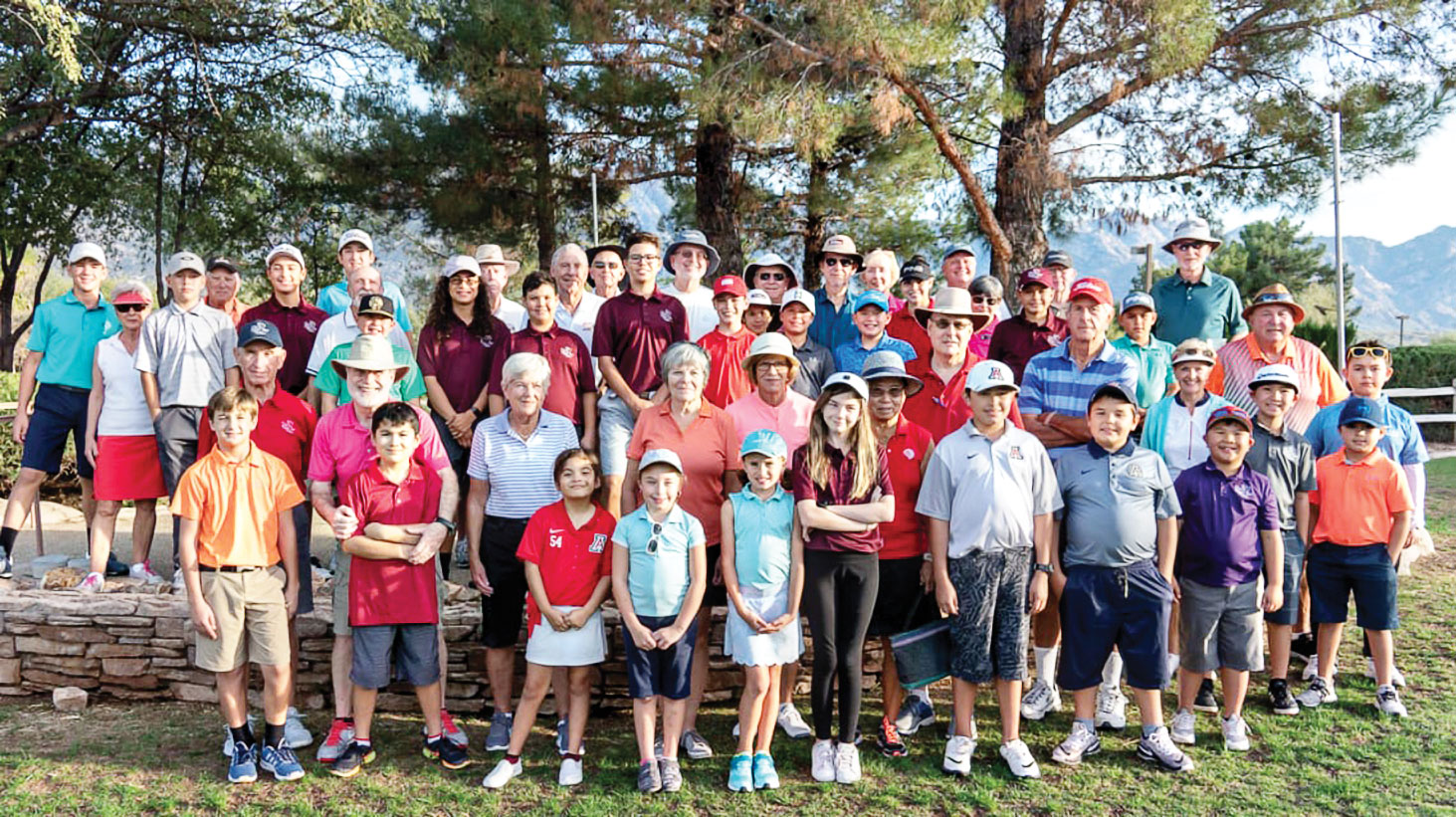 In case you have forgotten, Tim Koch is the MPMGA’s mastermind behind this event. Once again, Tim assembled a world class group of volunteers from the Men’s Club, the MPWGA and from the Lady Niners golf association. Some said that there were 30 or 40 volunteers hosting the 32 players for most of the day. Vicky Gonzalez and Landyn Lewis, Directors of the First Tee of Tucson, were on site all day helping in many ways to keep the day on course.

Volunteers were on hand by 12:45 p.m. and each placed a sign with their name and their player’s name on their cart’s windshield. Players began arriving at 1:00 p.m. and were quickly directed to the cart area to find their assigned host. Yes, it was the normal chaos! For the next half hour or so the players took advantage of all the practice areas; driving, chipping and putting. Then, at approximately 1:45 p.m. Tim Benjamin gathered everyone on the putting green for final instructions. There were many, as you can imagine, for both player and host. Chaos returned when drivers were told to start their engines and head to their starting hole. Gladly, not one accident was reported!

One of the real beauties of this event is that the course is set up to accommodate all levels of ability. Younger and usually shorter hitters play holes that range from 100 to 150 yards. Medium range hitters play from tees that make their holes measure from 150 yards to about 200 yards. The longest hitters play a considerably longer course. It was reported that a few of the older, longer hitters had nine-hole scores in the low 40’s but keeping score was not a requirement. Having fun, laughing constantly, playing a round of golf with your friends on one of our beautiful courses was the only task for the day. Let me assure you that all passed with flying colors and many vowed that they would return next year. Did you know that your club is the only one that hosts a golf outing for the First Tee of Tucson?

When the bell sounded about 4:00 p.m. everyone rushed to the patio area at the Bistro for the traditional pizza and soft drink feast. Rumor has it that they were all overserved and I can assure you that every player repeatedly described their great shots to all their friends. What fun! On a serious note, Tim Benjamin thanked again and again all those who had volunteered their time to help make this another great experience. Bill George, as usual, received rave reviews for constant picture taking. Phil Gray was applauded for the chipping contest he once again held on the ninth green. Some even liked the rules questions he added to the competition. Liz Lawson, Banquet Manager, went over the top to make the luncheon special and Matt Hudson, Director of Golf, was thanked repeatedly for the generous contributions he provided. Thanks again both of you. The great day ended when the MPMGA announced its donation of $600 to the First Tee of Tucson.