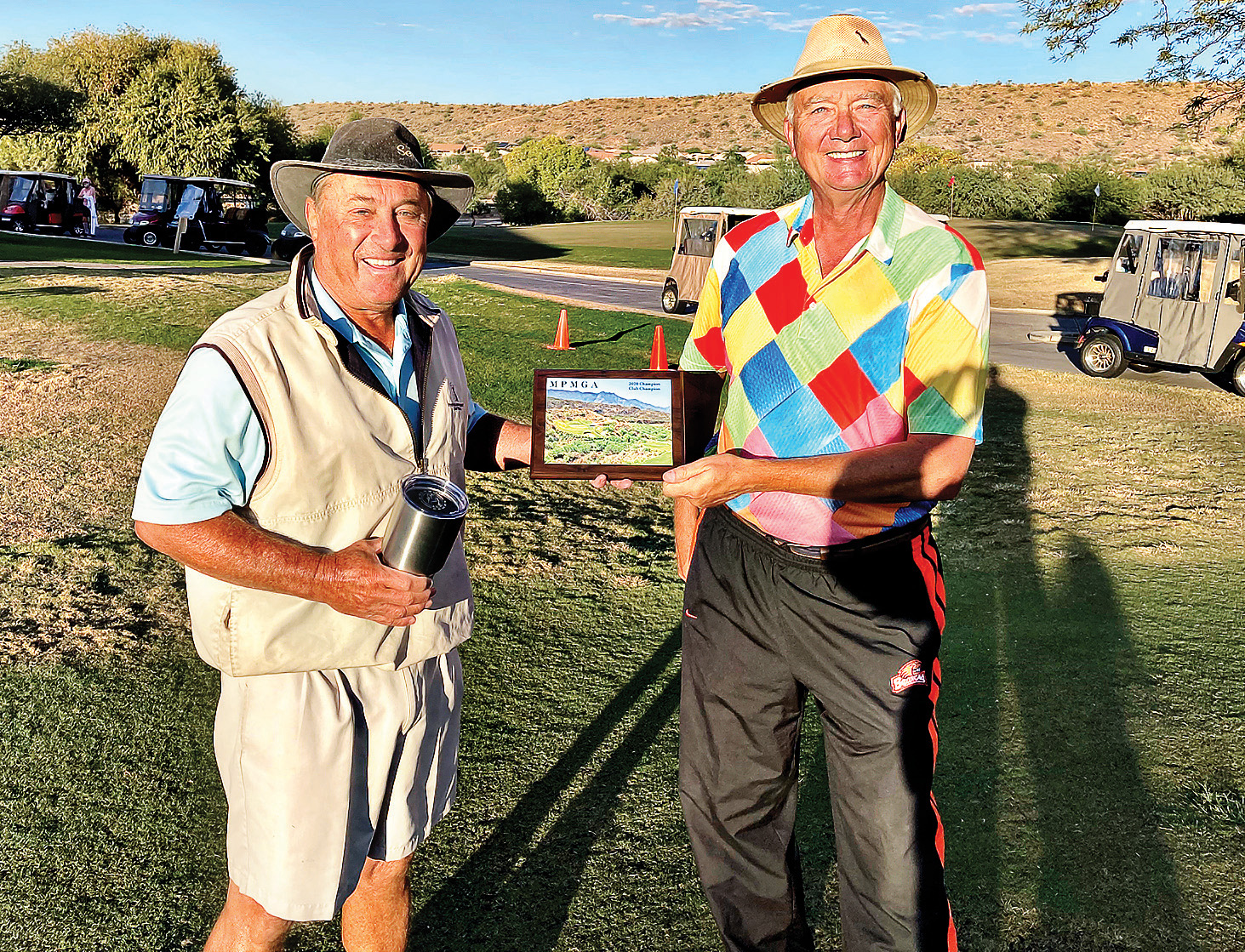 The MountainView Preserve Men’s Golf Association (MPMGA) planned to conduct their 2020 Club Championship on Monday, Nov. 9, and Thursday, Nov. 12. The Nov. 9 round was scheduled for The Preserve and the Nov. 12 round was scheduled for MountainView. More than 90 golfers signed up for this annual event designed to crown our Club Champion. This annual competition is unique for our association because it is the only event played with gross scoring (no handicaps involved). To make this an exciting competition we place our members in flights where they are competing against their fellow members who play the same tees and have comparable ability. We had nine flights for this event with the first three flights playing the back tees and the last six flights playing the forward tees.

When Monday rolled around it did so with Mother Nature influencing the proceedings. With more than a half-inch of rain, the course was restricted to cart paths only and the temperatures were not friendly. As a result, it was decided to postpone the Nov. 9 round and reschedule to the following Monday, Nov. 16.

On Nov. 12 our competitors showed up at MountainView under beautiful skies and calm winds to kick off the 2020 Club Championship. At the end of the day, only four back tee players managed to break 80 with Dennis Marchand leading the way with a brilliant 74, followed by Scott Lundgren with a 75, John Brubaker at 78, and Scott Davis with a 79. These were our frontrunners chasing the Club Championship.

There were two players playing the front tees who also broke 80. Brian Gallup and Dan Linegar each shot 78 with two fine rounds of golf that took each player to the top of their respective flight.

When Monday dawned, it was another brilliant day for golf and we were playing The Preserve. The top four players in each flight were paired so they could see their closest competitors play. Remember we were crowning a Club Champion and nine flight winners by the end of the day.

The top 12 scorers competing for the Club Championship from the back tees went off at the end of the field just in case a playoff might be required. The first group went off at 7:30 a.m. and the last group teed off three hours later at 10:30 a.m.

The day’s play turned out to be every bit as spectacular as the weather itself. Competition across all flights was close and each flight winner had much to be proud of. It was Flight 1, however, that provided the day’s greatest fireworks.

Unlike the first day’s play, 12 players from the back tees managed to break 80. The highlight was Lee Leksell who posted a two-under 70 in the next to last group that gave him a two-day total of 150. Lee was then forced to wait on the results from the last group. John Brubaker was to provide the second brilliant score for the day when he posted an even par 72 for a two-day total of 150. You got it—our Club Championship was coming down to a sudden death playoff.

Lee Leksell and John Brubaker headed back to the first tee with an excited gallery of at least five fellow competitors. Both players hit their tee shots and an observer felt Lee Leksell had the advantage as he hit the fairway. Not to be deterred, John hit first from the Bermuda rough and knocked his shot to about 10 feet from the hole. Lee followed that shot with his own to 16-18 feet from the pin. Lee putted first and ran his putt past the cup. After Lee marked his ball, John stepped up to his putt and knocked it in the center of the cup for a Birdie 3. Just like that, after a weather delay, two days of play, and one playoff hole, John Brubaker became the MPMGA Club Champion for 2020! These two men played brilliantly and made us all appreciate how competition can press us to our best. Well done, mates!