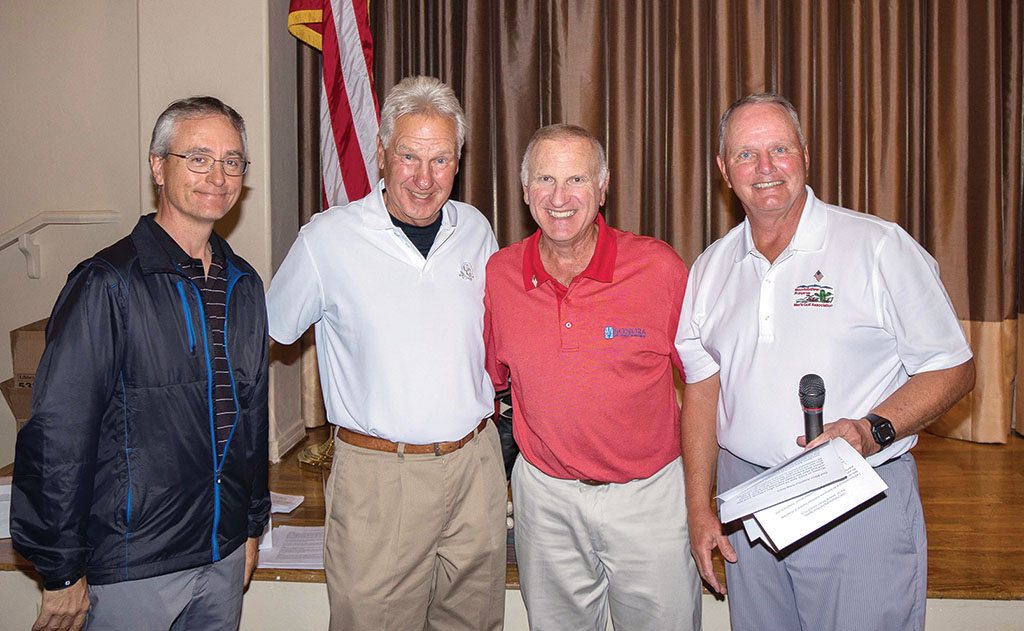 The annual MPMGA Club Championship was played November 11 and 12 at The Preserve and MountainView courses, respectively. A field of 94 players filled nine flights grouped by tee choice and handicap. The overall winner club champion would be the player who recorded the lowest gross score for the two day event while competing in the Open Division that included the first three flights. Prizes went to both low gross and low net winners in each flight.

Our new Club Champion is Don Bilyk. Don’s score of 150 (73 at The Preserve and 77 at MountainView) bested runner up Grant Farquhar by three shots. Congratulations, Don, for a great win! The new Club Champion Net winner is Tom Blong from Flight Three who shot a net 135, which included a net 60 on day one.

After play, participants and members enjoyed fine food and beverage prepared and served by the HOA Two banquet staff. To all who made it special we say thank you. To Mike Jahaske, Director of Golf, and his staff we offer another thank you for making our courses perfect. Special thanks also go to our featured sponsor, Sonora Investment Manangement and to Bob Eder, Special Events Director, who organized this memorable event.

As all of you know, November 11 was our nation’s Veterans Day and as a tribute to all veterans the theme for this year’s event was set as a “Salute to Service” and an already wonderful day was enhanced immeasurably when members of the U.S. Marine Honor Guard appeared and presented colors in support of all veterans. Many thanks to the SaddleBrooke Troop Support Group for helping with the arrangements.