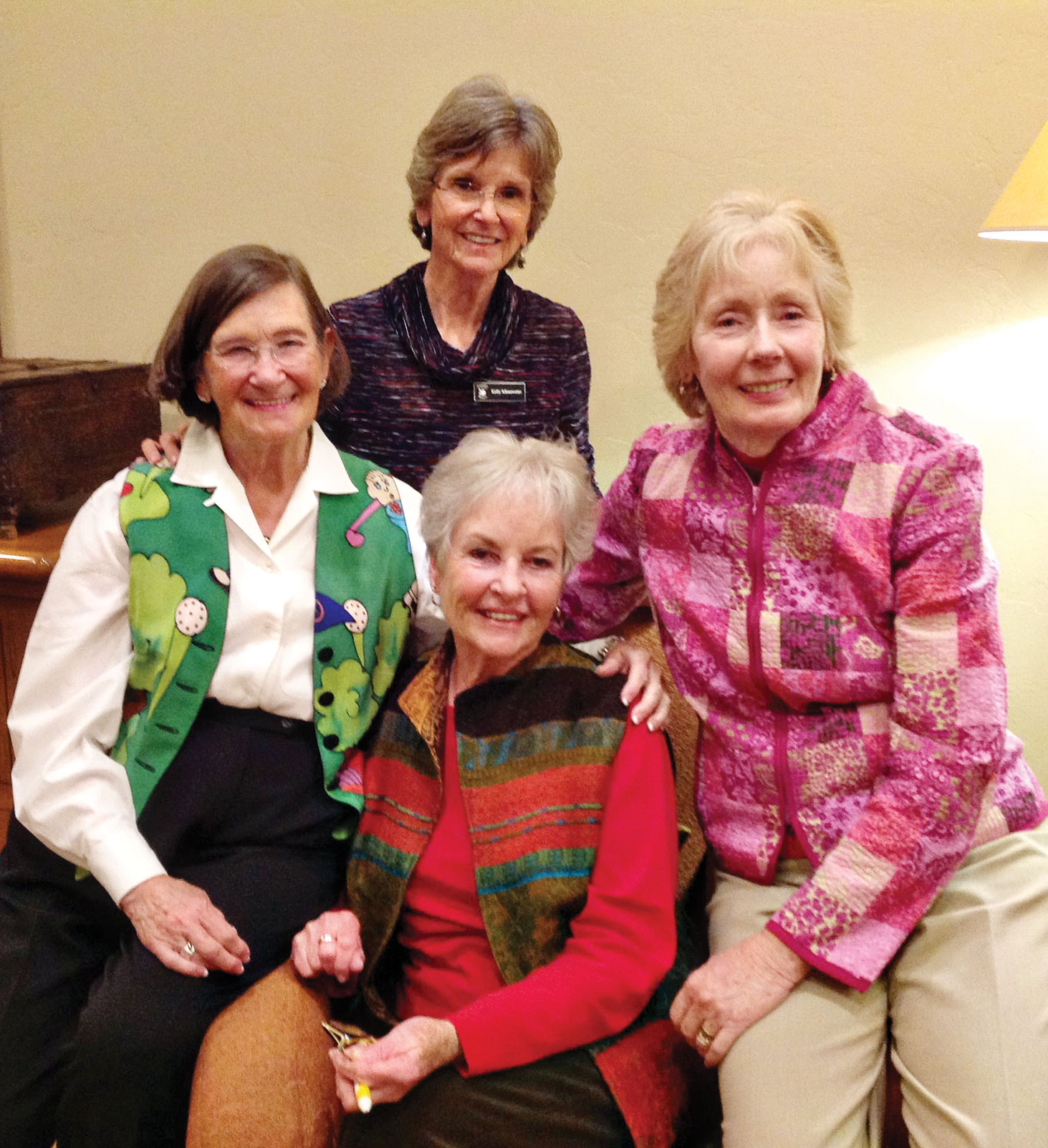 The MountainView/Preserve Lady Niners held their annual dinner meeting on Tuesday, January 19, 2016. Holly Riviere kicked off the festivities with a photo presentation that highlighted the major events of the past year.

Joyce and Susan identified and thanked the many MPLN members who chaired the organization’s tournament and activity committees throughout the past year and those who will do so in the year to come. Special recognition went to MPLN 2016 sponsors: Charles Schwab; Linda Allison, realtor; Patrick Shaffer DDS; Golf Cars of Arizona; Hardin Brothers Automotive; SaddleBrooke Remodeling and Nova Home Loans.

Jo Helms spoke about the eighteenth annual MountainView Collegiate Women’s Golf Tournament on March 18 and 19 that will include 15 teams and 84 players. She encouraged MPLN members to volunteer to help out with this exciting event.

2016 is the fifteenth anniversary of the founding of the organization and Linda introduced the charter members who were in attendance: Barbara Brown, Diane Creager, Pat Hagan, Carol Larson, Jeane Liske, Jenny Rink and Dorothy See.

Anyone interested in joining MPLN may call Membership Chair Rita Smith at 818-9239.