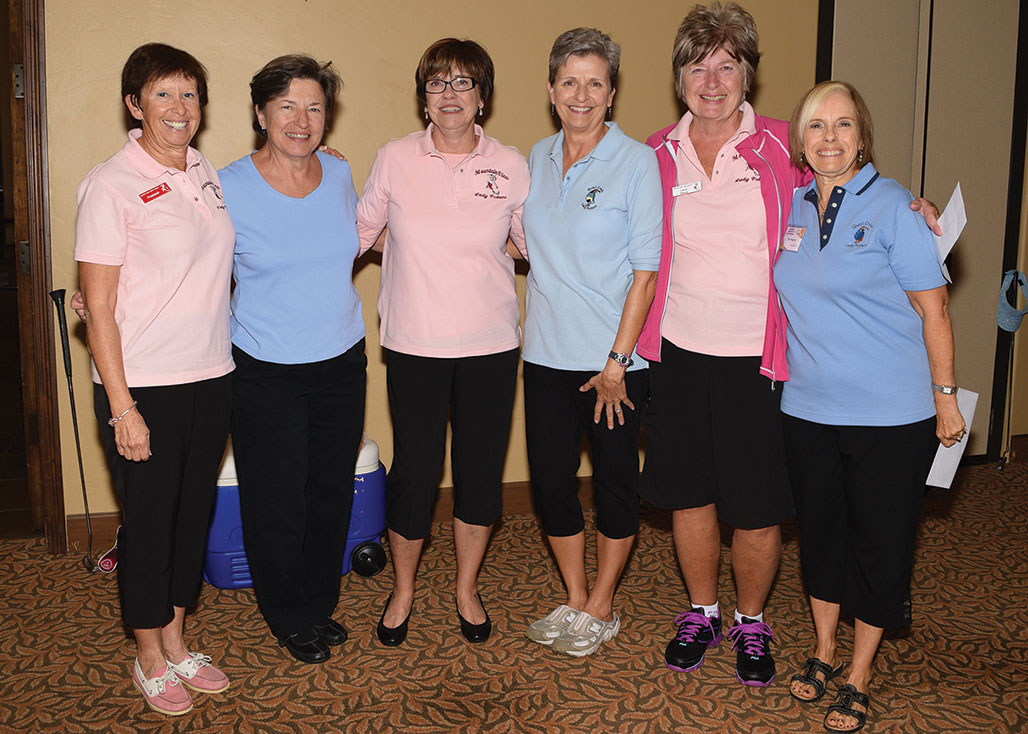 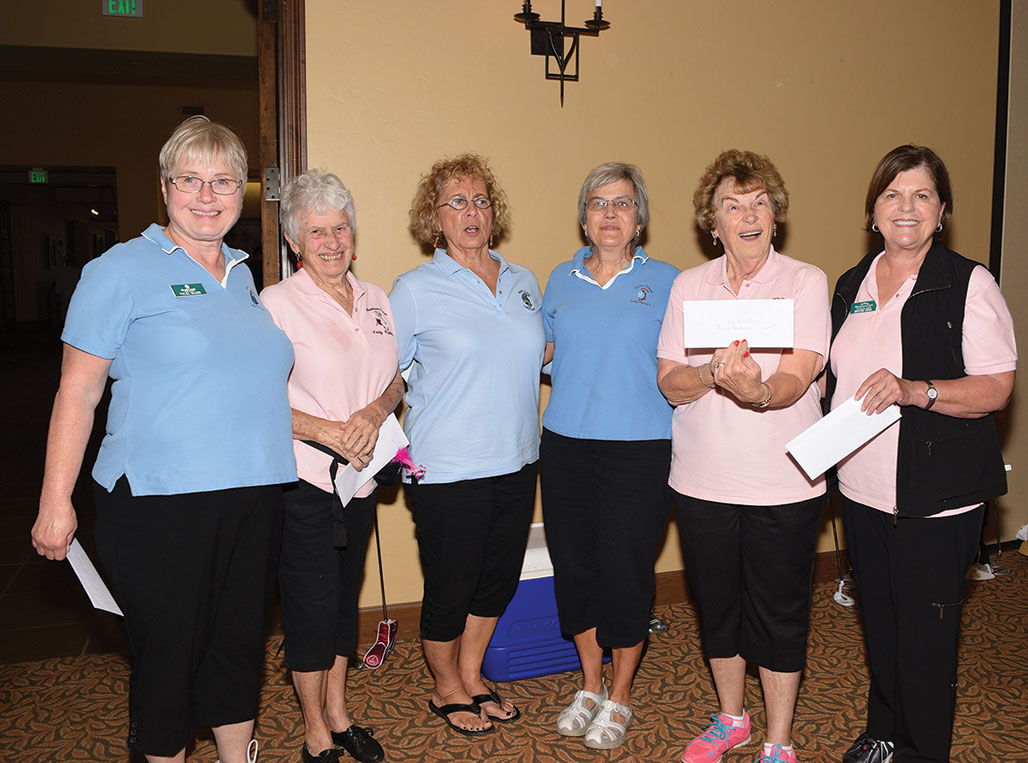 Winners one of two: SaddleBrooke winners from left (wearing pink) are Ruth Catalinotto, Roberta Wisniewski and Bonnie Cook. The ladies in blue are the Quail Creek Putters.

It was a beautiful fall day and a superb lunch was served in the Quail Creek Clubhouse following the putting. During the luncheon awards were given to MountainView Putters Maude Ruffin, Mary Beth Snyder, Carol Ratza, Ruth Catalinotto, Roberta Wisniewski and Bonnie Cook along with their counterparts from the Quail Creek Putters for a two team first place tie. Other top honors go to MVLP Janet Parker who garnered awards for the Money Hole and most Holes-in-One (five)! Well done, Janet.

Our monthly MVLP luncheon was held on November 10, 2014, with each table beautifully decorated with linens in fall colors and centerpieces of wheat intermixed with yellow and orange mums. Following a delicious lunch the following putters received trophies for their outstanding play during October:

Looking ahead to 2015, mark your calendars for the MVLP annual registration meeting being held at 9:00 a.m. on January 15 with an orientation meeting for prospective and new members at 8:30 a.m. This is the time when we welcome new and returning members and sign up for committees; all members are encouraged to attend. New putter shirts will be available at the January registration meeting. The shirts have been updated with a new fuchsia color, streamlined logo and comfortable fit. Both short-sleeved shirts and long-sleeved zippered jackets are available.

If you are interested in joining MountainView Lady Putters, we would love to have you. The new member orientation meeting at 8:30 a.m., January 15, is the perfect time to get involved. For any questions, feel free to contact Stef Modos at 468-2499.