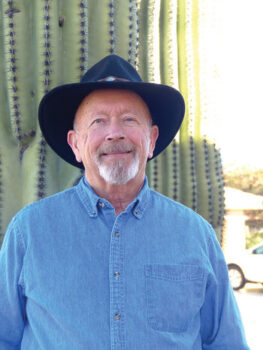 The Institute for Learning in Retirement (ILR) is proud to introduce Kent Treiber as the newest member of the ILR Board of Directors. Kent was born in Salt Lake City in 1945 and mostly grew up in the Sacramento area. His parents moved often, so, as a young child, he spent some of his youth in Utah, Wyoming, Missouri, and Hawaii. Kent attended San Francisco State University and earned a B.A. degree in industrial arts and design in 1967.

After graduation, he went to work for IBM, and it turned out to be a lifelong career. He was a fast learner and continued his education by taking many internal IBM courses. The first half of his career was in marketing and software development. Kent advanced quickly and spent the second half of his IBM career with the Computer Science Department of IBM’s research division. He championed two significant projects that became successful products and received commercial awards. Kent retired from IBM in 1997 as a senior researcher.

Kent doesn’t let any moss grow under his feet. After retirement, he and his wife Joette became full-time RVers and traveled around the U.S. and Canada for two years. They also were snowbirds for a number of years and finally moved to SaddleBrooke (full time) in 2019. Kent is competitive, creative, and loves sports. He enjoys go-kart racing, snow skiing, competitive water skiing, racetrack driving, on- and off-road motorcycling, hiking, and golfing. His artistic needs are fulfilled with metal art creations and civic theater. We welcome Kent to our faculty and the ILR Board of Directors.