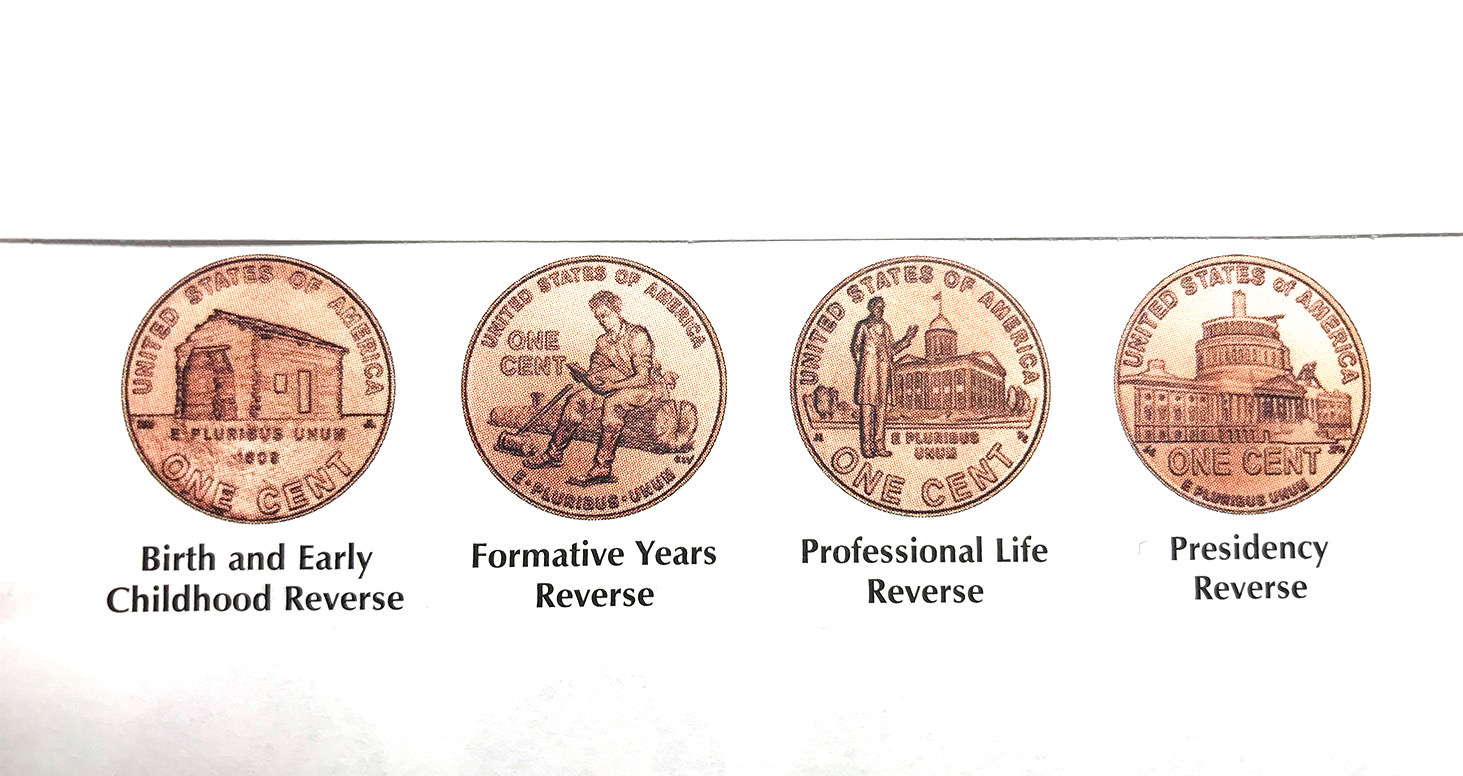 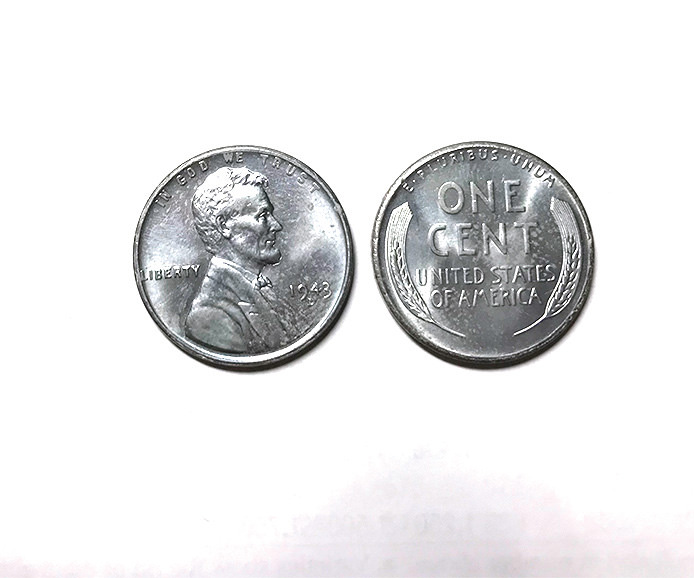 Abraham Lincoln was our 16th president and was in office from 1861 to 1865. In the early 1900s, Victor D. Brenner, the U.S. Mint engraver, designed the Lincoln penny to honor the 100th anniversary of Lincoln’s birth. Brenner engraved his initials on the reverse of the 1909 penny. A total of about 99 million pennies were minted in 1909; only 27 million with his initials. The “VDB” was removed in 1910. In uncirculated condition, the 1909-VDB is worth $25. The Lincoln penny was the first 1-cent coin to have our motto “In God We Trust” on it and was made of bronze (composition 95% copper, 5% tin and zinc). In 1943, the copper was removed from the penny to be used to support the war effort. The new metal composition of the penny was changed to zinc coated steel. These pennies were bright and shiny but once in circulation the zinc was rapidly oxidized and they turned a dark gray color. The 1943 pennies in uncirculated condition are worth $1 to $4. The bronze composition was renewed in 1944. There were a few copper 1943 pennies struck accidently. They are rare and are worth over $200,000. In 1959 Frank Gasparro designed the Lincoln Memorial reverse to replace the curved wheat ears to commemorate the 150th anniversary of Lincoln’s birth. These pennies were composed of 95% copper and 5% zinc and were in circulation from 1959-1982. In uncirculated condition they are worth about 10 cents each. For copper hunters, Lincoln pennies up to 1982 are worth about 1.7 cents each, depending on the current spot price of copper. In 1982, the composition of the Lincoln penny was changed to copper plated zinc (99.2% zinc and 0.8% copper plating).

In 2009, a unique set of four pennies were issued as a tribute to the bicentennial of Lincoln’s birth and the 100th anniversary of the first issuance of the Lincoln cent. The coins show four different designs on the reverse to represent the four major aspects of President Lincoln’s life. The first, birth and early childhood depicts a small log cabin; the second, formative years showing Lincoln taking a break to read a book; the third, professional life in Springfield as a lawyer; and the fourth, presidency in Washington. In 2010, a new reverse was introduced that has an image of a shield emblematic of President Lincoln’s preservation of the United States of America as a single and united country. The reverse is known as the “Shield Cent” and was designed by Lyndall Bass and continues the composition of copper plated zinc.

The Lincoln penny collection is fun to collect and is available at modest prices. The majority of the Lincoln pennies can still be found in circulation (1934 to date). There are three pennies that are considered key coins and are expensive ($100 to $800 each) depending on condition. Start collecting today. It’s a fun hobby. For information on the SaddleBrooke Coin Club, contact Terry Caldwell at [email protected]