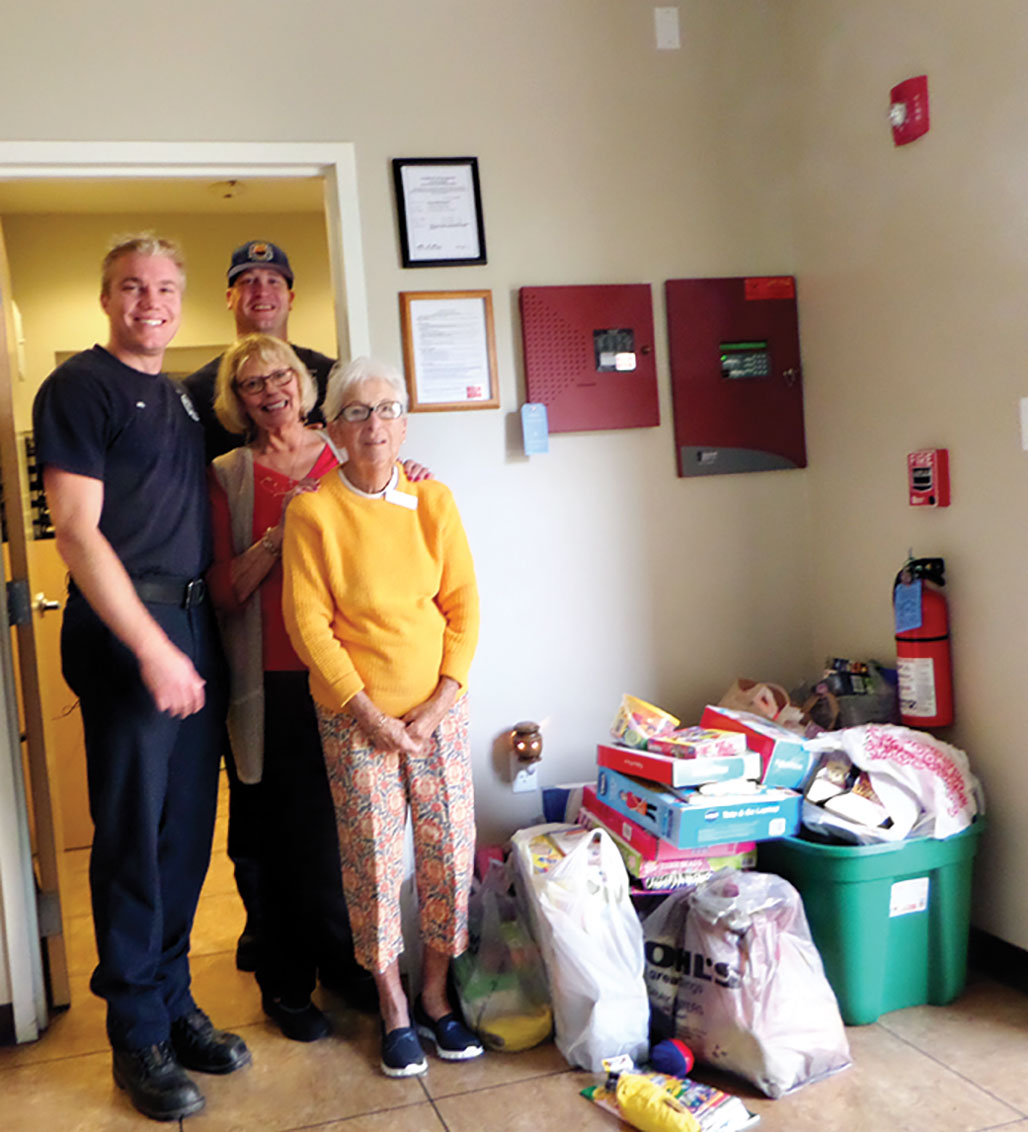 Knit Wits kicked off the holiday season with a potluck brunch, toy drive for Toys for Tots, and treats for the fire stations serving all of the SaddleBrooke communities. The brunch included both traditional Christmas and Hanukah fare: Christmas goodies and potato latkes with sour cream and apple sauce. Two antique menorahs were on display—one was an actual music box. Following the brunch three car loads of toys and goodies were delivered to the fire station.