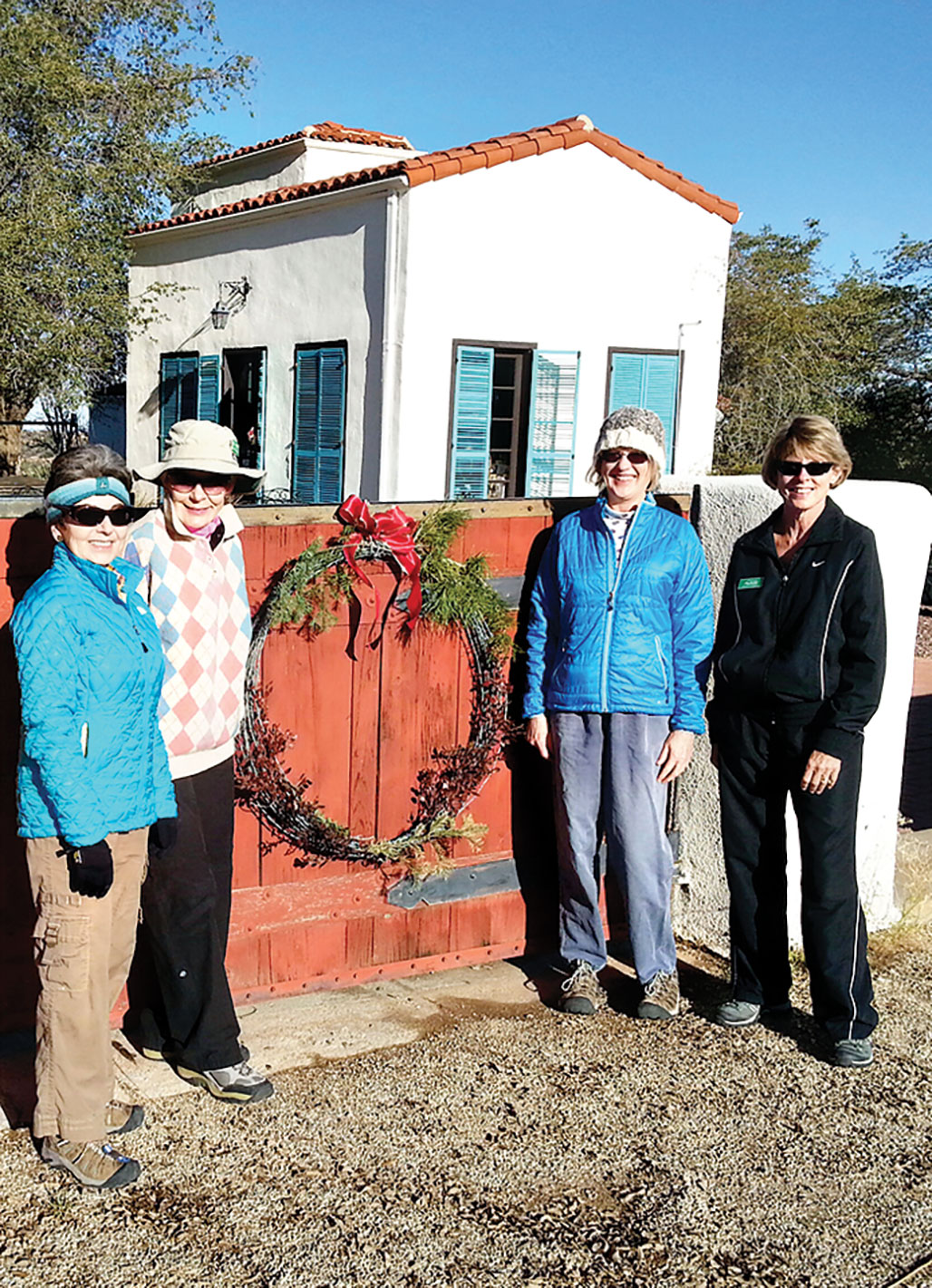 Enjoying a pre-Christmas hike in Oracle State Park are SaddleBrooke Hiking Club members (from left) Miriam Solomon, Karen Wendlandt, hiking guide Susan Hollis and Donna O’Shea. In the background is the historic Kannally Ranch. Neil Kannally came to the area in 1902 and homesteaded the land that eventually became the park. In 1976 Neil’s daughter Lucille Kannally, the last surviving member of the family, donated the land to the Defenders of Wildlife who later transferred it to the Arizona State Parks Board. Photo by Karen Schickedanz.