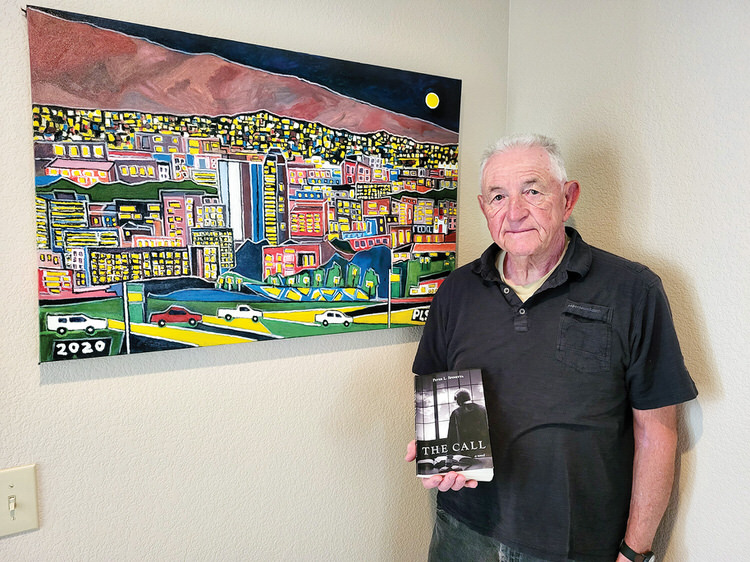 Stuart Watkins played POP Tennis with Peter Spinetta, and after getting to know him and learning of his book, Stuart had to get a copy and then delve deeper into the man who wrote the book.

Peter L. Spinetta, retired judge, SaddleBrooke resident, has written a thriller that I had to read straight through because it was that captivating.

Yes, The Call is fictional, but the story is based on his many court cases and issues he has faced while presiding over trials. The case is about a man accused of murder in the first degree, but the circumstances are presented is such a way that the jury may find him guilty, even though they may decide he does not deserve to die and, in fact, may deserve to be set free.

Now, let’s learn a little about this fascinating man who wrote such an enthralling book.

Peter and his wife, Katrin, moved to SaddleBrooke about five years ago from a ranch they own in Montana. His wife passed away in 2020.

This is when Peter dusted off a manuscript he started writing years ago, and he devoted hours to rewriting and finally publishing The Call.

Peter and his wife were tennis players, and he has continued to play tennis two times a week. Now, he enjoys adding POP Tennis into his activity schedule, as well as keeping up his golf game. With the success of his new book, it would not be a surprise to see him adding more stories and adventures related to his many experiences as a judge.

Painting is a skill he has taken up, and he decorates his home with his original art. He told me that jury selection was always a critical part of any trial. He related how he made a point to educate the jury about their duties in a manner that they understood their responsibilities. (This is explained quite well in his book, as the fictional judge talks to the jury.)

Talking with Peter about his family was quite an experience. Peter and Katrin have three children and eight grandchildren. Peter is the oldest son and worked with special education children as an instructor and is also an author. His daughter Anita is a district attorney in San Diego. Lawrence is a retired Air Force Colonel.

The man behind the book is just as fascinating as reading The Call.