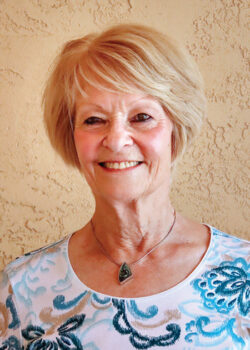 Meet the Board of Directors

The Institute for Learning in Retirement (ILR) is proud to introduce Sharon Triester who has served on the board of directors for around 14 years. Sharon was born in Philadelphia and spent most of her life in the Philadelphia area. She married Dr. Arthur Triester, cardiologist, in 1967. Sharon was the recipient of a scholarship to Temple University where she earned a Bachelor of Arts degree in biology in 1965. As a biologist, she conducted pharmacology research at Wyeth Laboratories in Radnor, Pa., and at George Washington Medical School in Washington, D.C., between the years of 1965 and 1973. During her research career, she co-authored several scientific publications in peer-reviewed journals. She retired in 1973 to enjoy the life of a full-time mother. Sharon and Art moved to SaddleBrooke in 2006. They enjoy visiting their son Stuart and wife and three sons, who live in Scottsdale, and Marla, their daughter, and her two sons who live in Denver.

Sharon has kept her life busy. She has shared her skills by being a mathematics tutor in the Lower Moreland School District in Pennsylvania and, more recently, in the Coronado K-8 School in Tucson. One of her loves is helping to support libraries. She served on the board of directors at the Friends of Huntingdon Valley Library in Pennsylvania and is now on the board of directors for the Friends of the SaddleBrooke Libraries. In her spare time (if she has any) she likes reading, golf, travel, cooking, the Arts, attending classes/lectures on current events and scientific discoveries, word games, jigsaw puzzles, and volunteering to encourage voting. And with all that, she still finds time for the SaddleBrooke ILR. The ILR thanks Sharon for her many contributions and looks forward to her continued service on the board of directors.

For more information on the ILR, go to sbilr.org.