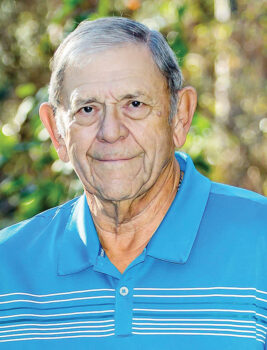 John F. Cobb, age 77, died on Jan. 30, 2021, in Tucson, Ariz. from complications related to COVID-19. John was born in 1943, in Oakland, Calif. to the late Elvin T. and Annetta (Pauline Carver) Cobb, long-time residents of Durango, Colo., who were working in the naval shipyards during World War II. They returned to their home on East 5th Avenue in Durango when John was four months old.

John went to grade school at Central Elementary, then Mason Elementary. He attended school at the New Mexico Military Institute in Roswell, N.M. before returning to graduate from Durango High School in 1961. John spent many hours hunting and fishing in Durango with his dad and friends.

After high school, John joined the Navy and was stationed in Beeville, Texas for several years. He had two daughters, Lisa and Chris, with former spouse Helen (Poer) Gardiner. After returning to Durango, John attended Fort Lewis College to study physics and electrical engineering. He also began working for the Colorado Highway Department.

John met Rayvonne (Raye) Lowery of Ridgway, Colo. in 1967, while working on the Dallas Divide highway project. He married Raye in November 1967, after he moved to Denver to work for Western Electric as an electrical engineer. On weekends and holidays, they often spent time in Ridgway being cowboys, working on the Lowery ranch, hunting, and fishing.

John and Raye had daughter Jana together while in Denver. John continued his career with AT&T, working in Denver, Atlanta, and Portland throughout his career. John retired from Lucent Technologies in Tucson, Ariz. in 1999, to take care of his mom, enjoy the sun, and work on his golf game. John and Raye had 53 years of great adventures together. They enjoyed traveling in the U.S. and to different countries. Most of all, they loved traveling to spend time with their family.

The family will announce services when it is safe to gather and celebrate. 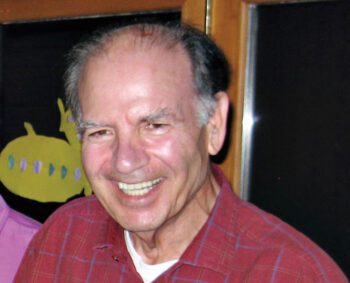 Mr. Dimitrios G. Venetiou, 80 of Andover, formerly of Tucson, Ariz. and Seattle, Wash., beloved husband of Carol J. (Rosenberger) Venetiou passed away on Wednesday, Feb. 10, 2021, at the High Pointe Hospice House in Haverhill with his loving family by his side.

Born in Pireaus, Greece, Dimitrios, who went by Demetre, was the son of the late George and Magdalini (Kalaitzoglou) Venetiou. Raised and educated in Greece, Demetre lived a life full of love, family, and faith. While his father worked to provide for his family, Demetre was raised by his loving and caring mother and sisters who supported him in his many endeavors. A native to Greece, he met Carol, a young traveler visiting the islands. He provided her helpful advice for her stay in Greece and took great pride in escorting her around, visiting the islands and eventually, taking her to his home to visit his family. That was how their love story began—and through love Demetre led a beautiful life in the United States.

Growing up in a community of ports and world trade, Demetre learned from his parents the true value of hard work and dedication. Following in his father’s footsteps, Demetre worked as a ship manager for Sea-Land Service, Inc. while living in Seattle, Wash. Through his career, he was able to travel the world. He shared his love of adventure with his family on special trips every year.

Providing for his family and enjoying all that the world had to offer was what brought Demetre great joy. He had wonderful roots and was extremely family oriented, understanding that all decisions he made throughout his life were to provide a fruitful life for his family. In retirement, Demetre and Carol resided in Tucson, Ariz. where they enjoyed their friendships, world traveling, and nightly rounds of tennis. He was a loving husband, father, and grandfather and will be deeply missed by his dear family.

In addition to his wife Carol with whom Demetre shared 52 years of marriage, Demetre is survived by his son, Alexander Venetiou and his wife Elisabeth and their children, Elijah and Sophia, all of Andover along with his beloved sister Despina Venetiou of Greece.

Arrangements: At the request of the family, all services are private. Assisting the family with the arrangements is O’Donnell – Cremations – Funerals – Celebrations, 167 Maple St., (Rte. 62) Danvers. In lieu of flowers, donations in Demetre’s memory may be made to The Michael J. Fox Foundation for Parkinson’s Research, www.michaeljfox.org. To share a memory or offer a condolence, please visit the website at www.odonnellfuneralservice.com.

As very many within the SaddleBrooke community will sadly recall, in July of last year we lost our dear friend and oldest resident, Fred Klein, at age 104. Fred’s life journey was a remarkable one—the veteran of 67 missions as a World War II bomber pilot, a successful manufacturing executive and entrepreneur, and at the age of 100, a United States Masters Swimming national champion. Fred would have turned 105 on April 25. Plans were for Fred to establish another national swimming record on that date. In honor of Fred, a celebration of his life is planned for April 25, to be held at the DesertView Pool facility. The pool gates will open at 9 a.m. and the program will begin at 9:30 a.m. A few tables will be set under the pavilion displaying some of Fred’s memorabilia for people to view—one at a time or in a family group. CDC COVID pandemic guidelines will be observed. Within the pool facility approximately 50 spaces will be indicated which will allow individuals or couples to sit while maintaining social distancing. Attendees are asked to wear masks and it is suggested they bring folding chairs. For planning purposes, those intending to attend are asked to please email Doug Springer at [email protected]