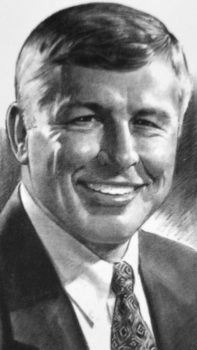 Paul Michael Karcher died peacefully December 6, 2018 in Tucson, Arizona after a courageous twelve-year battle against cancer. He had a passion for Wisconsin sports, Canadian fishing trips with his boys, golf and racquetball that were shared with his many friends and colleagues. Paul leaves behind his best friend and constant companion, his wife Cynthia. He was born January 18, 1936 in Milwaukee, Wisconsin to the late Frances (Novak) and Paul Karcher. He was a graduate of Watertown High School and the University of Wisconsin, where he was a member of Sigma Chi Fraternity. He married Cynthia Northrop on June 29, 1957. Paul served as a U.S. Army pilot for four years. He worked at Nicolet Paper Company for thirty-five years and was a dedicated member of De Pere Kiwanis. Paul is survived by his wife and three sons, David, John (Teri) and Tom; five grandsons, Owen, Max, Ian, Hayden and Ethan, a granddaughter, Sara Boyle and a great-grandson, Will. He is also survived by his brothers, Richard (Arend) of Amsterdam, Holland; Eugene (Gail) of Apex, North Carolina, Fred (Cinet) of Emporia, Kansas and his sister Frances (Jerry) Bonewitz of Tucson, Arizona. Memorials may be made to UAF/Arizona Cancer Center, Sarcoma Research, P.O. Box 24518, Tucson, Arizona 85775-2101, www.uafoundation.org/support-ua/cancercenter.