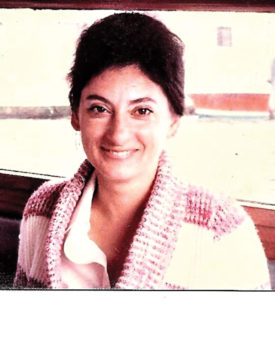 Judith (Jude) Marie May, age 77 of SaddleBrooke (Tucson), AZ was called home by her Creator on July 28,2018 to join those loved ones (family, friends) previously departed. Born in New Rochelle, New York, her family moved to Milford, Connecticut while she was still young, living within a few steps of Beachland Avenue Beach, where she, her sisters and brother enjoyed the Long Island Sound waters. Attending Point Beach Elementary School and graduating from Milford High School, Jude worked for Southern New England Telephone Company and various other area businesses before marrying her first husband, the late Thomas Haesche. Three children followed.

Jude was active in St. Mary’s Catholic Church, its parochial school, guild and youth activities. She was a volunteer at Milford Hospital for many years. She mostly remembered working as a secretary for Yale University Psychiatry Department as an Operations Assistant at Union Trust Bank and numerous interior decorating endeavors. Jude also worked at Complex IV, as a teacher’s aide for the Milford Board of Education, as secretary/bookkeeper/house manager for Consolata Missionaries and lastly as the bookkeeper and office manager at J. James Camera Supply in Fairfield, Connecticut.

She is predeceased by her parents, John Scott May and Pasqualina (Patricia) Mandarano May, her sister Linda Logue (Randy) of Washington, PA and various aunts and uncles. She is survived by her husband of 32 years, David Bull of SaddleBrooke and her children Jacquelyn Haesche Strawson (Robert) of Wolcott, CT, Thomas Haesche (Maria) of East Haven, CT and Amy Crowley (Joe) of Norwich, CT. Also surviving are her sister Barbara Miller (George) of SaddleBrooke, her brother Richard May (Karin) and sister Lorraine Napolitano (James), both of Milford and sister-in-law Nancy Bull (Ron Dean) of Cape Cod, MA. Also surviving and well loved are her cat Luke and dog Johnny. Judith also leaves five grandchildren and three great grandchildren, nieces and nephews and two aunts.

In Arizona Jude enjoyed retirement, visitations from family and friends, activities such as women’s card games, mediation/prayer group, swimming, walking, reading and travel to Southwestern destinations: Sedona, Ventura Beach, Lake Havasu, Las Vegas and Santa Fe. She will always be remembered for her deep Catholic/Christian faith, her strong love for her children, siblings, relatives and friends, positive outlook on life and always being ready to comfort anyone in distress and need. She had a special way of making anyone feel as though they were the only one receiving her full attention and love at that time. She will be missed terribly, but will hold a special place forever in everyone’s heart.

A Memorial Celebration in her honor is being planned for her birthday month of November, in Milford. Date to be announced. If so moved to make a gift of remembrance, the family asks that donations be made to a food bank or favorite charity. 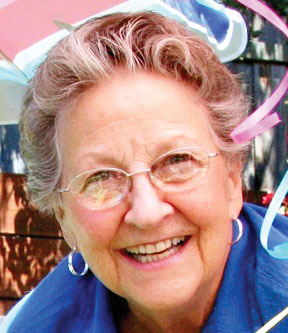 Grace Dancosse Roberts died on August 15, 2018. She was born on December 22, 1929 in Manchester, CT to Mr. and Mrs. Arthur J. Dancosse. She is predeceased by her husband Philip K. Roberts, Jr., daughter Sara Jean, four brothers, Arthur, Francis, Raymond and Wilfred (“Totsie”) and one sister Rose. She leaves behind one sister, Doris Lebiedz and many nieces and nephews. She also leaves behind her daughter Alison Roberts of Oakland, CA and her children Emerson and Hadley Roberts-Donnelly and son Philip N. Roberts of San Diego, CA and his wife Debra and their children Emily and Noland. She was a graduate of Springfield School of Nursing, Springfield, MA and Margaret Hague Maternity Hospital in Jersey City, NJ. She was employed as a hospital supervisor at Wesson Women’s Hospital in Springfield, MA until her marriage in 1960. She was an avid, talented artist and was most joyful when creating her art which she did until very late in her life. She retired in SaddleBrooke with her husband Phil where they both were active golfers in the community. Grace passed peacefully in her home in Berkeley, CA surrounded by the love of family and friends. She died as she lived – with courage, strength and dignity. There will be no funeral services. Burial will be at Brookside Cemetery, Easthampton, MA.