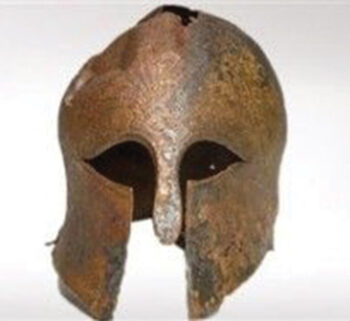 Well, we figured we had it all arranged, but then another COVID variant emerged. So muster we did and asked our members their thoughts. Zoom it was! Shabbat service was held on Jan. 28 with Rabbi Harari officiating.

Reminder: Institute for Judaic Services and Studies (IJSS) dues for the calendar year January through December are due in January 2022. Note that there have been no increases in the dues amount of $135 per person. Payments can be sent to Seth Eisner, IJSS treasurer.

All about Tu B’shevat and What Happens at a Seder

The new year for trees has a tax—go figure! In ancient times, Tu B’shevat was tax day. The plan was to pay the government for the number of trees on your property and for the number of fruits you were able to yield. Seders became more prevalent after 1948, when the state of Israel was created and the planting of trees was coupled with a respect for the environment. Combined with Jewish Earth Day, the Seder is popular. Almonds are the earliest blooming tree in Israel. It is at the time that they bloom we celebrate Tu B’shevat. At the Seder, the seven species of fruit are eaten, as mentioned in the Torah. They are wheat, barley, grapes, figs, pomegranate, olives, and dates. Planting trees is common. The holiday is also a celebration of spring.

So, why all this? IJSS was planning for members our first Tu B’shevat Seder. We are postponing this event until next year, but we will not forget it.

A bit of Jewish history: Did you know?

In February 2007, a Greek bronze helmet was discovered in Haifa Bay. The warrior helmet is decorated with the imprints of a golden leaf, snakes, lions, and a peacock’s tail—very decorative and unheard for a common warrior.

The Israel Antiquities Authority archaeologists and historians think the helmet dates back around 2,600 years, thought to be the property of a wealthy Greek mercenary, one who fought for the Egyptian Pharaoh Necho II. The pharaoh is thought to have been heavily involved with several military campaigns in and around ancient Israel. These battles were mentioned in the Torah.

The helmet was discovered when commercial dredging operations were being held in the harbor. The proper authorities spent several years performing research to learn of its origins.

Both Jacob Sharvit, director of the Marine Archaeology Unit with the Israel Antiquities Authority, and John Hale, a professor at the University of Louisville, agree that, “The gilding and figural ornaments make this one of the most ornate pieces of early Greek armor discovered.” Researchers were able to date the helmet, due to its near similarity with one found near the Italian island of Giglio, about 1,500 miles away, in the 1950s.

Theories abound as to how the helmet ended up in Haifa Bay. Perhaps the warrior lost it off his ship, or the ship sank. Plans are to go back to the site and locate other archaeological material there.

The helmet itself is now on display at the National Maritime Museum in Haifa. Source: Jewish Virtual Library–A Project of AICE (American-Israeli Cooperative Enterprise)

IJSS is a small, active, and welcoming congregation. Our members are friends, and we are a close community. If you have questions or wish to join our congregation, feel free to contact Joan Elder at 520-360-1478 or Seth Eisner at 520-818-6340 for information.

IJSS welcomes volunteers. In the past, many of us have volunteered in our Jewish communities. We hope that you will think of us now and in the future.

IJSS wishes a safe and healthy new year to all.