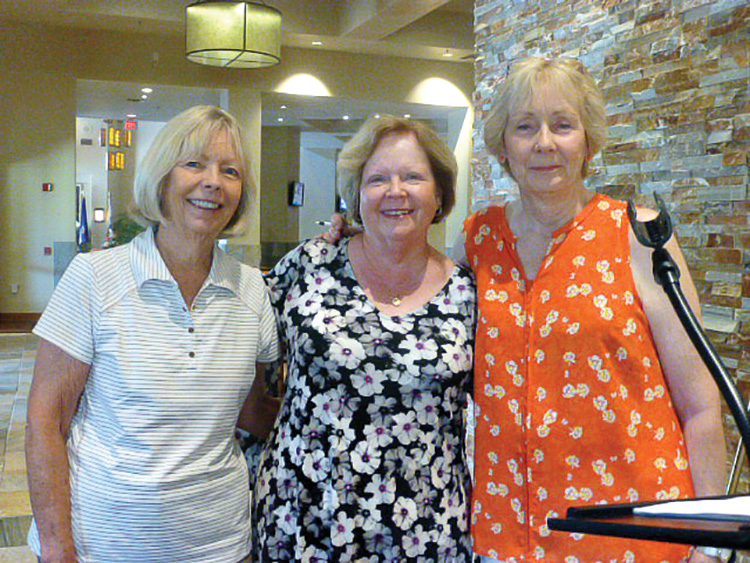 Not only are the MountainView Preserve Lady Niners looking forward to cooler temperatures, but for the return of the snowbird members as well.

During the summer months the Low Gross and Low Net matches continued, and will continue into the fall and winter.

After a morning of golf on Sept. 10, the members gathered in the MountainView Bar and Grill for the presentation of new slate of 2019-20 officers and lunch.

The current president, Deb Bunker, introduced the proposed nominations for the 2019-20 slate of officers. The members present unanimously voted to approve Barbara Bloch, president; Diane Mazzarella, vice president; Caryl Dowell, secretary; and Jackie Webster, treasurer. The new officers will begin their term Oct. 1, and will be sworn in following the Presidents Cup in November.

September’s business meeting followed, and guest Golf Pro Matt Hudson held an “ask the pro” program. This proved to be not only informative, but fun for all who participated.

I’m looking forward to reporting on Aces of The Month, Ace of The Year, State Medallion, Bring a Friend, President’s Cup, and Holly Jolly.

Anyone interested in learning more about MountainView Preserve Lady Niners are invited to visit www.mountainviewniners.com or call Rita Smith, membership chair at 520-818-9239.