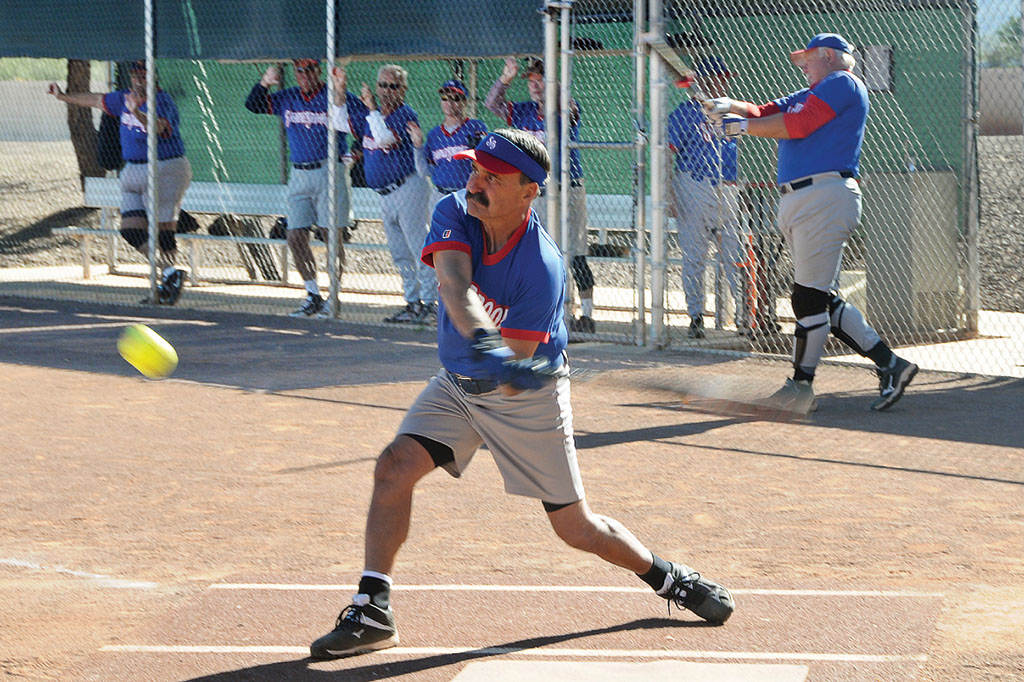 SaddleBrooke residents and guests cheered for their neighbors and chowed down on post-Thanksgiving grub in the comfort of MLB stadium style seats at another SaddleBrooke Senior Softball Association (SSSA) tournament on a near perfect day (OK, it was a bit nippy).

Norma West of SaddleBrooke R Us Realty sponsored the event and Doug Wagers of Window Wizard rustled up the brats and dogs once again on his Louisiana Cooker.

Game No. 2: Community League teams Bubb’s Grub managed by Rich Battagello vs. Canyon Community Bank with Debbie Sequin managing was closer. Canyon led 12 to 11 going into the seventh. Highlighted by a last inning grand slam by Tracy Reingruber, they outscored Bubb’s to take it 16 to 13.

Game No. 3: Recreation League saw manager Paul Jarzembinski’s Castro Landscape Services running away with it until another eight-is-not-quite-enough final inning by Dale Norgard’s Catalina Smiles Dentistry. Castro still lost 26 to 21. Nice try, though! Both teams started the game with the max five runs in the first with homeruns by Jeff Raynor (4/4) and Steve Schneck (4/4) for Castro and Don Colen (4/5) of Catalina Smiles. Colen also tripled in the seventh for the losers.

SSSA plays four of these tournaments each year. The next one will be on a Saturday around St Patrick’s Day. Come hungry and ready for fun!