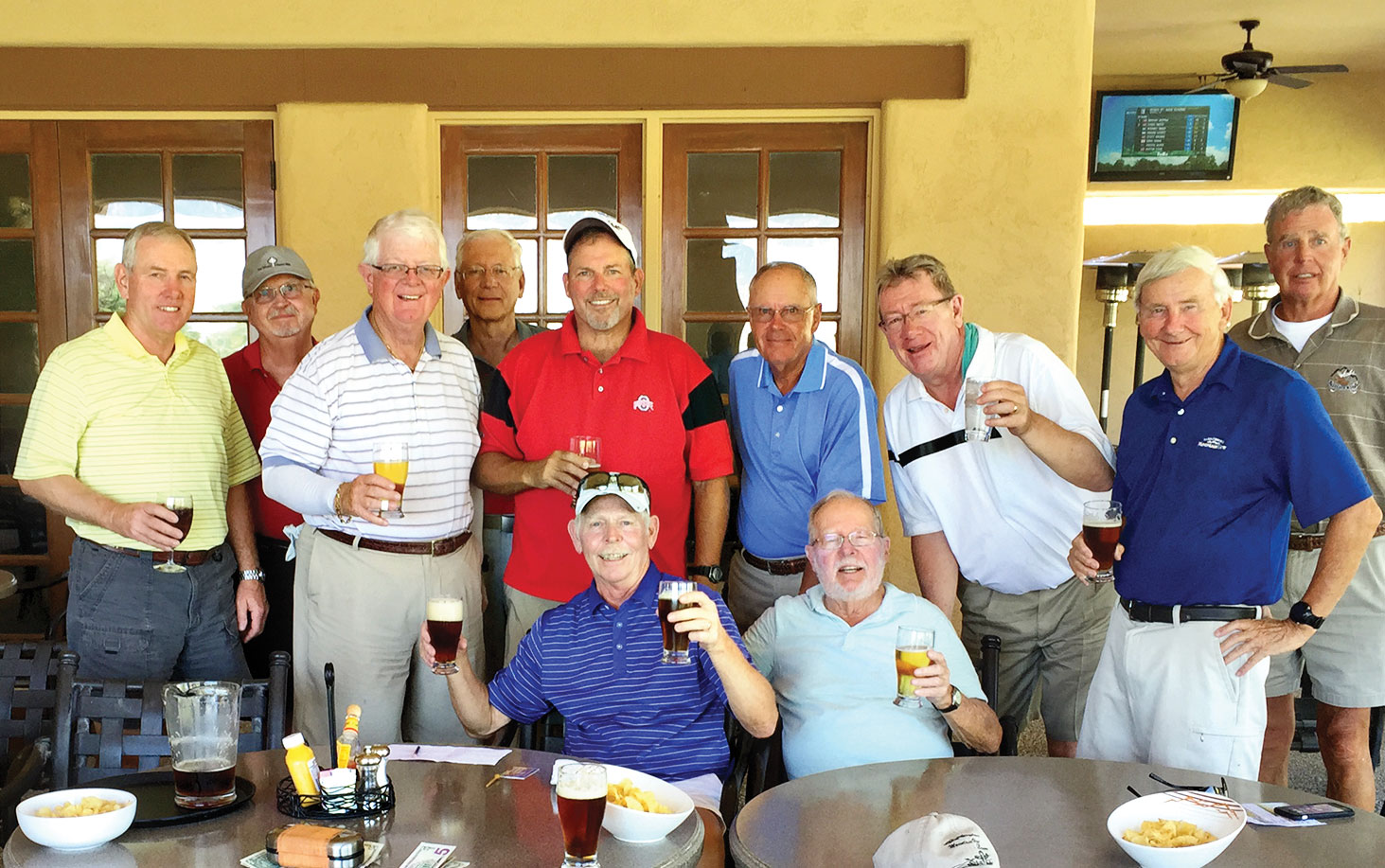 On Friday, June 12 at The Preserve Golf Club, Dick Stanley had his seventh hole-in-one. This is not a misprint. It really was his seventh. It occurred on the sixth hole and Dick’s best guess was that the shot was about 140 yards. He chose his trusty eight iron. Dick and his playing partners John Stevenson, Dan Schroeder and Al Tracy all saw his ball land well past the pin and then begin the slow roll down the slope toward the hole. They all lost sight of the ball and Stevenson said out loud that it stopped about six feet from the cup. When the group reached the green confusion took over for they could only locate three balls. Once it was discovered resting nicely at the bottom of the cup they concluded that they all needed new glasses and that Mother Nature once again had created a pleasant experience. Great shot!

Dick started playing golf as a youth in Syracuse, New York, about sixty years ago and has enjoyed playing the sport all around the world. He volunteered that this was his third ace in Arizona matching the three that he had in New Mexico. The other happened while playing in Spain. It was pure happenstance that this hole-in-one happened while Dick was playing with his regular Friday group. Yes, all were included in the celebration that took place at the Bistro several hours later. Thank you again and we are waiting for number eight!