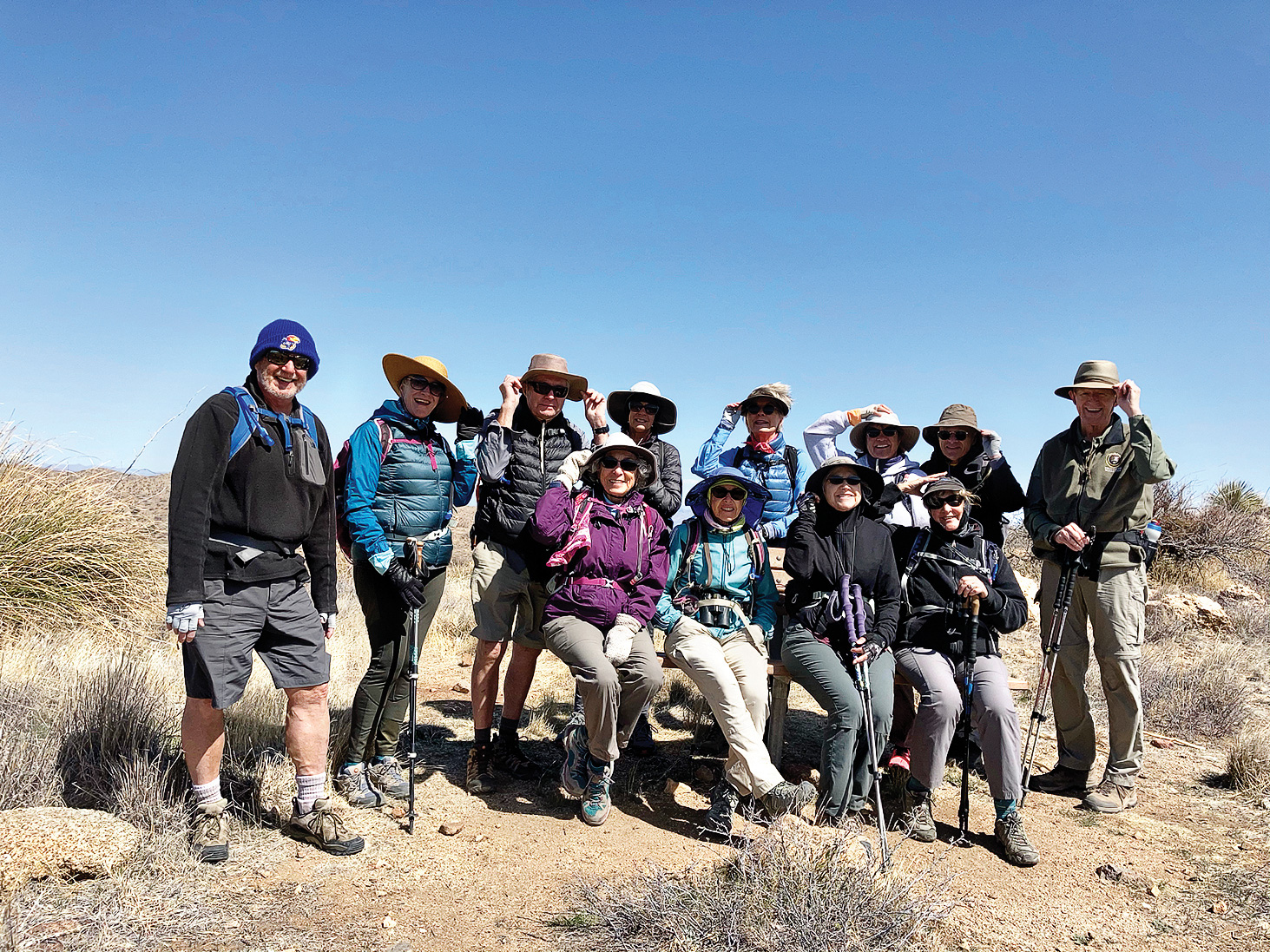 Walking on a Windy Day

A lucky thirteen SaddleBrooke hikers followed the Arizona Trail from the Rte. 77 Tyger Mine Road access point to a viewing bench, high on a hill. It being late March, trail guide Kathryn Madore had promised wildflowers and birds for this bunch to see.

Nature did respond with a few of those tiny purple blooms, which we would name but neither of the Club Botany Specialists (Wheeler or Butler) were in the company. Exactly two birds did flit by, but no bird specialists were in attendance either. Even had they been, those fliers disappeared quicker than jets in the ‘red flag’ winds.

Indeed, it was a hat-clenching morning in Oracle. However, the group did encounter seven through hikers. Harbingers of spring! 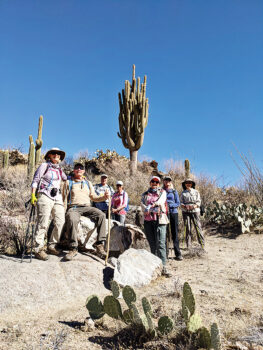 The sky a brilliant blue.

With Ruth and Tim in charge,

We hikers were living large.

Petroglyphs to delight us all.

Lunch on rock table and chairs,

Peacefully eating in the fresh air.

A delightful sound in the desert to hear.

Madonna and Baby still in the rock,

We even found a geo-cash box.

We were all pretty happy folk.

Thank you to all the guides who lead.

Such special times, we all agree.