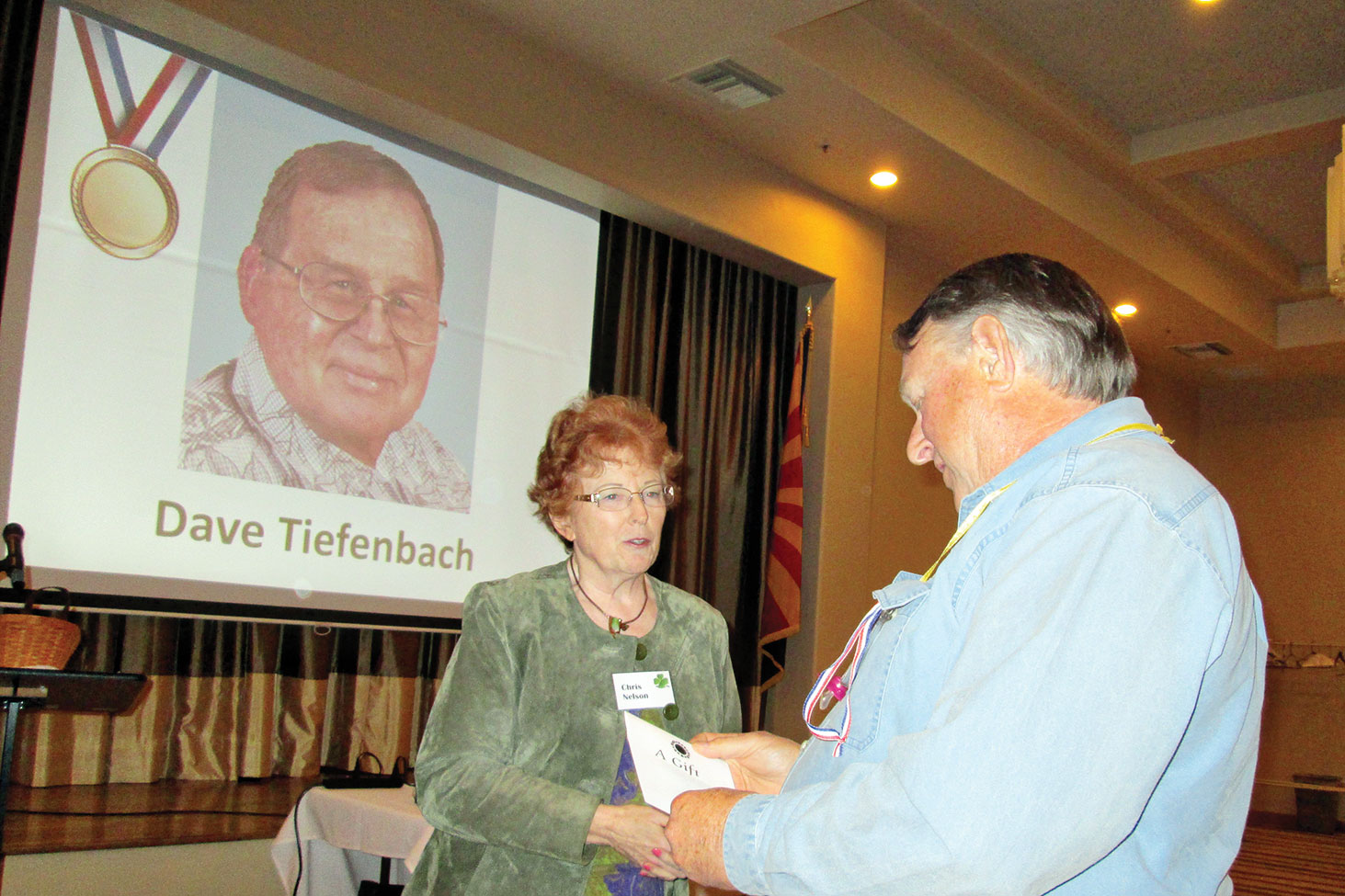 SaddleBrooke Genealogy Club honored member volunteers at a luncheon at MountainView Clubhouse on March 5. Before eating, members and guests enjoyed a slideshow prepared by Pat Tiefenbach featuring photographs from club meetings and events, accompanied by lively Irish jigs celebrating the upcoming St. Patrick’s Day. The hostess for the event, Christine Nelson, welcomed and entertained everyone with Irish jokes and stories.

After a delicious plated lunch, President Dave Tiefenbach thanked each volunteer and presented them with gag gifts and a gold medal. Vice President Randy Gibbs received a baby’s pacifier to help control his nerves while waiting for guest speakers to arrive and Secretary Cynthia Karcher was presented with a large pen with no eraser because her minutes are always flawless. Assistant Treasurer Dennis Holt received a piggy bank loaded with gold coins and also a dart gun to protect the club treasury. Member at Large Christine Nelson took home a party hat and balloons.

Auditors Hod Wells and Gary Zellinger were given a magnifying glass and fine tooth comb to inspect the club’s financial records and Equipment Manager Tom Larkin received a magic wand to wave when the computer and projector malfunction.

Membership Chair Bonnie Lucas was given a whistle for crowd control when checking in members and Webmaster Pat Tiefenbach received a set of custom dice to use in generating passwords for the club website. Name Badge Coordinator Lee Mollica was presented with a coupon for discounted printer ink from www.virus-nigeria.com. Sharon Scanlan, who updates the researchers’ surname list, received a head scratcher to use when deciphering names submitted by members.

After Dave thanked the volunteers, his wife led the members in thanking Dave for his service as President and she gave him sleeping pills to take after staying awake to plan club events and also a twenty page To Do list to tackle when his presidency concludes.

Randy Gibbs won the door prize of a restaurant gift certificate for HOA2.