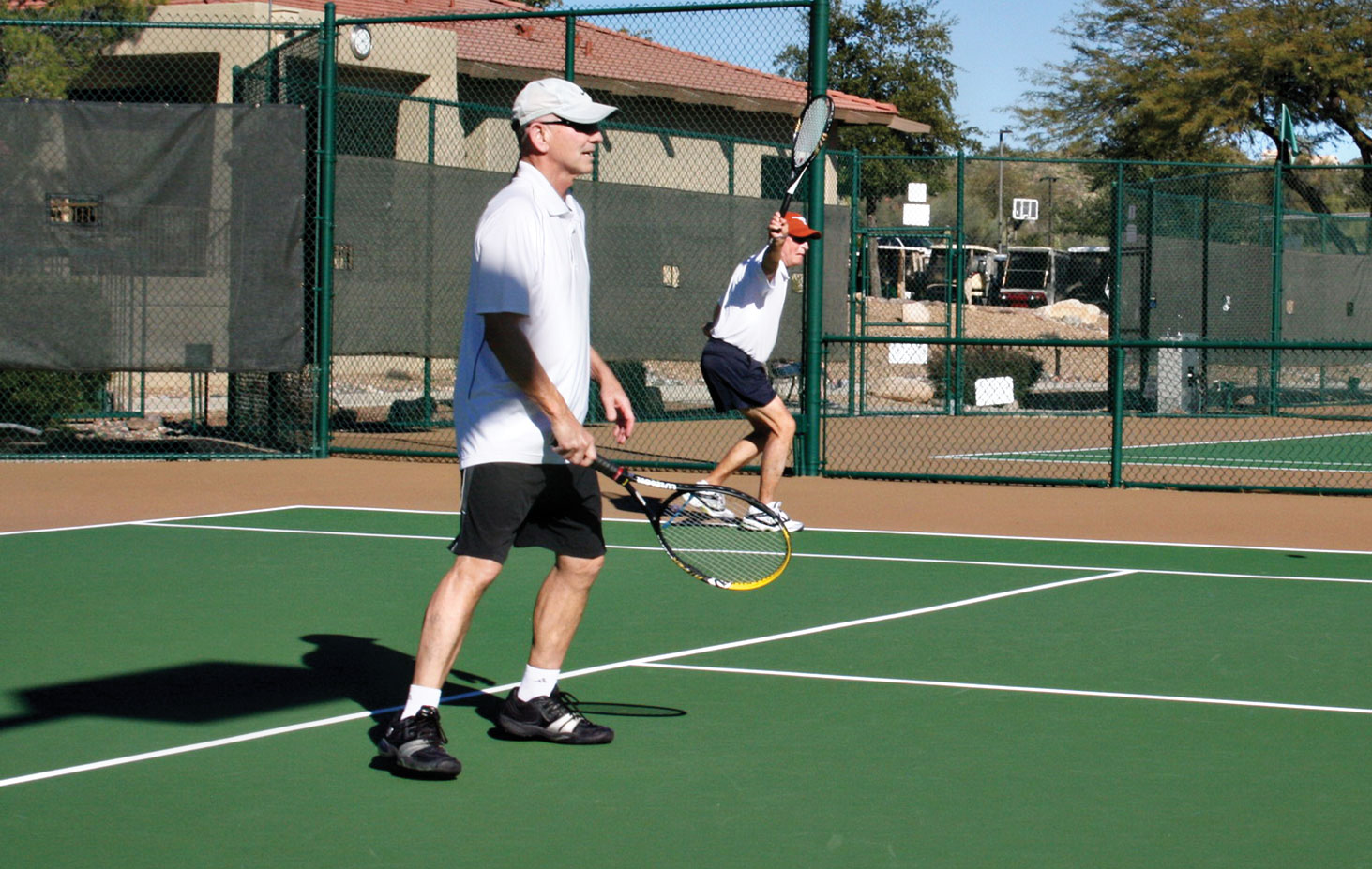 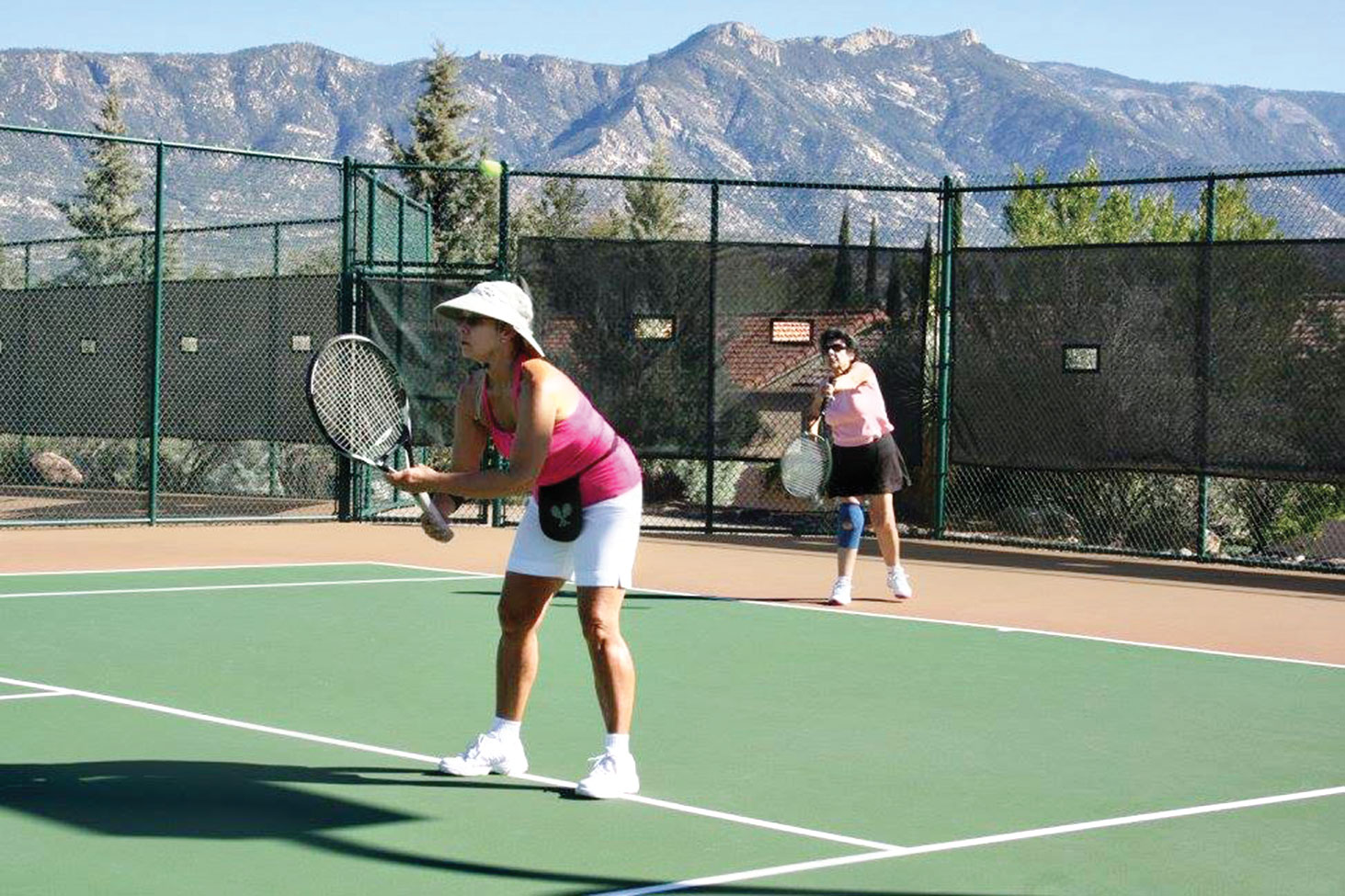 The return of Gender Team Tennis was a smashing success this year. More than 60 players from the SaddleBrooke Tennis Club enjoyed the afternoon sun and friendly tennis, followed by snacks and cold beverages. GSTT, as it is called, brought members of all skill levels together to get to know each other as individuals and players in an atmosphere of good natured competition.

GSTT, as conceived by the STC board of directors, is a doubles event that spans six weeks during the Arizona winter and spring. Members who signed up were divided into three men’s teams and three women’s teams in a manner such that each team had an equal number of players from each skill level. Coordinators Joe Schullik and Ginger Riffel were urged to arrange every match with a view toward balanced play. Their success is underscored by the fact that only four games separated the several teams at the end of the season.

Bob Stock’s team, The Cougars, prevailed over Dave Johnson’s Bobcats and Jim Ward’s Coyotes while Cinda Haugsby’s Habaneros and Connie Sacra’s Cayennes tied on the women’s side to prevail over Kay Sullivan’s Jalapenos. Everyone prevailed on the STC patio after each match by sharing in the great comradeship of the game and the crunchy munchies that accompanied chilled adult beverages. It was such a pleasure to play in the non-judgmental, positive atmosphere that distinguishes tennis at SaddleBrooke.

Twilight has descended over a very successful 2015 GSTT season. Widespread anticipation is in the air for the beginning of the 2016 season. It promises to be thrilling and fun packed. Every member can join in. You can join in. Please do.