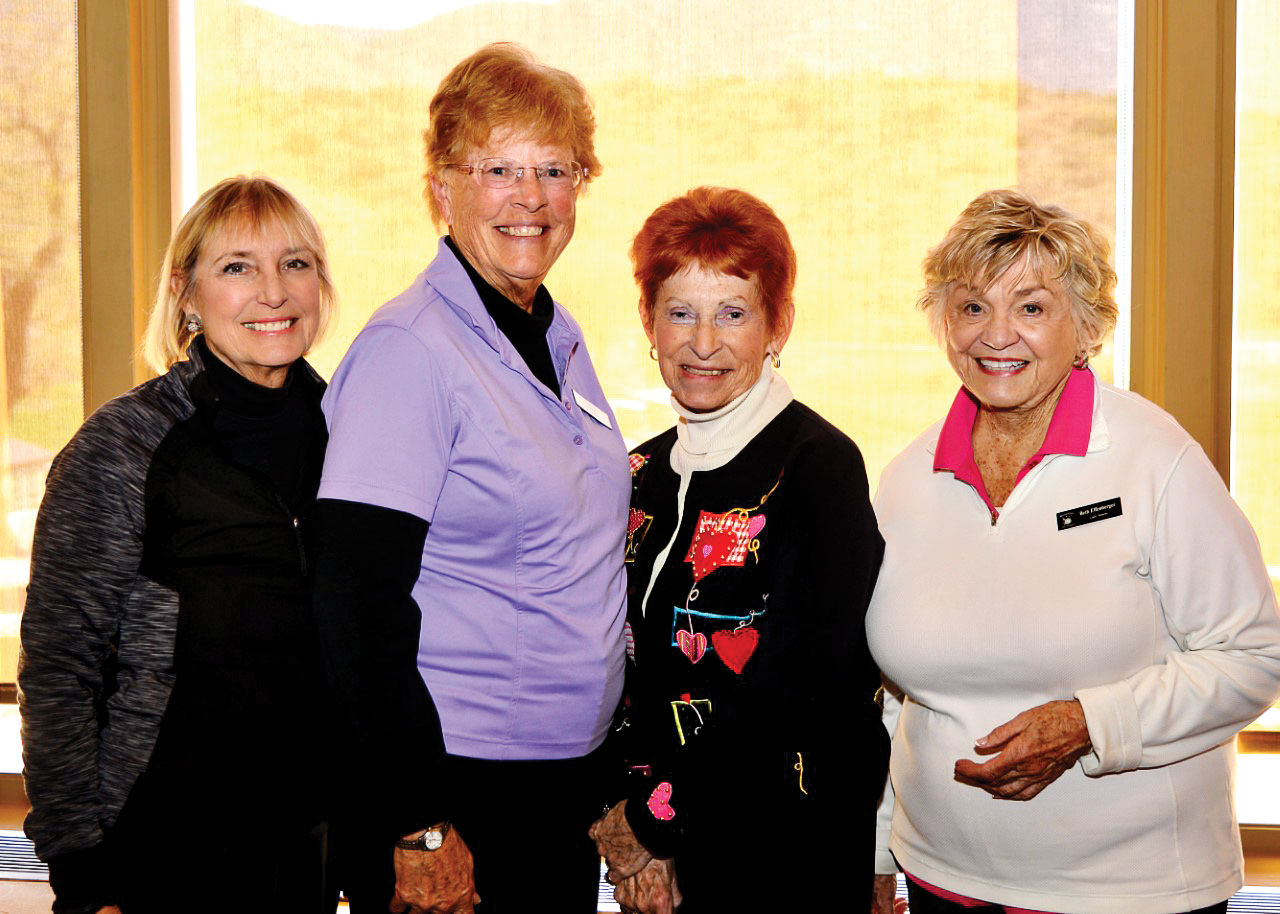 Tucson course winners for Across the Brooke. 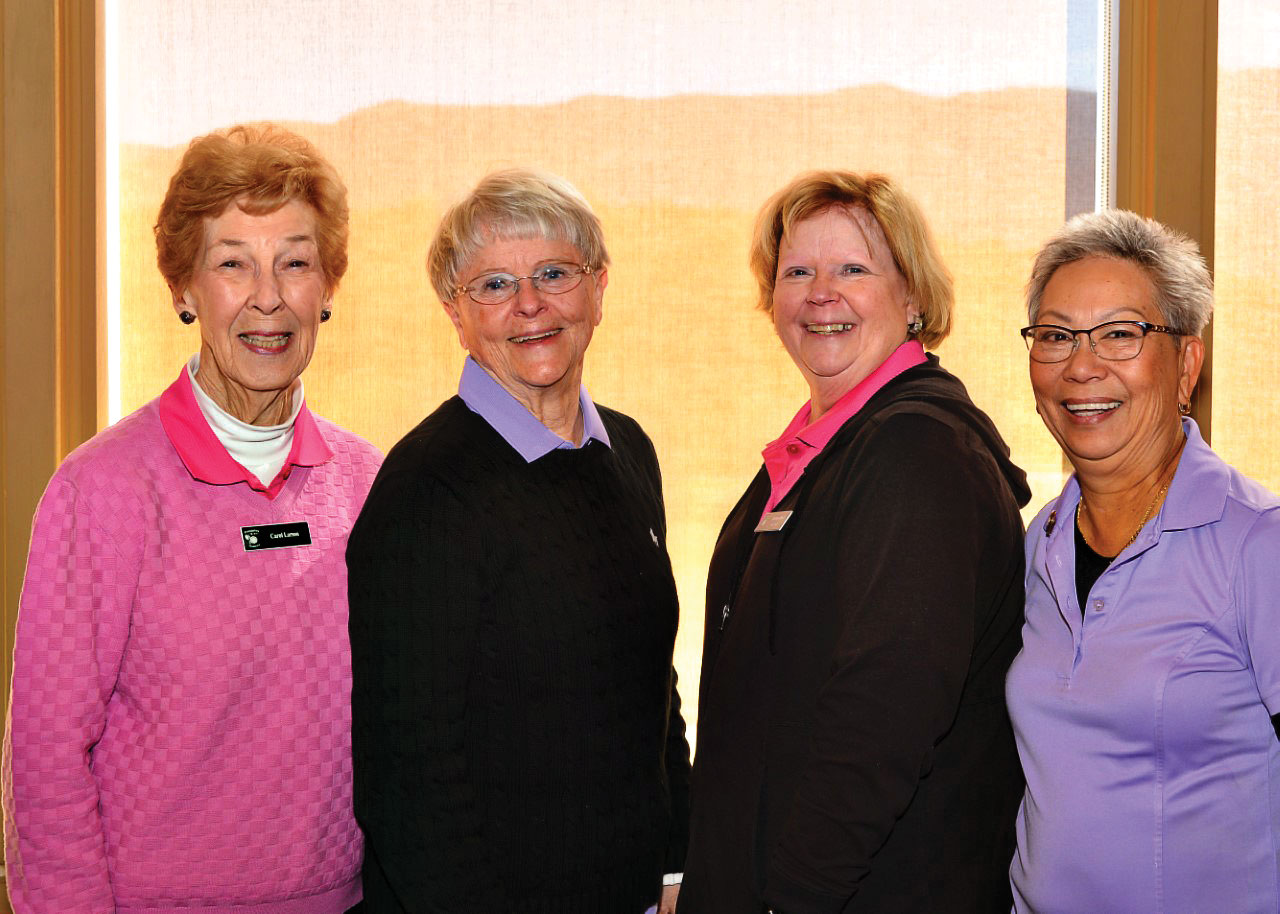 SaddleBrooke course winners for Across the Brooke.

The SaddleBrooke Niners and the MountainView/Preserve Niners hold an Across the Brooke tournament each year. This is a great tournament as it provides an opportunity for a fun competition and socialization between the two clubs. This year the SaddleBrooke Niners hosted this event on February 12. A combined count of ninety-two ladies played in Across the Brooke. Mulligan tickets were sold prior to play and added a little more fun to the game. The great turn-out allowed us to use both the SaddleBrooke and the Tucson courses and winners were determined for each course. Winners on the SaddleBrooke course were Carol Larson, Abbie Egolf, Barbara Bloch and Regina Pang. Tucson course winners were Edie Crall, Gerry Burnside, Susan Averill and Beth Effenberger. Each lady earned a Pro Shop credit of $30, a nice benefit to winning. Closest to the pin winners were Mary Cummins and Edie Crall. Mulligan tickets sold prior to play added a little more fun to the game. Lunch was arranged by Kat Danner and, again, the table decorations and lunch menu were outstanding. Because the tournament was so close to Valentine’s Day, Kat used hearts as a theme. Each player took home a red golf ball as a memento of the event. This annual event is a highlight each year. Special thanks to Hedy Gryszan and her committee for a really great event.

Now the Niners are looking forward to the Club Championship, which will be a three-day event held beginning March 5. The club champion will be the player with the lowest gross score total of the three days of play. In addition, two winners in each flight will be awarded prize money based on the total of three days Stableford Points.

Keep an eye on the Niners, and if you are interested in joining us for all the fun, contact Edie Crall, our Vice President.