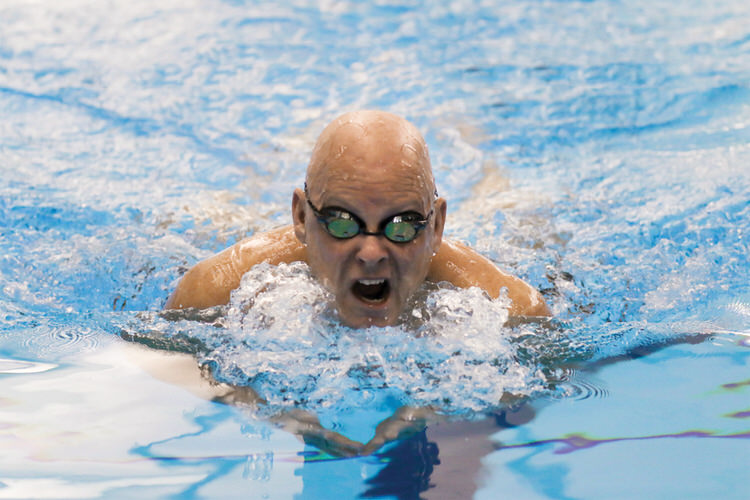 A lot has been written about Doug Springer’s contribution to the SaddleBrooke swim program. Since moving to SaddleBrooke in 2003, the former University of Maryland swimmer worked with the developer to ensure the then planned DesertView lap pool met standards for both recreational lap swimming and competitions. He helped organize the Swim Club and expanded membership and workouts that reflect the needs of both recreational fitness and competition swimmers.

Doug retired from coaching in 2020, but he didn’t retire from swimming. In recent years, Doug has consistently set, and in some cases annihilated, state and national age-group records in USMS-sanctioned meets.

Turning 75 last year, Doug was looking forward to swimming up in a new age group (75 to 79). In October, he and his wife, Nancy, traveled to the World Senior Games in St. George, Utah. This was a short course meter international event in which world records can be set. During the three-day meet, Doug swam eight events, setting eight new state records, two national records, and one world record, missing a second world record by 0.09 seconds.

In the 400 IM event, Doug beat the second-place finisher by one and a half minutes. In several events, his times were the best in the meet, beating men 20 to 25 years younger. Not bad for an old guy!

We are expecting several more records to fall at this year’s short course yards state meet, which the SaddleBrooke Swim Club is hosting at the Oro Valley Aquatics Center on April 9 and 10. Here’s a chance for SaddleBrooke residents to come and see our masters team swim. Hopefully, we’ll win another state championship and perhaps pick up a few more records.