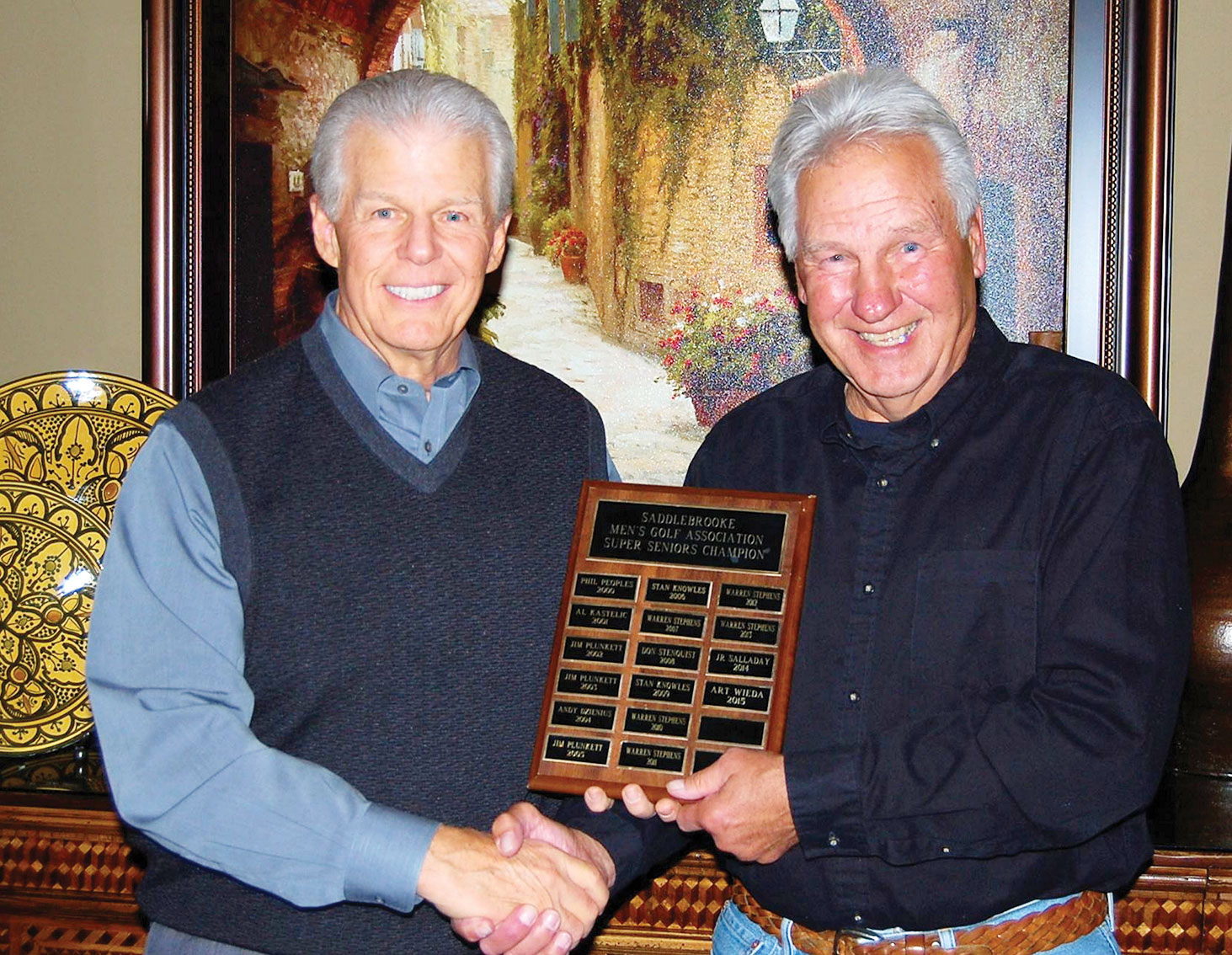 Closing the two day Super Seniors Tournament with a score of 73, Don Bilyk, a new SaddleBrooke resident, shot a combined two day gross score total of 145 (one over par) for a seven stroke win over second place gross score finisher Warren Stephens. Don was recognized for his excellent play at the tournament Awards Dinner on February 3 and will have his name engraved on the SMGA Super Seniors Champions plaque that hangs on the wall outside the SaddleBrooke One Pro Shop.

The tournament is a two day stroke play event for players who are 70 or older or who will be 70 years old during the year. The Champion Flight is scored with both gross and net scores while all other flights are net scores only. The Super Seniors Champion is awarded to the player with the lowest overall gross score. There were six flights with 70 Super Seniors playing in this year’s tournament.

In addition to Don who won the Overall Championship with the lowest gross score, there were net winners in all flights. Flight participants were paid down to four places.

It is impressive that we have 70 Super Seniors who compete in this tournament annually and can have a winner who can shoot a gross score of one over par in the two days of competition. Congratulations to all the participants and to the 2016 Super Senior Champion Don Bilyk.