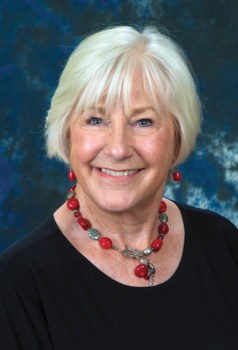 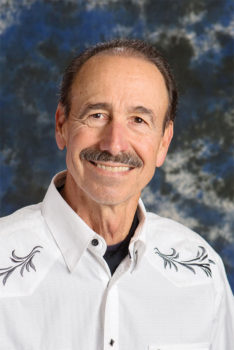 SaddleBrooke’s theatre troupe, Community Circle Players, is bringing dinner theater to you both this fall and next spring. Having consistently sold out their spring dinner theatre performances and entertained close to 1,000 each season, CCP will offer a stage production with dinner this November, plus another treat in March.

CCP Co-founder, Shawne Cryderman, is excited about directing the upcoming dinner theatre show Cookin’ With Gus, written by Jim Brochu and produced by special arrangement with Samuel French, Inc. The hilarious comedy is about Gussie, a famous food columnist and cookbook author, who has been offered her own daily network television show but is terrified of speaking in front of the camera. To cure her stage fright, her husband tries hypnotism, her agent employs threats and her gypsy neighbor casts spells. Their antics, which even include a full blown food fight, will serve up lots of fun for the audience.

CCP Co-founder, Susan Sterling, fills the role of Gussie and is thrilled to be back on stage portraying a character who experiences a wide range of circumstances and emotions. Like so many SaddleBrooke residents, retirement gave Susan the opportunity to reignite a passion that had been sidelined by job and family responsibilities. Having studied theatre arts in college, she used her acting skills in her career as a media advertising account manager. In 2011 on a whim, she auditioned for the Shears’ PrimeTime Players production of The Case of the Steele Deal and was cast in a lead role of attorney Cassie Blake. Subsequent roles included multiple characters in The Dining Room, Beth in The Bench (VS), Kass and Pam in House of Tomorrow and Chris in Calendar Girls. She also served as Assistant Director for The 39 Steps. To hone her acting and directing skills, in 2015, Susan participated in an eight-week Meisner Technique International workshop. Community Circle Players Co-founder, Susan served as co-producer of Eat, Drink and Be Deadly! and Don’t Drink the Water and directed The Mafioso Murders.

Tim Morsani, who plays Gussie’s complacent and teddy bearish husband Walter, has been acting in community theater for 50 years doing roles from Shakespeare to slapstick. SaddleBrooke audiences will remember him from The 39 Steps, Rehearsal for Murder, The Variety Show, House of Tomorrow and last season’s Don’t Drink the Water. Tim grew up on an Oklahoma farm with only imaginary playmates, making acting essential. After a high school play and a major community theater role, he auditioned for a college production. The University of Tulsa awarded him an acting scholarship that paid his books, tuition and dorm room during his junior and senior years. In return, Tim rehearsed and acted for 20 hours each week. After taking several years out to shape a business career, he returned to community theater in shows such as Oliver, Annie Get Your Gun, Man of La Mancha, My Three Angels, Of Mice and Men, The Foreigner and The Nerd. Cookin’ With Gus allows him to entertain an audience who likes to have fun with a good script, dedicated director and talented cast.

Start planning to attend one of the six performances of Cookin’ With Gus held November 11, 12, 13, 15, 16 and 17 on the stage of SaddleBrooke TWO’s MountainView Ballroom. The dinner theatre tickets, which goon sale October 1, will sell fast.