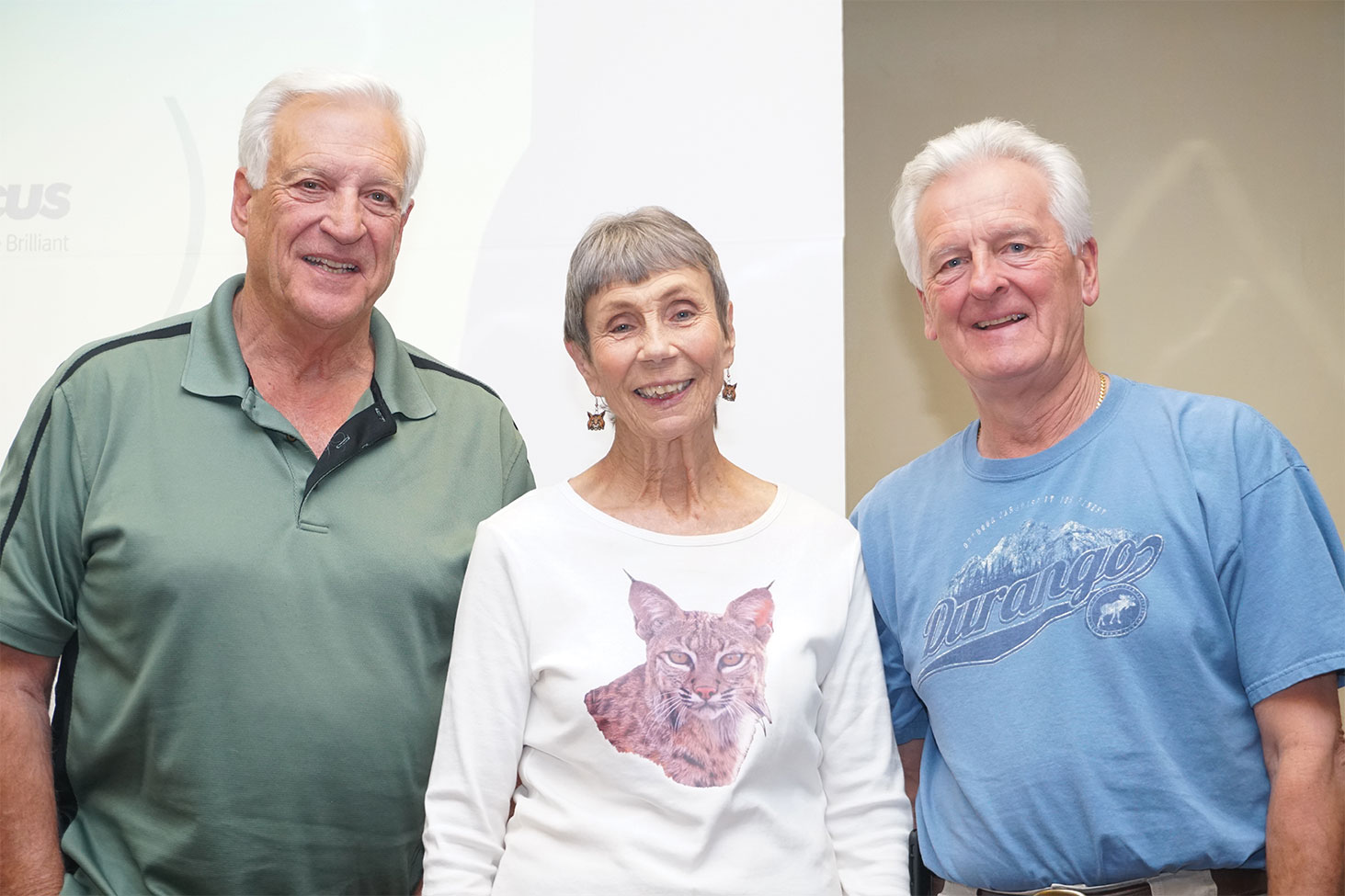 This was Doris Evans’ sixth annual visit to SaddleBrooke Nature Club. Our favorite speaker has been involved in studying and teaching about desert plants and animals most of her life.

Doris’ knowledge and curiosity about what’s going on in her yard has no limits. Much to our delight, Doris’ sleuthing skills have taken a giant leap with the purchase of a tiny Polaroid Cube video camera. (Actually, two cameras, a water-proof case and some DIY camouflaged Altoid Tins plus some extra-long PVC pipe and tiny camera robots made by a friend.)

These tiny cameras will film for one and a half to two hours. They are not motion-activated. The footage is all reviewed and edited by Doris. (The new cameras now have Wifi capability so it’s possible to watch what’s happening from an iPhone.)

Doris’ home is surrounded by natural desert. She has a 16” diameter cement dish that holds less than an inch of water in her yard. A camera was placed about three feet from the dish. Imagine Doris’ delight the first time she got footage…beautiful clear video of animals at the water dish!

We were thrilled to watch the edited version of what she filmed from a summer of spying on the animals in her yard.

*A bobcat prances into the frame, enjoys some water and then prances away with the sound of disturbed mother quail in the background.

*Javalina come with their entire families! We got an enhanced view of the inside of a javalina’s mouth as it examined the camouflaged camera Altoid tin. Another curious and hungry javalina played rough with the camera-robot. The javalina chewed off an arm then spit it out…so there is something a javalina won’t eat!

*The Greater Road Runner stands on the edge of the dish with two toes forward and two toes back. Like most desert birds, the Road Runner must tip his head back in order to swallow.

In the 116-degree temperatures many birds and animals come for a drink but also step into the water to cool off. We saw quail, Cooper’s Hawks, Mourning Doves, White-winged doves and even a gopher snake slithered through the frame.

Other animals were filmed by the hummingbird feeder including a long-nosed bat and Gila Woodpecker.

*An Antelope Ground Squirrel carefully climbs a barrel cactus shaking its paw as it gets pricked by needles. At the top is the prize; tufts of cotton to be eaten or taken back for nesting material.

*On a nearby rock two Desert Spiny Lizards mated while a ground squirrel sat up, ate a treat and watched.

There was applause as Doris ended her video. We look forward to her return next year when no doubt she will have found another new animal detective device.