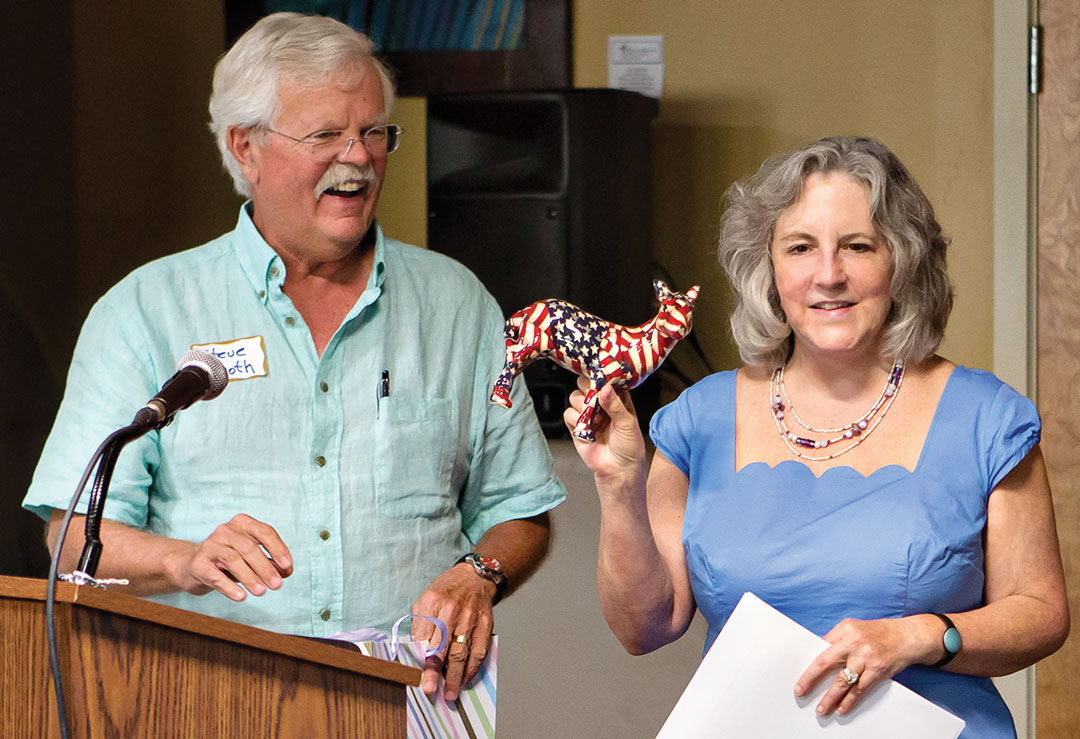 The July meeting of the SaddleBrooke Democratic Club was held on Tuesday, July 14. Ms. Pamela Powers Hannley was our guest speaker. Attendees attentively listened to her topic, The Good, Bad and Ugly of Social Media. Her informative and entertaining presentation provided useful information for all of us. In addition, she addressed the politics of Arizona from her perspective as a writer about politics, economics, healthcare and immigration for not only the Blog For Arizona but for the Tucson Progressive and the Huffington Post as well. A Tucson resident and a lifelong Democrat she is Communications Director for Progressive Democrats of America, co-chair of the Arizona Progressive Caucus and co-director of Arizonans for a New Economy.

The guest speaker at our August meeting will be State Senator Barbara McGuire. Currently representing LD8, Barbara is exploring the possibility of running to replace Ann Kirkpatrick in CD1. Join us and hear Barbara share with us her ideas in support of her efforts to represent us in Washington.

Each monthly meeting of the SaddleBrooke Democratic Club is held on the second Tuesday of the month at 3:30 p.m. in the HOA 1 Activity Center, 64518 East Galveston Lane, SaddleBrooke, Arizona 85739.