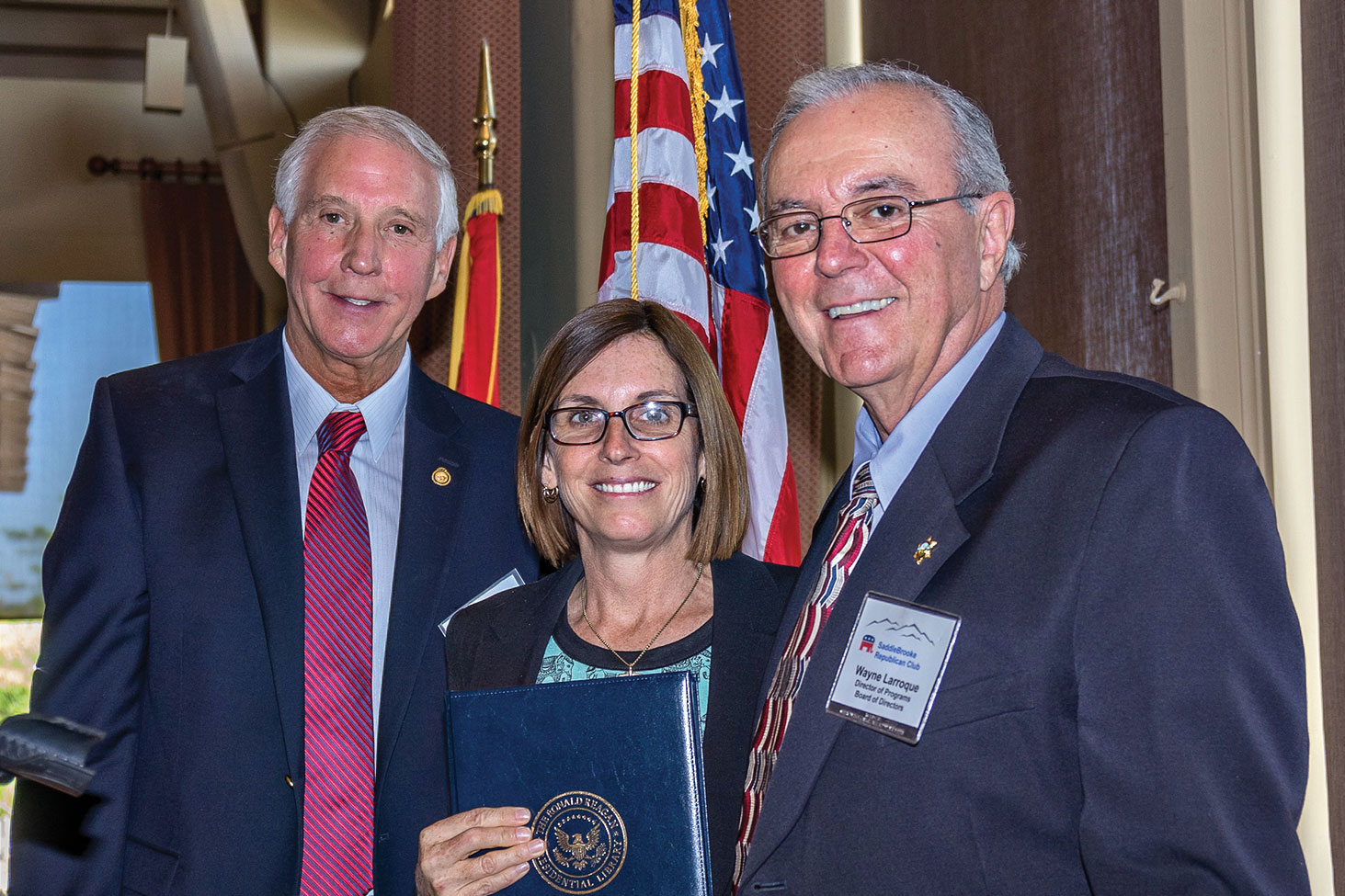 At noon on April 20, Congresswoman Martha McSally gave all of us as members of the SaddleBrooke Republican Club luncheon event a memorable and fitting review of her first 104 days in office serving as an Arizona member of the 114th Congress. The congresswoman told of her efforts in supporting the continued use of the A-10 Thunderbolt fighter-bomber aircraft with which she has lots of experience because she flew that plane in combat when she was with the USAF as a full Colonel. She pointed out how critical this close-support plane is to our U.S. ground forces. Tucson’s Davis-Monthan Air Force Base currently has five squadrons of A-10’s based there with over 1000 support staff. The base is a huge economic boon to southern Arizona.

Martha discussed her recent trips to the border and how she has been leading the concerns of the Arizona delegation and others from the congress to focus on the continued illegal crossings of drugs and people as well as the harm caused by this illegal influx to local ranchers, farmers and those who live in the Border area.

The congresswoman also told how she, that very afternoon, was fighting alongside local leaders to keep open our Tucson postal transfer and sorting facility. Tucson is one of only two sorting and transfer stations in Arizona, the other being in Phoenix. Martha went on to say that, by comparison, the state of Vermont currently has three such facilities and less than one third of the population of Arizona. Martha’s schedule had her very busy and she had to leave earlier than expected.

Our own Sheriff Paul Babeu then addressed our gathering and pointed out some of the continuing issues our Sheriff’s Department has to deal with in our county. He stated that even though Pinal County is more than 70 miles from the border, we have ongoing and rampant drug trafficking passing through from Mexico. There are hilltop spotters in the mountains using covert coded radios alerting drug cartels where his Sheriff’s Deputies are located. In order to jail these traffickers, our Sheriff’s Department now has deputized a number of Border Patrol officers as Pinal Deputies so the sheriff can now arrest and hold them for trial. This ongoing picture of drug and people smuggling has to be most disturbing to all of us.

The SaddleBrooke Republican Club had more than 175 attend our luncheon event. We have had rave reviews as to our speakers and the content of their discussions. For your future enjoyment, we are working to get our newly elected Arizona Governor Doug Ducey to visit with us this fall.