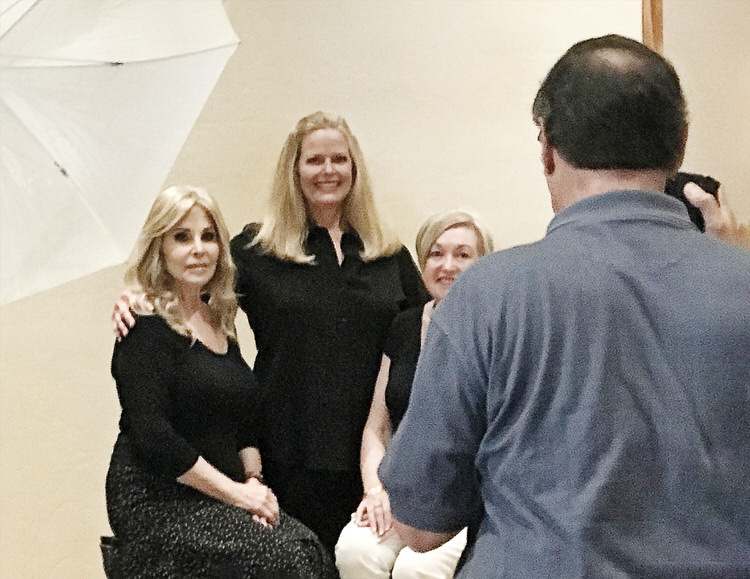 Look at these numbers for Community Circle Players (CCP): 34 auditioned for the 25 speaking and non-speaking roles in the eight plays that comprise An Evening Of One Acts. This remarkable production has five directors and a tech crew of six. Half of the cast is new to CCP!

Eagerly joining the troupe is Mark Albrecht, a former management consultant and public speaker, who auditioned after living in SaddleBrooke for only two weeks. He acted in high school and was a contributing writer for one of those plays. Mark is looking to expand his creative skills and leverage his writing, storytelling, and music composition/performing by also providing sound and music composition for this production.

First-timer Jim Burke is “looking forward to the challenge.” Since retiring, he and his wife have enjoyed traveling the world independently and even taught a Summer Citizens course, Independent Travel for the Adventurous Soul. A former Peace Corps volunteer and veteran, Jim was in law enforcement for 25 years.

Ralph Carlile’s education and career were focused on the sciences, but he has always had a desire to be in theater. “Finally in retirement, it has happened. I am thrilled to be part of the CCP and associated with such amazingly talented people.”

Marilyn Ginther just recently moved to SaddleBrooke from Olympia, Wash., where she was a fiscal analyst. She’s enjoying SaddleBrooke’s many activities, including Ladies Putters, water aerobics, a book club, and CCP. Though she has never acted on stage, she’s been known as the “office party lady” who creates fun in the workplace.

Liz Houser, who acted in a Shakespeare club in high school, happily moved to SaddleBrooke in April 2021. Her career in state government executive leadership provided over 30 years of public speaking but left little time for community theatre. When she discovered CCP, she couldn’t wait to get involved.

Carol Henry is also excited to be a part of this energetic cast. After participating in many plays in high school, Carol raised children, got her MBA, and taught math and business classes. This is her first play with CCP after moving here a year ago. While in Colorado, where she and her husband started All Kids Dental, Carol took acting classes, joined the Evergreen Players, and participated in reader’s theater.

Phelps L’Hommedieu and his wife moved south from Montana to SaddleBrooke in 2007. “I’ve enjoyed 66 years in all aspects of theater and am looking forward to being on stage with the talented group of actors and directors of the CCP!”

Lori Lyle and her husband moved here in late February and hail originally from suburban Chicago. She not only acted in Illinois, California, and Wyoming; Lori was the drama coach at a rural Wyoming high school. A retired licensed professional counselor, she devotes time to screenwriting and filmmaking, plus running, reading, and swimming.

Al Weigel is a new SaddleBrooke resident, though he received his master’s from the U of A many years ago and has been living in Tucson since 2013. Al performed in various theatrical productions while in college and beyond. “I enjoy the opportunity to be part of a cast and the creativity involved with portraying a character.”

Douglas Wolf, a native of Minnesota, moved to San Diego in 1984. He was a radio talk show host on AM600 KOGO for three years and also participated in community theatre. Moving to SaddleBrooke four years ago, he was in the 2018 SaddleBrooke Variety Show.

There is a lot of new talent! Many appear in several plays in this evening of one acts.

Tickets: Tickets go on sale Oct. 5, starting at 8 a.m. in the SaddleBrooke TWO Administrative Office, or online with a credit card.