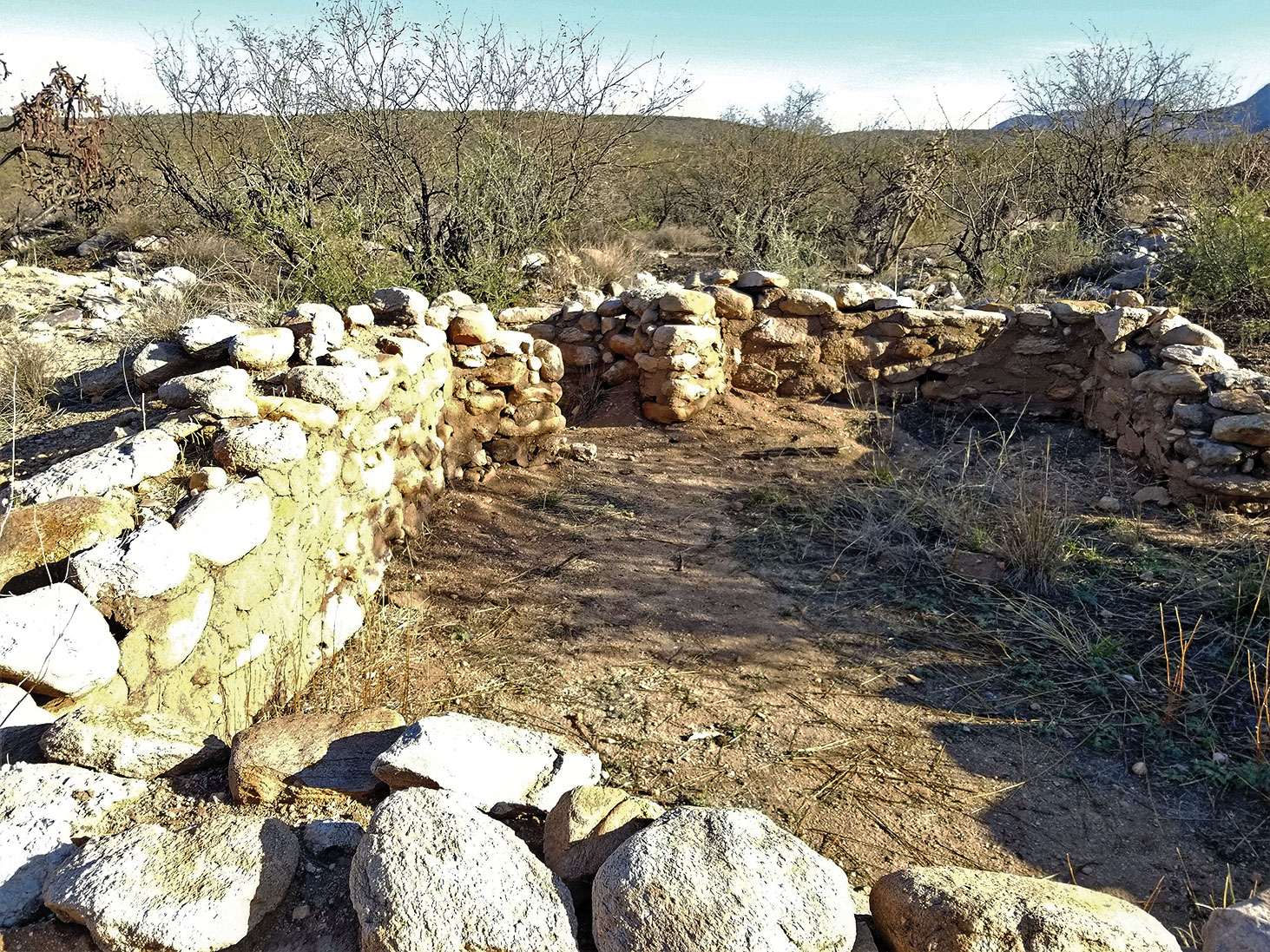 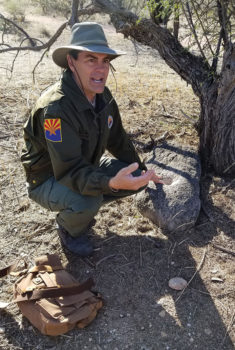 February 22 was a very cold morning when thirteen SaddleBrooke hikers left to go to Catalina State Park for a tour around Romero Ruins with a ranger, followed by a hike around Alamo Canyon. Jack, the ranger, met us at the Ramada at Romero Ruins parking area and gave us a brief overview of archeological sites in the area and how they differ from Romero Ruins in Catalina State Park. The other sites have been excavated and, in some cases, reconstruction has been done. The ruins have been left mostly as they were found.

After we went up the stairs to the site, Jack spoke of what each area was and constructed a good image of what we were looking at. We saw the old walls around the site and the newer remains of the building that Romero built so many years after the Hohokam left the area. He told of us of many customs and traditions of the tribe that lived here. He felt that this site was a major center for these people, as most of the other sites were very small. Jack was very informative, had a great sense of humor and was very enthusiastic. We followed up with a pleasant hike to Alamo Canyon, stopped for a snack/lunch, and then returned to our cars.