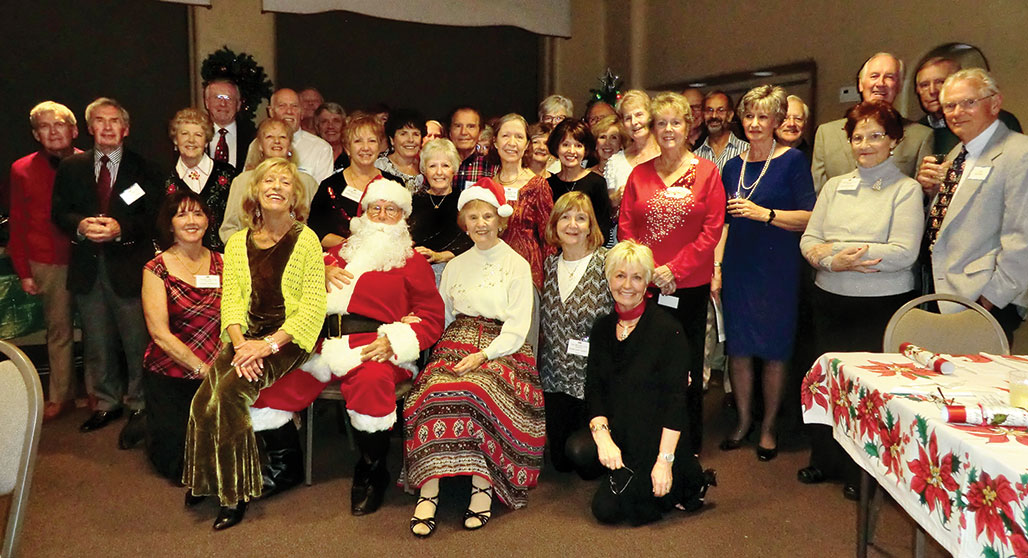 The British Club gathered at the Activities Center for a Christmas party.

On Sunday, December 14, 46 members of the British Club enjoyed their Christmas Party at the Activities Center. After cocktails at 5:30 p.m. a potluck buffet contributed by all members was served where they enjoyed a delicious turkey dinner with all the trimmings, followed by delicious desserts. Entertainment was provided by wonderful Accordionists Shirley and Jim O’Brien Music on the Road, playing holiday songs.

Joining in with printed song sheets members agreed a jolly good time was had by all. Following the entertainment the British Club presented a check to the entertainers who will donate to IMPACT of Southern Arizona, a nonprofit organization whose general areas of service are the basic needs of food and clothing, senior programs, youth activities and community education. They also provide referrals for services that they do not provide in-house. Peter Godfrey, a member of the British Club and treasurer of IMPACT, was pleased to accept the check on behalf of IMPACT, formerly Catalina Services.

The evening continued with dancing, finishing up with Auld Lang Syne. Everyone thanked the Board and committee for their efforts to make this a very successful Holiday event.

Membership is open to any person who was born in Britain or The Commonwealth or holds or has previously held a British passport and is a current homeowner in BHOA1, SBHOA2 or SaddleBrooke Ranch.