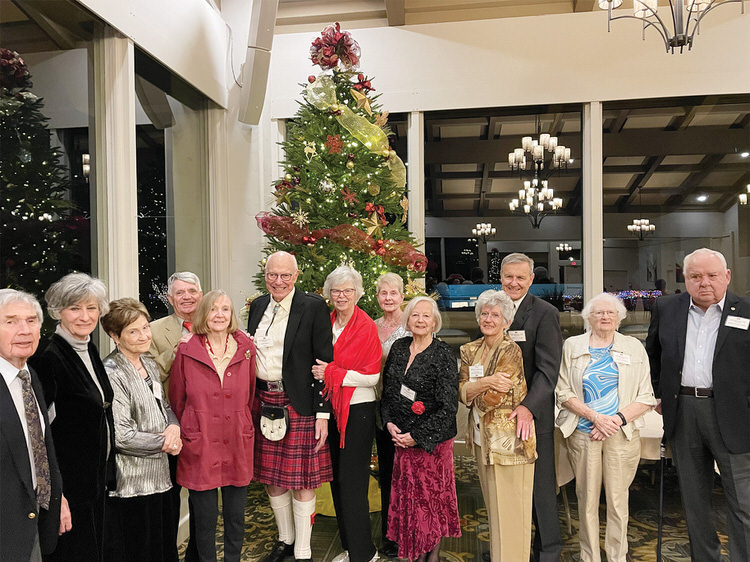 On Dec. 16, 14 members of the British Club attended their annual Christmas party, this time teaming up with Unit 5 at the clubhouse in the Vistas’ dining room in SaddleBrooke One. The camaraderie was palpable, and everyone had a fabulous, festive evening enjoying the wonderful food served and the delightful live music playing.

Much to the delight of everyone, John Bray wore his Scottish tartan kilt and sporran with dirk in his sock.

Eventually, after the COVID restrictions have eased more, the British Club will resume game afternoons every second and fourth Friday of the month. They will have a social event in the bar area at the SaddleBrooke Clubhouse, which includes the following activities: canasta, Mexican Train, and maybe bridge from 1 until around 4 p.m. This is followed by a social hour and a bar meal.

Membership is open to any person who was born in Britain or The Commonwealth or holds, or has previously held, a British passport and is a current homeowner of either SaddleBrooke One or SaddleBrooke TWO. The member’s spouse or partner may be of any national origin.