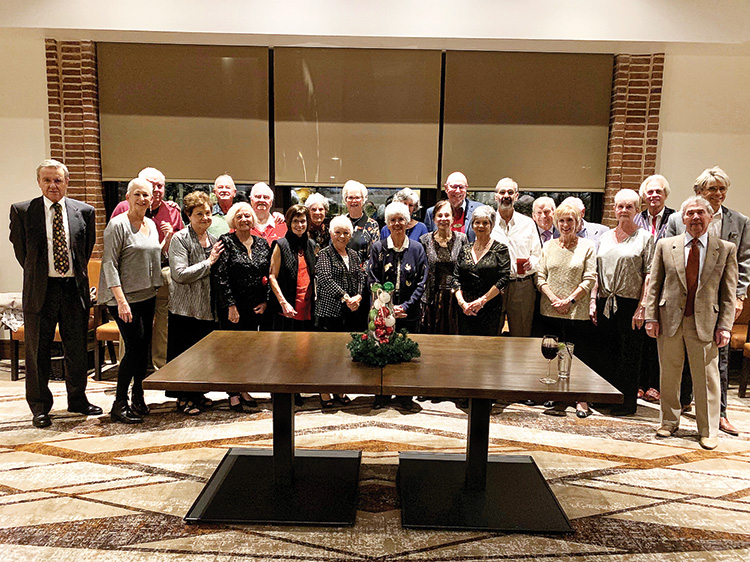 As a wonderful prelude to the Christmas festivities on Wednesday, Dec. 18th, the dining room at SaddleBrooke Ranch was festively decorated and had a roaring fire.

We had a lovely surprise during our annual British Club Christmas Party. The Queen (played by Ethel in a mask) stopped by and joined the King (played by club president, David Taylor in a golden crown from a holiday cracker) to wish everyone a Merry Christmas.  All a bit of fun.

In attendance were 22 members. Barbara Effer brought two guests who company we all enjoyed. We hope they come back next year.

We were served a traditional English Christmas dinner – turkey and dressing with all the trimmings – and apple pie for dessert. Ethel brought along her delicious homemade Christmas puddings and distributed them among members who had placed their orders prior to the event.

We didn’t forget the Christmas crackers, of course. Cheers Ethel!

It was a delightful evening! Everyone thanked Ethel Willmot for organizing this fun British Club Christmas Party!

Membership is open to any person who was born in Britain or The Commonwealth or who holds or has previously held a British passport and is a current homeowner of either SaddleBrooke One, SaddleBrooke TWO, or SaddleBrooke Ranch.