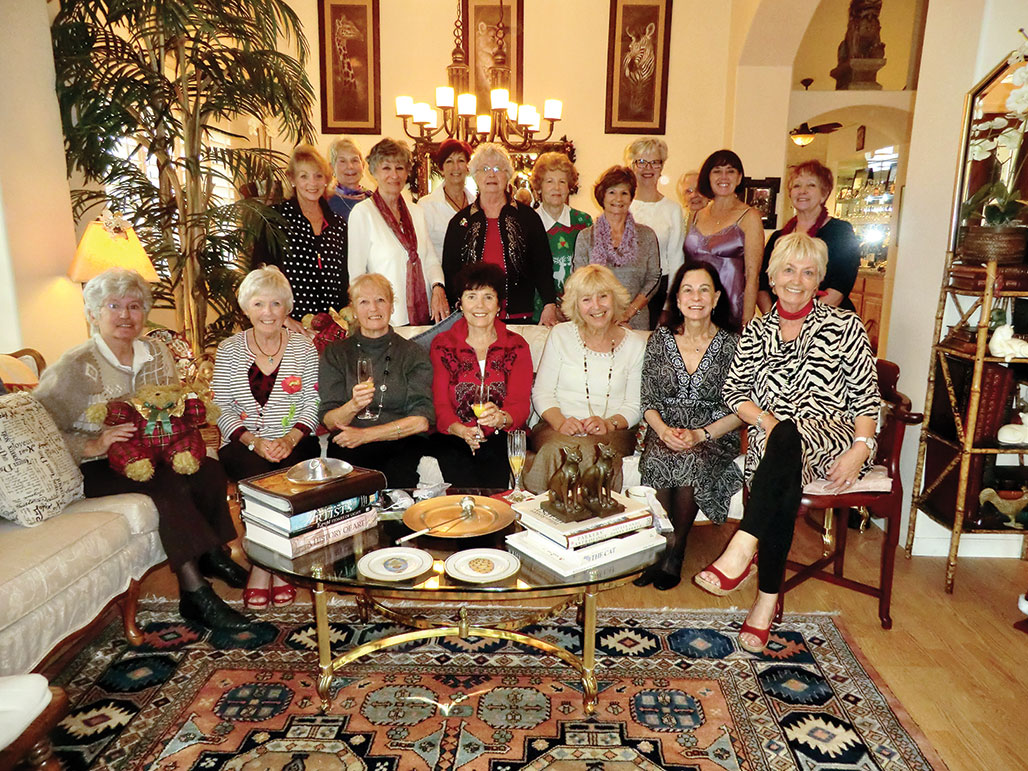 The women of the British Club enjoy a holiday coffee gathering.

Everyone thanked Twink for inviting them into her home for this very enjoyable holiday coffee morning.