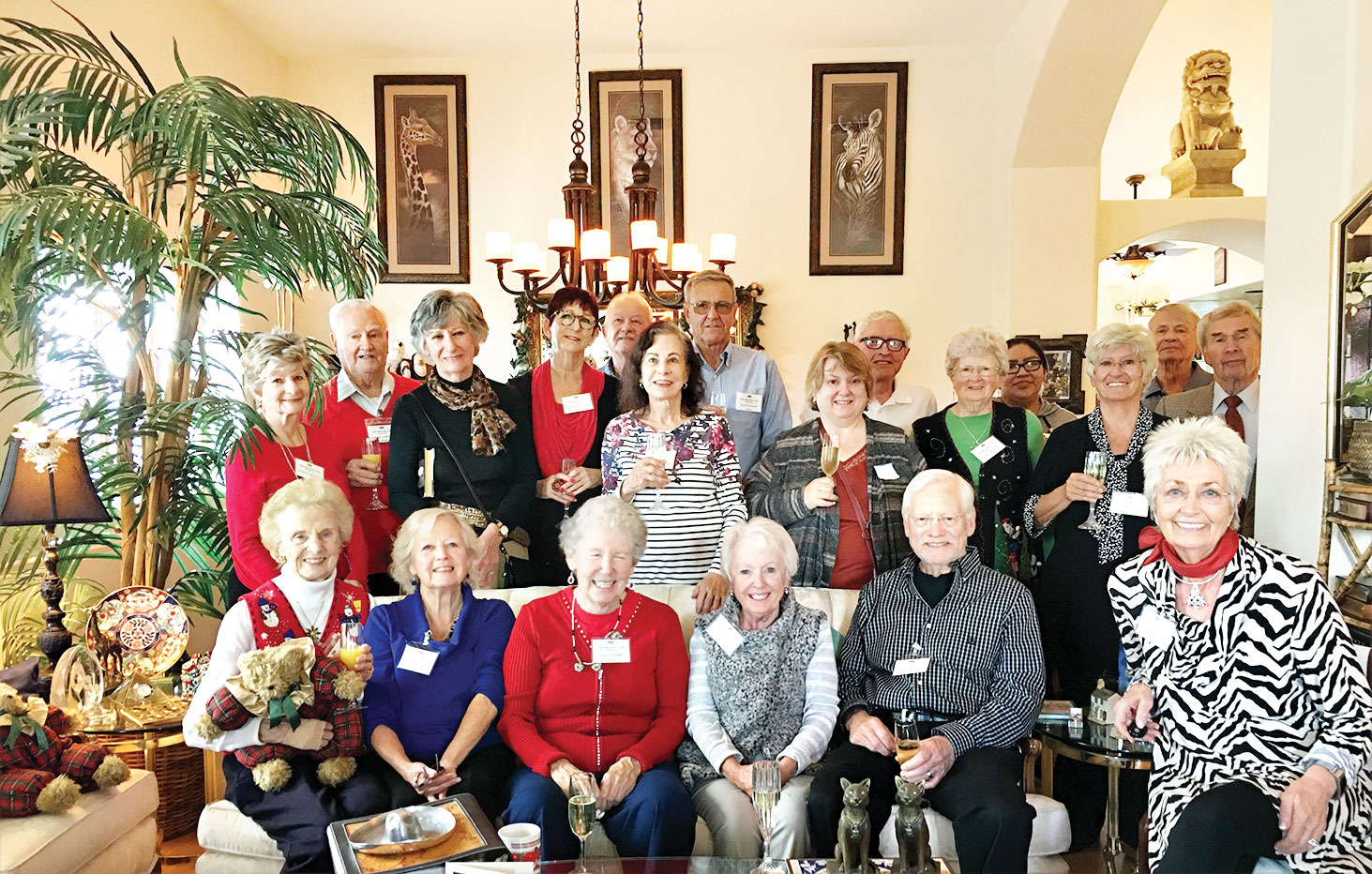 Ethel Willmot distributed her homemade, delicious Christmas puddings to members who had placed orders earlier in the year. Finalizing the holiday morning, they all sat around the fire with the Christmas tree and sipped a champagne mimosa toast, wishing everyone very happy holidays and a happy, healthy new year 2019.

Everyone thanked Twink and Bob for inviting them into their home for this very enjoyable holiday coffee morning.