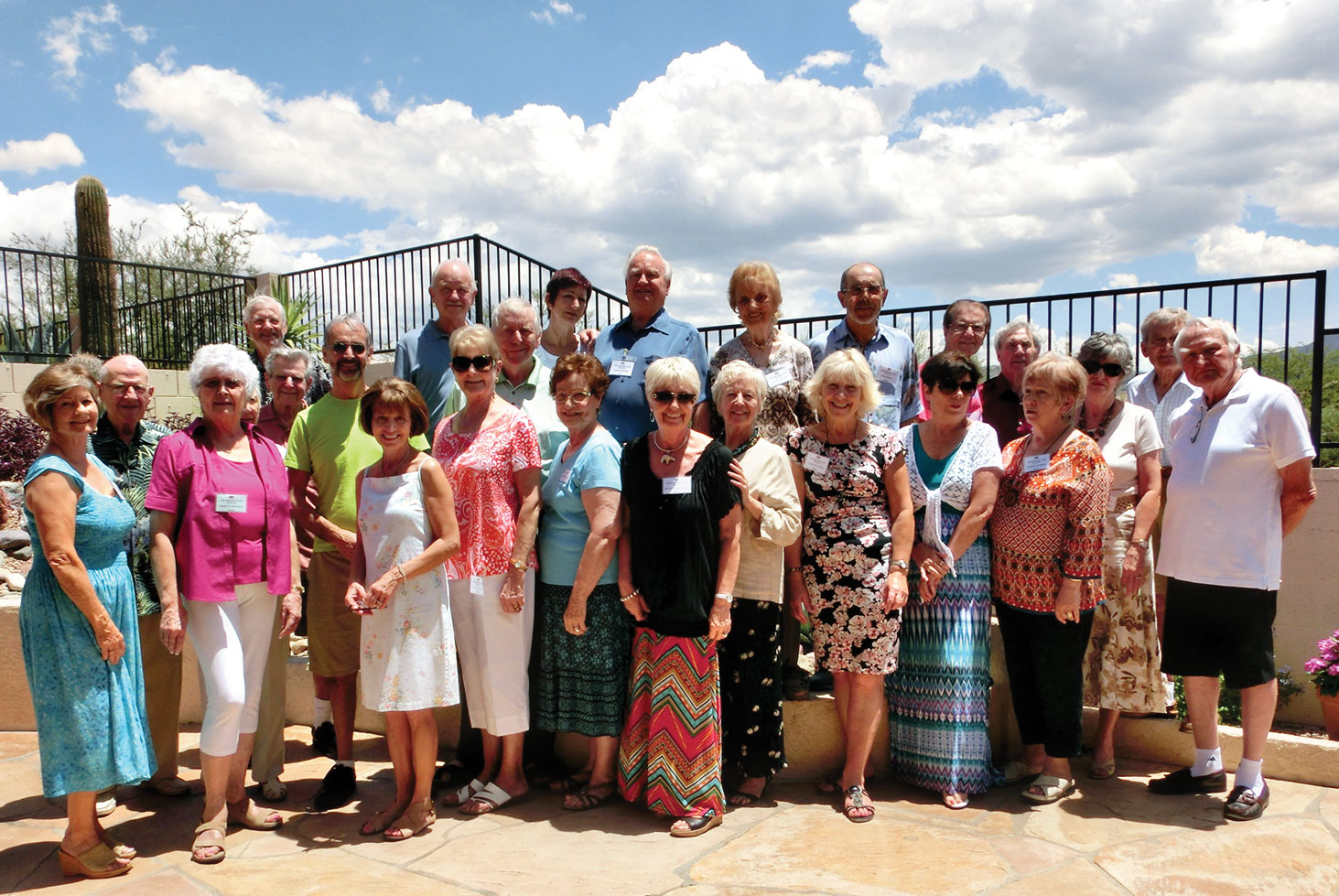 British Club members met at the home of Eileen and Mike Sedgwick.

The ladies were joined by their husbands at a British Club Coffee Morning and Book Exchange Saturday, 11 July, at the home of Eileen and Mike Sedgwick. Twenty six members enjoyed scrumptious, freshly baked, homemade delicacies of sponge cake with orange cream filling, fruit cake, cookies, a variety of tarts – lemon curd, strawberry jam and blackcurrant jam and coconut mounds – with freshly brewed coffee and tea. A pleasant surprise of Mimosas was served just before we all left to get on with our day.

Thank you, Eileen and Mike, for hosting this fun Coffee Morning and Book Exchange.

Membership is open to any person who was born in Britain or The Commonwealth or holds or has previously held a British passport and is a current homeowner in SBHOA1, SBHOA2, or SaddleBrooke Ranch. The member’s spouse or partner may be of any national origin.